Each year This Feeling go above and beyond to highlight the bands to look out for in the new year. Hosting at north London’s live music venue, Nambucca was opened with a warm welcome by the indie quartet Getrz. You can read our write up on their latest single, ‘Bite,’ here.

Bouncing a cocktail of alt-rock bangers are your favourites, Sad Boys Club opening with their furnished tack, ‘Sleepyhead.’ Blending pop tendencies with rhythmic riffs is their acclaimed track, ‘Silverlined.’ Strutting on stage, frontman Jacob Wheldon embodies everything from a bit of Alex Turner, to the art-rock buoyancy of Sundara Karma and charm of your favourite, Matty Healy. As the lights dim to a midnight blue, a distant, “i love this song,” is shouted by a fan as the boys shimmer into, ’15/01.’ Bouncing around on stage, Sad Boys Club played a vibrant set, praised by an enthusiastic audience. “This is our last song, its called, ‘Now,'” says Jacob, who not long into their instrumental dashes off into the audience to catch The 1975 at Londons O2 Arena. 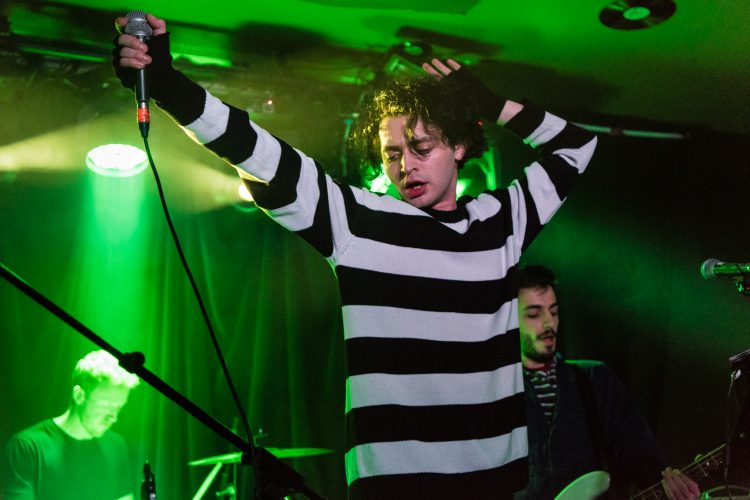 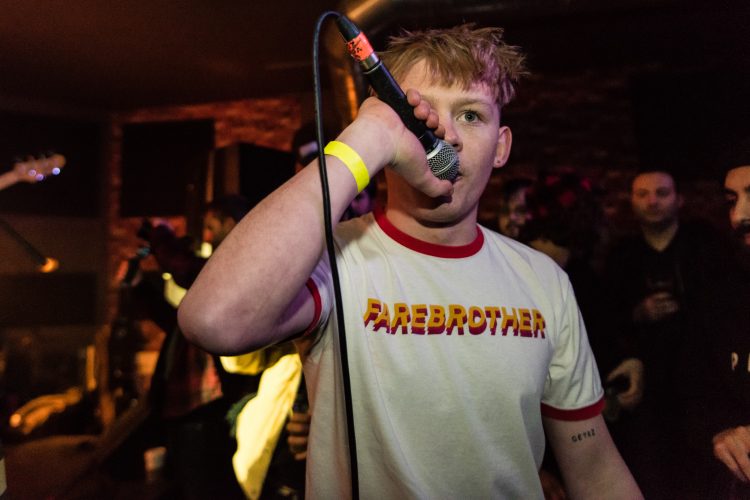 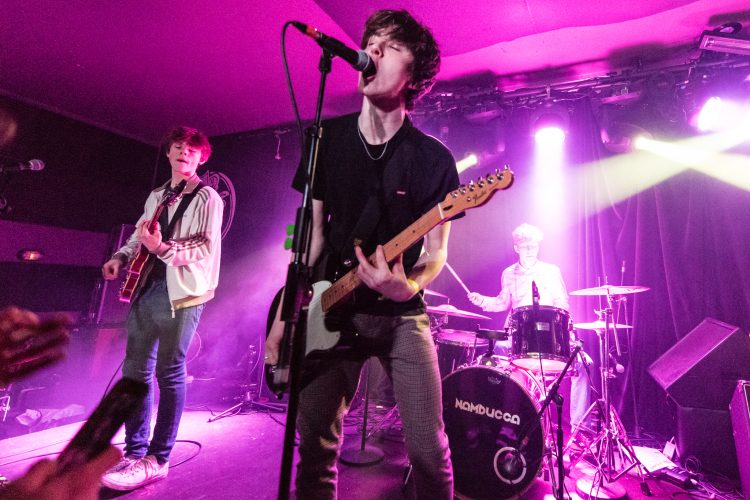 Up next are youthful bunch, The Estevans; absolutely killing their slot as they bounced into their buoyant track, ‘I Gotta Know You.’ Roaring with energy, the indie quartet channel the Noughites with their drubbed bass-lines, bendy riffs and playful lyrics in, ‘2 Minutes from the Lincoln.’ 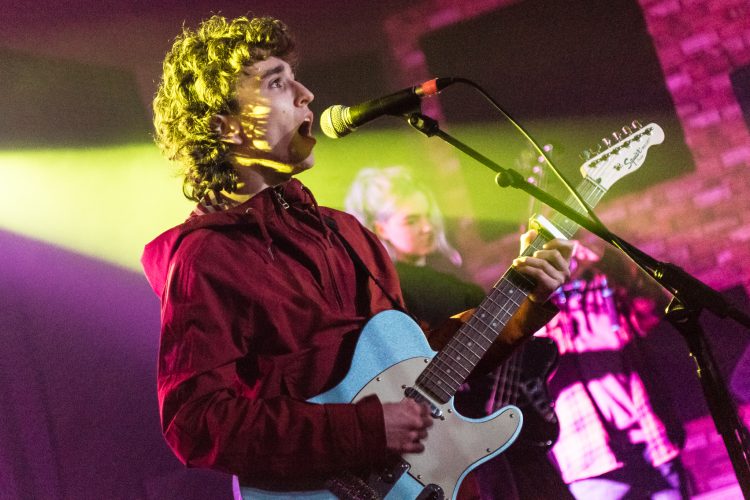 Mixing up the tone were half hearted Lacuna Bloome, another younger generation on the set list for the night. Whilst Big in 2019 showcased some great up and coming acts this year, Lacuna Bloome didn’t quite exhibit the same energy as the rest of the set list. Nonetheless, whilst they’re still young, its fair the teens have a lot of punch to offer throughout the rest of the year, with hit singles, ‘Find Your Way,’ and, ‘Alright,’ justifying them a decent spot in the This Feeling scene, their journey is only upwards from here.

Swaying towards country undertones, is the quirky Zuzu, the nice distinction Zuzu had from the bands of the night would have to go to their merge of psychedelic synths and prominent guitar heavy core. Fans of Calva Louise, or just female front-woman taking the limelight will be keen on this one. Playing their Made on Earth By Humans EP, ‘All Good,’ went down an absolute treat, following others, ‘Beauty Queen,’ and their latest track, ‘Cant Be Alone,’ released in 2018. Zuzu are a big one to be looking out for this year! 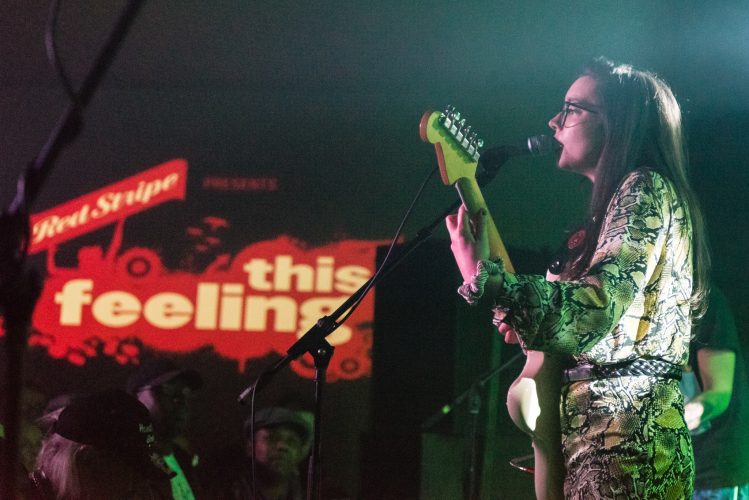 Throwing a spanner into the works were Hands-off-Gretel, the perfect, screamo four-pierce. Hailing from South Yorkshire, the alt-rockers consists of singer and lead guitarist, Laura Tate, Sean McAvinue on guitar, Sam Hubbins on drums and Becky Baldwin on bass. Fusing everything grunge with a pinch of salty attitude, HOG were a change to the usual This Feeling Nambucca special lineup. Playing track-by-track at neck-break speed, its fair to say their set was a different punch of adrenaline from the previous set. ‘S.A.S.S,’ flipped spoken word lyrics with steady rock funk beats.

Walking onto an encore of cheers are the respected Latenight Honeymoon, bouncing a tracklist of playful alternative-indie bops, including their glistening ballad, ‘Live Your Life Without Me.’ Flashing in his salmon shirt and baby blue suit, frontman Ted Joyce bounced alongside blue and pink stage lights for their pop track, ‘Lost on You.’ Listed as the penultimate act, the band played to a giddish crowd, as fans danced alongside their swirling riffs and infectious hooks. 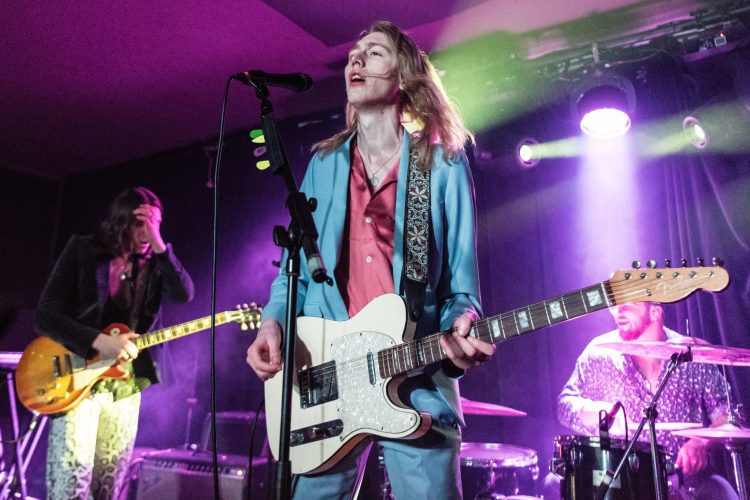 Ending with Youth Killed It, Nambucca’s photographers were practically sinking into mosh pits as the crowd furiously threw themselves around to songs, ‘Headbutt,’ ‘Popstar,’ and more.  Saturdays line-up flipped back and forth from indie, to grunge, to melodic synth pop and more, but overall one of the best new year specials Nambucca have put on so far.

Here’s to new music in 2019, make sure to support your local bands, they could be the next big thing.

Big in 2019, at Nambucca, setlist and band information as follows,

#Bigin2019 This Feeling Track of the Day : Saint Agnes ‘Welcome To Silvertown’