I have seen Suede perform many times previously, yet this was the first time in which there was no buzz of excited energy rippling through the crowd in the wait for them to arrive on stage. Instead we stood solemnly in front of a projection of the French flag, noticing the empty seats and gaps in the standing area. Tickets had sold out but many were too afraid to attend the world premiere of Suede’s feature film and album, Night Thoughts.

There was no support act as Suede were focusing on their film and then wanted to perform “hits and treats” afterwards. As the lights went down, the film was projected on to the screen as silhouettes of the band playing behind it danced across. To say Night Thoughts is a gritty album is an understatement to say the least. Suede have always voiced working class struggles (‘Young Men’, ‘Animal Nitrate’ to name a couple) but the themes of suicide, loss and depression will hit your heart like a hammer.

The album opens with the gentle eeriness of ‘When You Are Young’, as we see a young man on a deserted coastline making his way into the ocean to drown himself before entering into the beauty of ‘Outsiders’. ‘Outsiders’ was the only track from the album that the crowd already knew and having the stunning visuals of the film slowly playing while the silhouette of Brett Anderson passionately sang into his mic sent shivers down my spine. The rest of the film made difficult viewing as scenes of kidnapping and violence unfurled. However Suede have taken a mature direction in this album, making the most of soaring, orchestral sounds while still maintaining Richard Oakes’ magnificent guitar lines. Night Thoughts won’t be a commercial friendly album with hits for the radio, but as a concept album I have no doubt it will be very well received. 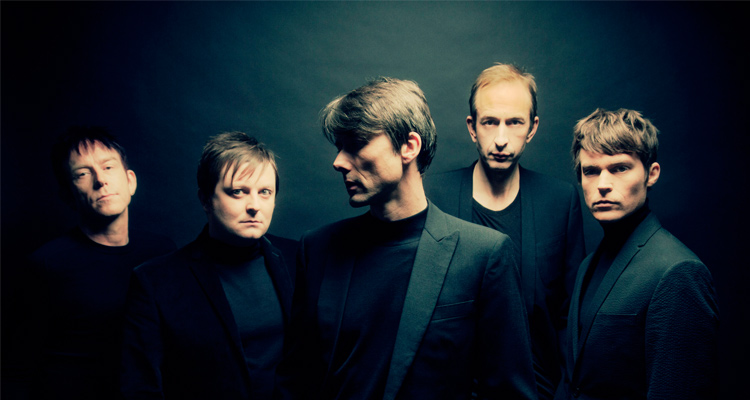 The hits And treats were exactly what it said on the tin. Opening up with ‘This Hollywood Life’ lifted the spirits of the crowd and by ‘Trash’ everyone was fully singing along with joyful exuberance. Brett Anderson reminded us of his showmanship by dancing across the stage with his trademark sassy attitude and getting the crowd to do much of the singing in hits such as ‘So Young’.

Arriving back on stage after having ended on ‘Beautiful Ones’, Suede dedicated their encore to those who had died in the Paris terror attacks. ‘The 2 Of Us’ reverberated across The Roundhouse and with it’s poetic lyrics and Brett’s operatic vocals, it was a most fitting tribute. I was then pleasantly surprised when ‘The Asphalt World’ followed before ending it all on the majestic ‘Still Life’.

I was debating whether I should be travelling through London in the wake of the terror attacks and it was clear that many people had chosen not to. However this gig proved that music brings joy, love and solidarity and therefore, it will be one of the strongest weapons that the world will ever have.