With no release date set for their upcoming second album, this support slot allows for Jagwar Ma to dust off, shake down and get ready for the part of their career where they step up, just as their fellow Aussie headliners did before them. Often placed in the same bracket, there are clearly trippy psychedelic influences fuelling the trio’s sound, but rather than the usual tie-dye tunes that are both familiar and new, Jagwar Ma’s thump has more in common with the darker dance scene of the ’90s.

With the laddishness of the Gallagher bros, dub smashes of Underworld and hooks a la Happy Mondays, Jagwar Ma’s sound is a shitmix cocktail of Britpop influences, creating shit-hot anti rock ‘n’ roll designed for the ear of today’s vinyl favouring crowd: hipster, raver, hippy, whatever. By third track ‘Uncertainty’ they’re receiving the participation from the crowd that few support acts can expect even from their final applause, and without begging for it either. New tracks ‘Obi Wan’ and ‘Everything’ hint that their sound won’t be heading to the mainstream anytime soon, while extended takes on ‘Come Save Me’ and ‘The Throw’ swarm around Ally Pally like angry wasps – their yellow and black stripes teamed with matching coloured smileys. 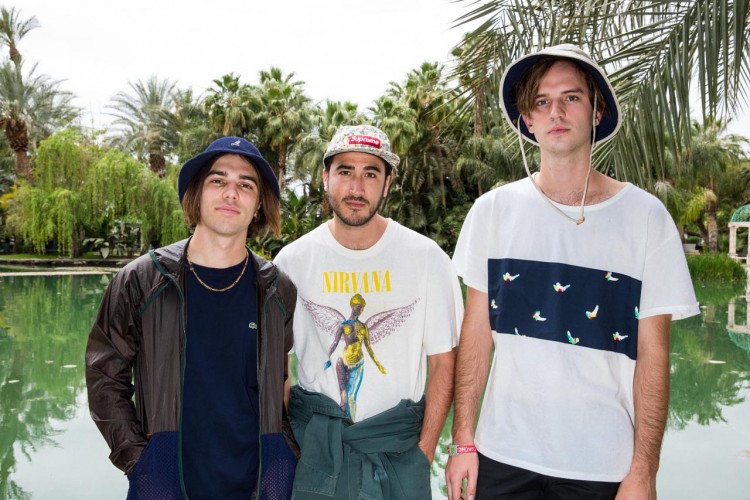 Tame Impala tease the crowd with groaning sirens and flashing lights leading up to their entrance, like something from War Of The Worlds, before an instrumental intro leads into last year’s extended, half-psyche, dance-drip trip, ‘Let It Happen’. With confetti cannons exploding before the track’s climax, it’s as if the band have begun with their encore; indeed, it feels as if they really do only go backwards.

“Ally Pally, we made it. We’re all here!” frontman Kevin Parker declares –  the wizard of the Oz act, but one far from hiding behind smoke and mirrors. Since joining forces with Mark Ronson on his Uptown Special album, Parker has become something of a standalone figure, bringing funk and dance from his travels to his band, as shown tonight with mirrorball moment ‘The Less I Know The Better’ and ‘The Moment’, which is a little more psych-heavy live then it’s hip-hop flavoured studio cut. Fellow Currents track ‘Yes I’m Changing’ is the theme to an ’80s teen-flick that never was, while ‘Eventually’ is equally mid-tempoed, yet successful in moving the audience from the crowd control stand to the back bar.

Of course, anthems ‘Why Won’t They Talk To Me?’, ‘Elephant’ and encore opener ‘Feels Like We Only Go Backwards’ provide the antithesis of their music, the swell of the sound filling the room like a more pleasant version of that tube tunnel ear pop. Ear pop music, perhaps. At outdoor venues it can escape with the wind, but inside the Palace it’s captured by every member of the mixed-bag crowd. Somehow the flying glasses of whatever liquid fills them look stunning when backed by the multi-coloured screens and kaleidoscopic sounds of the band, and if you can make just one person think that plastic pots of piss are pleasing to the eye, there’s clearly something magic about what’s happening on the stage.