A set of British Summer Time gigs that didn’t include at least one example of musical royalty would, I expect, leave the public feeling some what robbed. Seeing as this is the case, festival goers felt anything but disenfranchised when the full line up details were announced for this years 2 week residency in the grounds of London’s Hyde Park, especially when announced that legendary band The Who were to headline with non other than Paul Weller, as main support. Impressive as it may be, the line up isn’t unsurprising when most have either supported The Who in the past, or simply long time friends of Townsend and Daltrey. A very sunny Friday afternoon was the setting as British Summer Time (yes, sun – that’s a surprise) commenced its final weekend this year with a real party atmosphere. 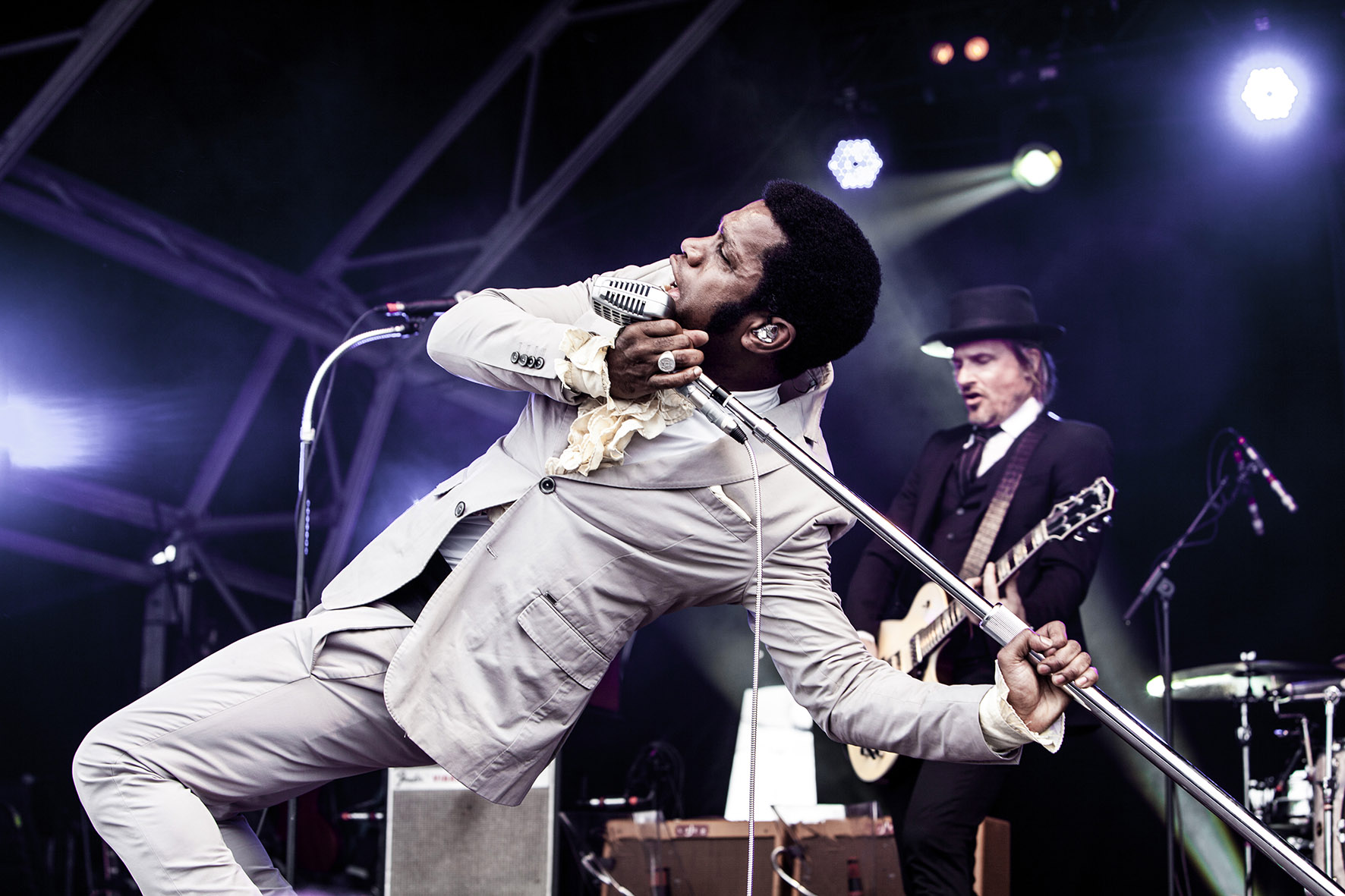 Not only were the audience in the presence of arguably one of the most important bands of the last century, but were also treated to a showcase of equally fantastic (although slightly of less historical importance) musicians. One of these came in the form of Vintage Trouble; a high octane burst of energetic blues-rock. Having just come off the back of a support slot with rock juggernaut’s ACDC and having previously supported The Who in 2013, the Californian quartet were comfortable when greeted with a large and willing crowd. ‘Run Like A River’ and the anarchic ‘Blues Hand Me Down’ seemed to crave a larger stage, proving that as warm up acts go, Vintage Trouble know how to get an audience dancing… far better than Kaiser Chiefs. The majority of the tracks performed were taken from the bands highly successful debut album The Bomb Shelter Sessions although did not fall short of refreshingly current blues ridden compositions taken from their upcoming album 1 Hopeful Rd. Frontman, Ty Taylor, is the definition of a world class showman. His untiring energy didn’t once fall to the shackles of the afternoon’s humidity. Heartfelt lyrics were shattered by the intensity of Ty Taylor’s infectious and raucous vocals that, by the final song of their set had everyone expecting to hear more from these guys in the coming years. 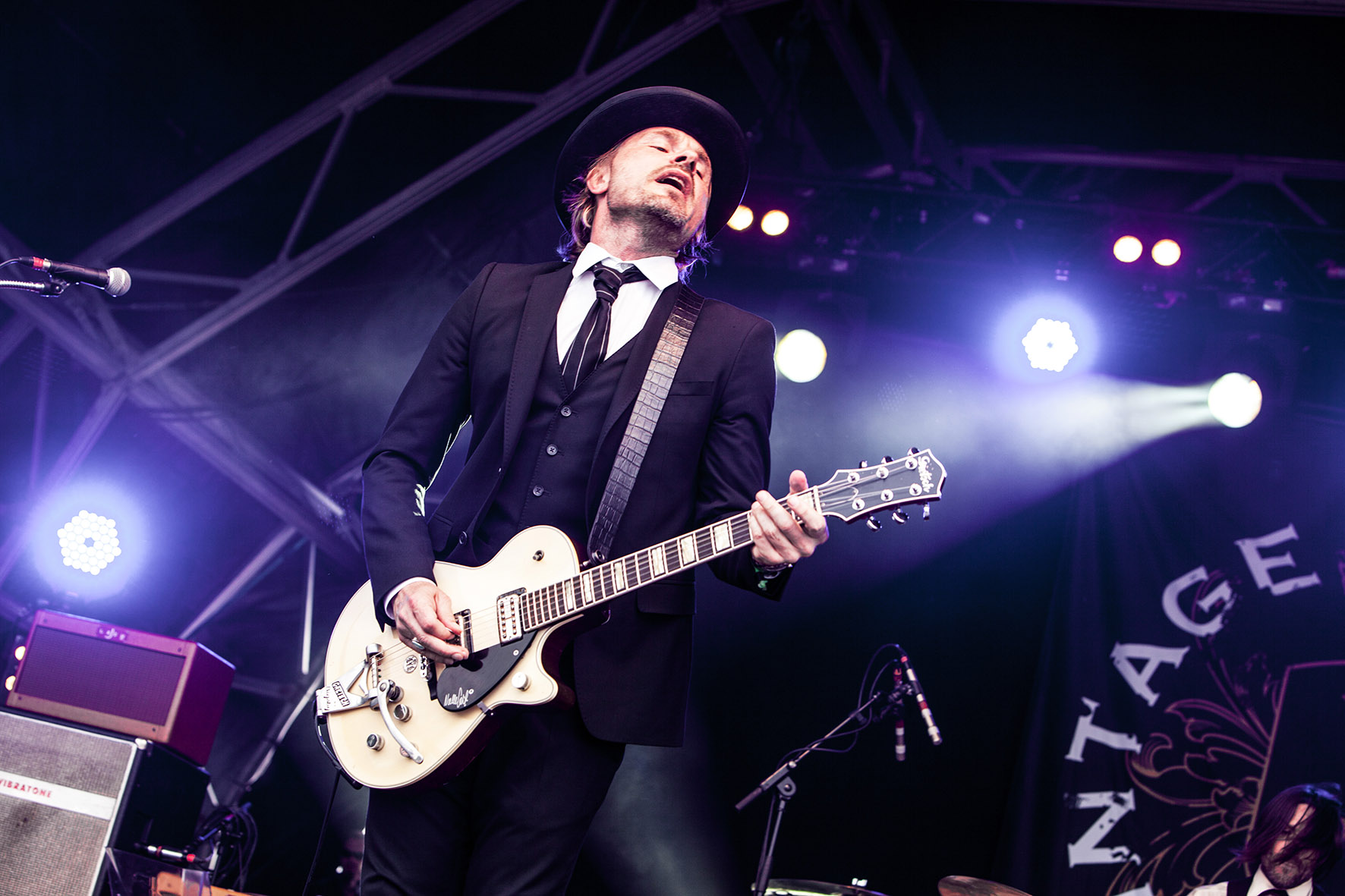 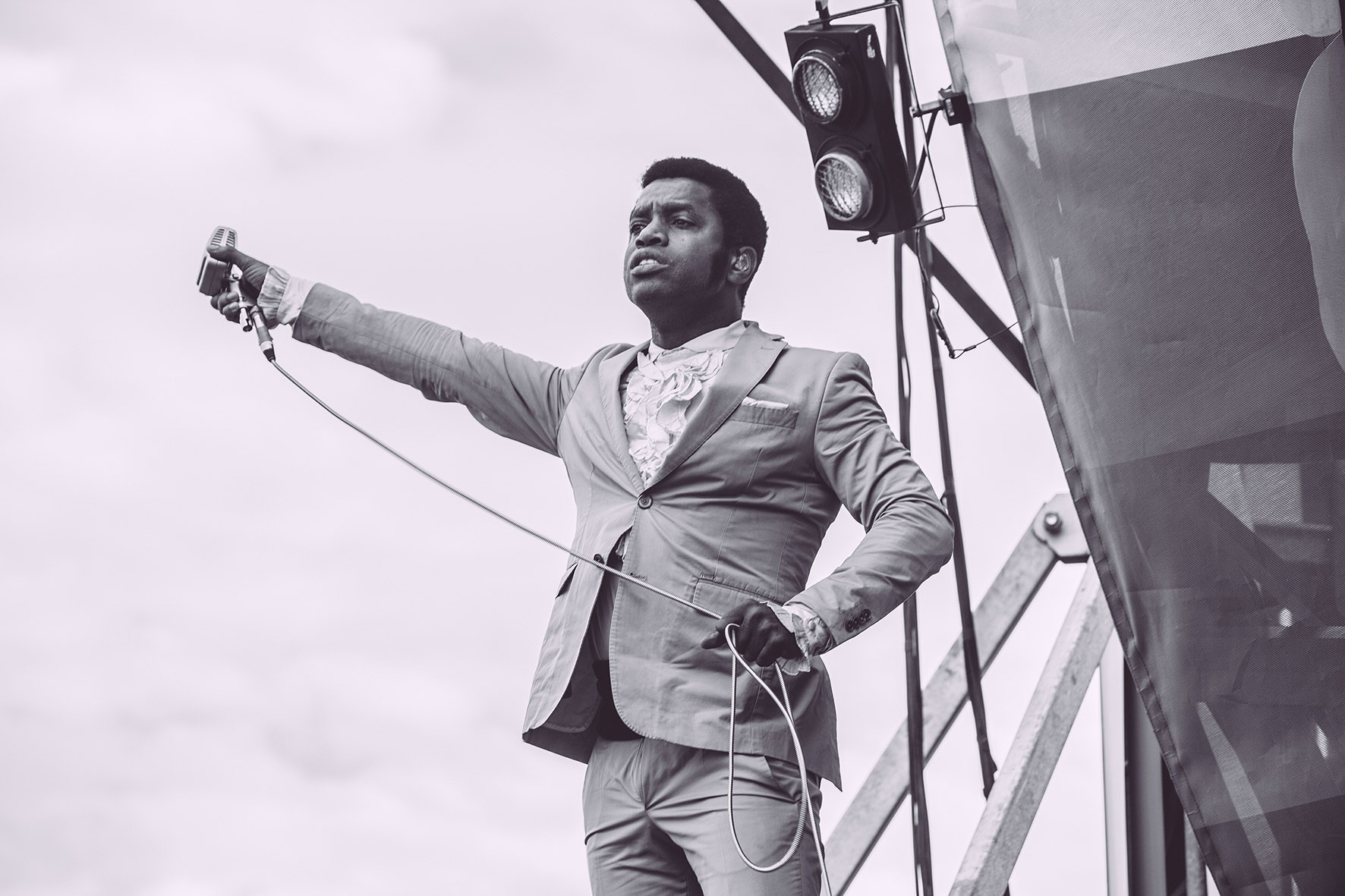 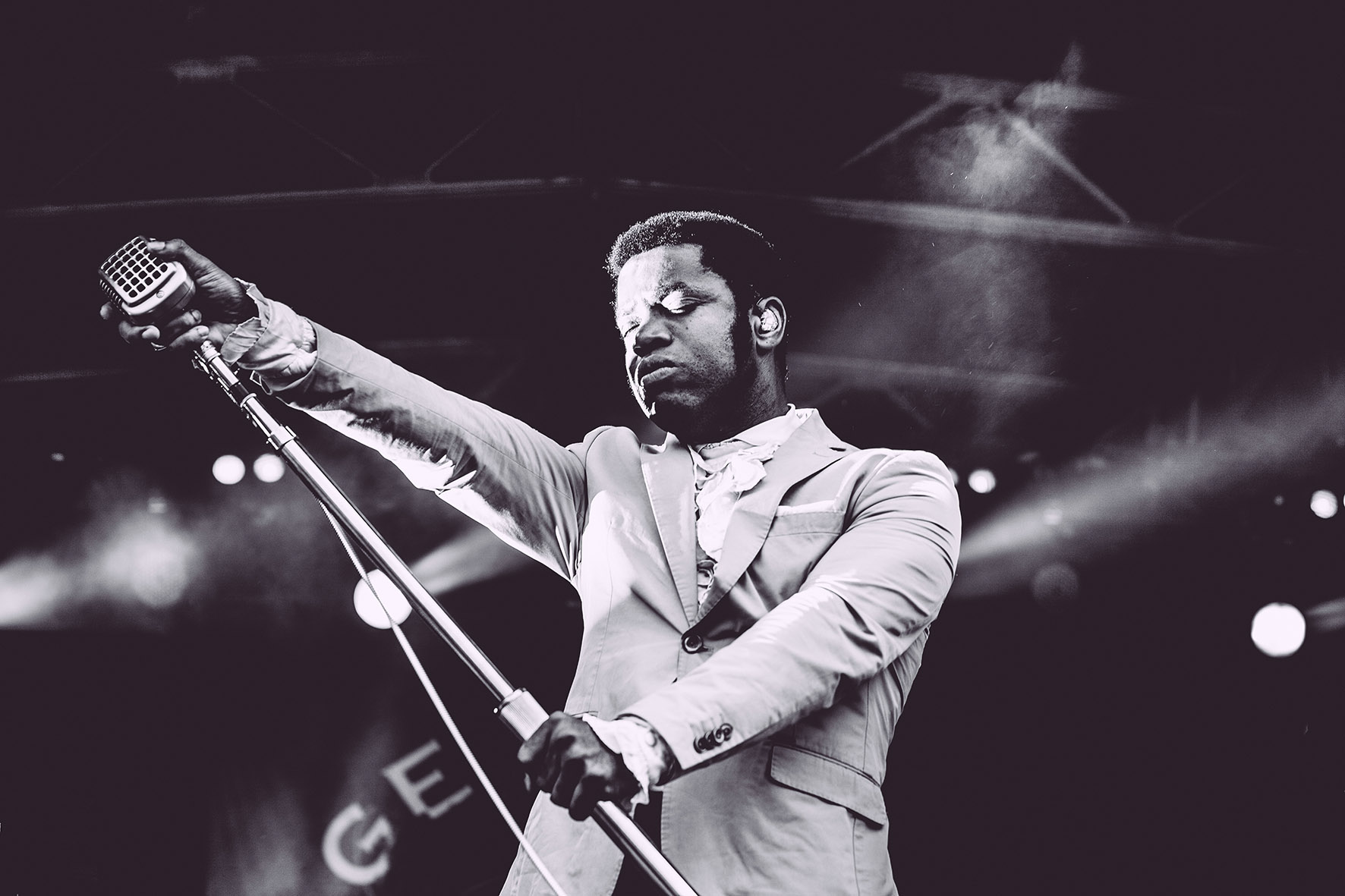 Johnny Marr has recently revealed the brand new video for upcoming single, timed well with his BST performance, ‘Candidate’. This song took a main feature of his set as well as many other tracks taken from Playland. However, it was inevitable that the tunes that would steal the show were Smiths classics. The guitarist come front man united the hoards that flocked to the front pit of the Great Oak Stage with renditions of ‘There’s A Light’ and ‘How Soon Is Now’. 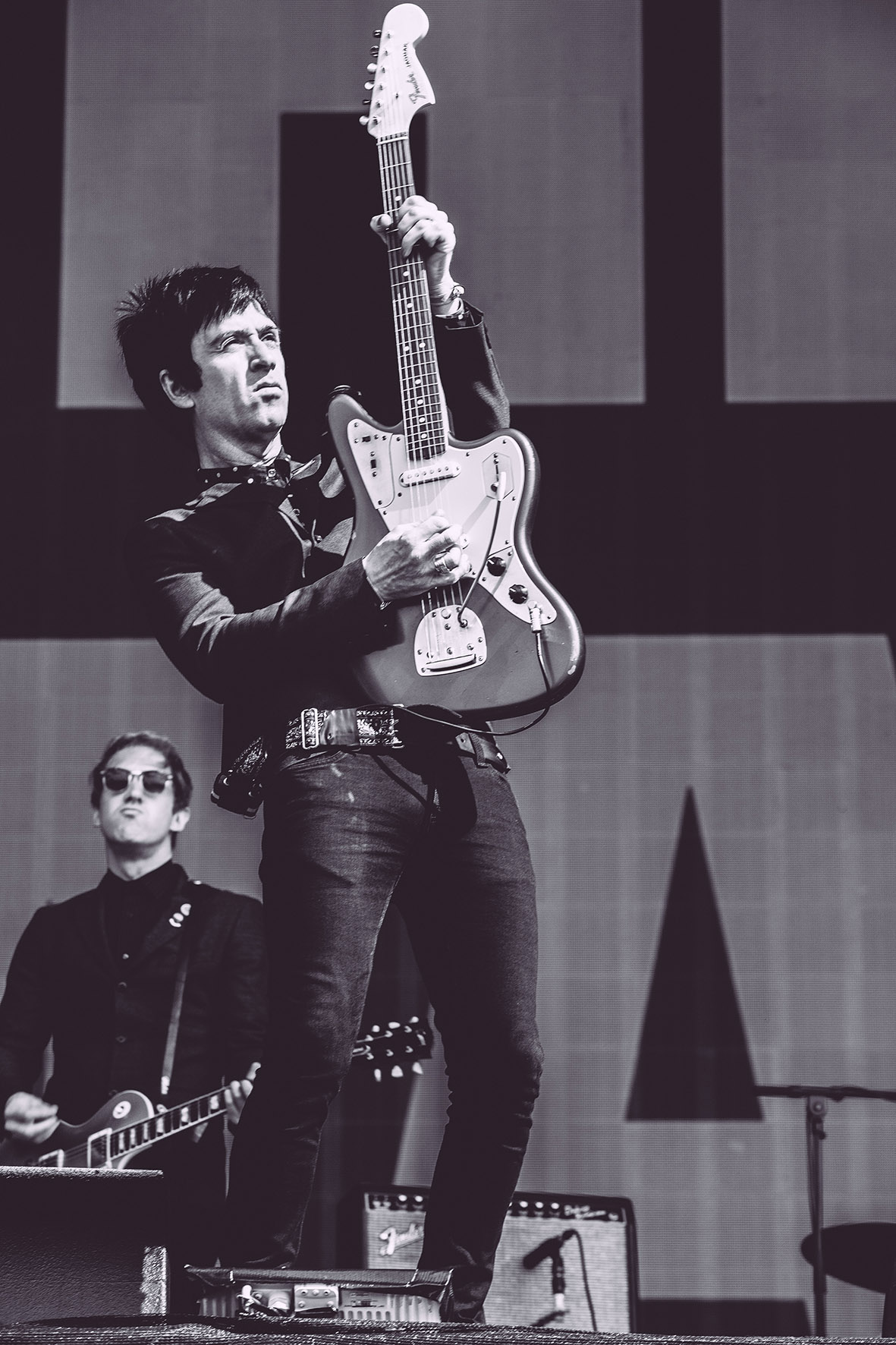 May saw Paul Weller return with yet another incredible album, proving that in no way has he lost the knack for writing over the years. In the past, the seasoned performer has been reluctant to play many of his old songs having said that he finds it repetitive. This streak of boredom for some of his more well loved and recognisable songs meant that the expectation would be that most of the songs performed would be new (or near enough). Recent single ‘Long Time’ and album title ‘Saturn’s Pattern’ took prevalence within the hour-long set. Clearly ridden with Weller fans, the audience didn’t disapprove of the new tunes, but did seem to want to hear some early solo stuff as well as Jam classics – Weller did not disappoint. Inviting Miles Kane on stage for ‘That’s Entertainment’ was possibly the highlight of the whole day of music, when followed by Weller taking to the keys for ‘Broken Stones’ and ending on ‘A Town Called Malice’, it seemed The Who were the only band that could ever top that. 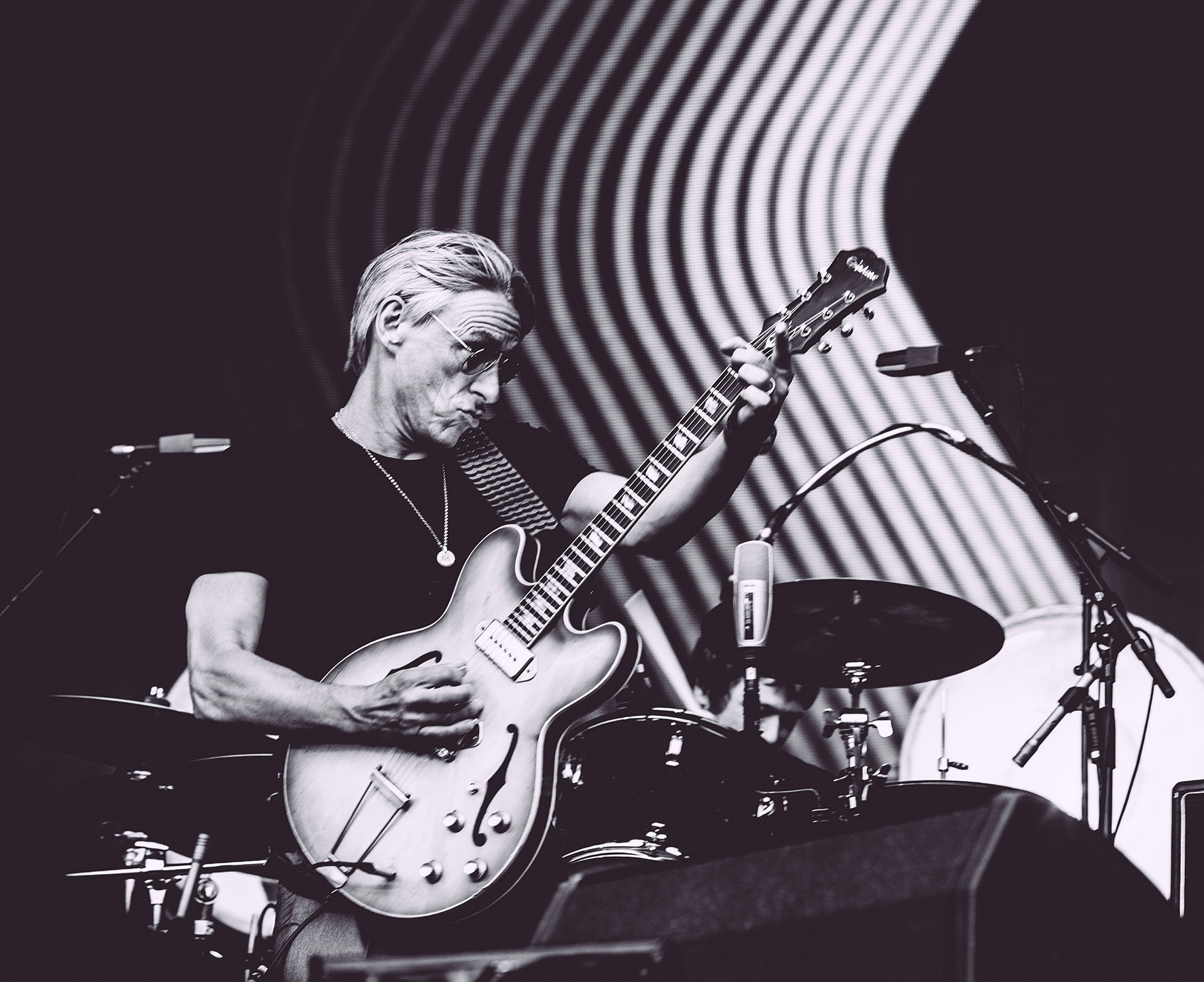 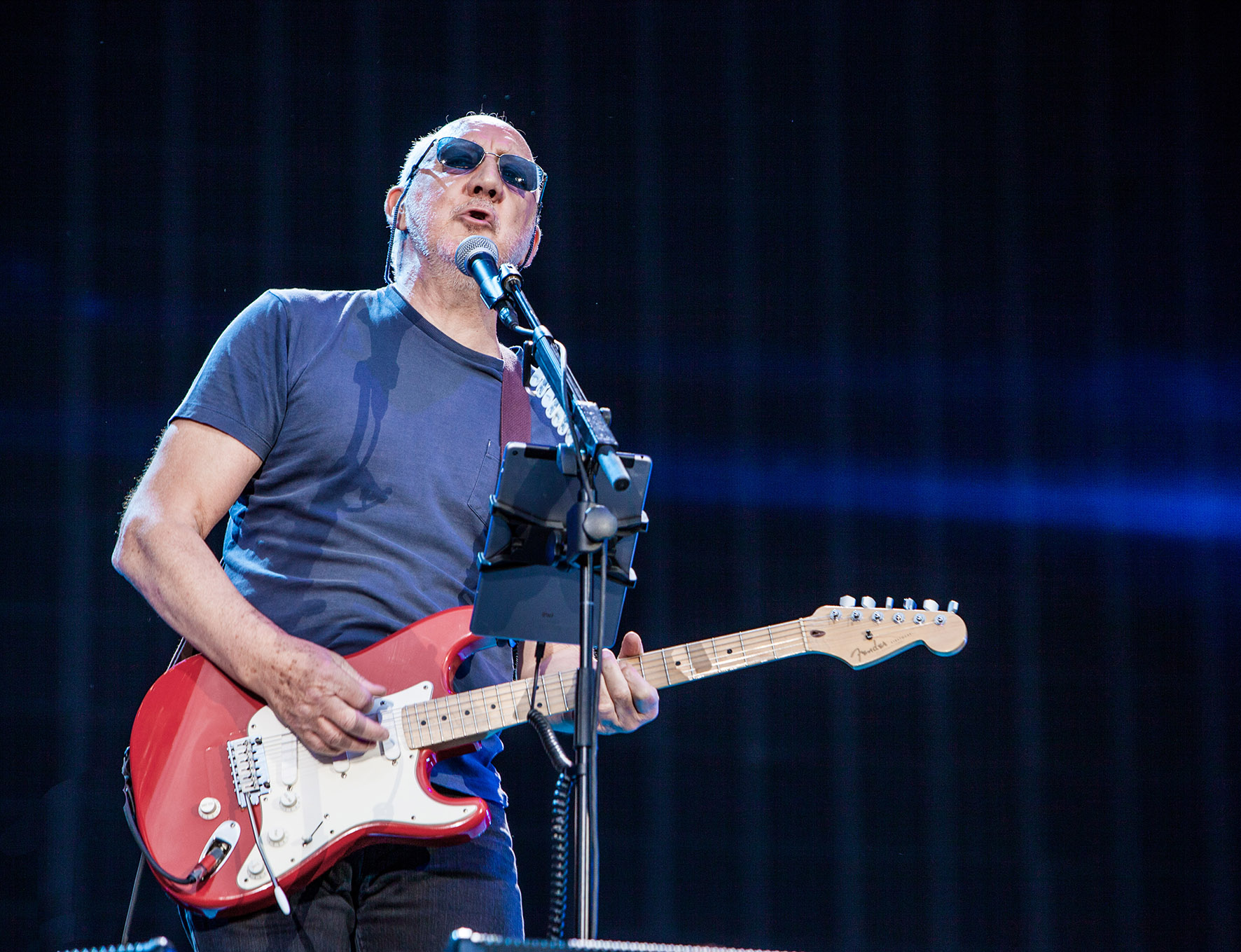 “You’re so far away… but we will fucking reach you!”

After recently stating that he will be giving up making music for money, we could deduce that Pete Townsend sees this weekend as a swan song, with Hyde Park as the biggest warm up show going for their Sunday headline slot at Glastonbury. Opening with ‘I Can’t Explain’, which paved the way for a career spanning set, The Who showcased a mix of both well-adored and lesser-known songs from their 50th anniversary in the worlds spotlight. It seemed that music of their earlier years were most appreciated by the dedicated audience, although of course those featured in cult hit Quadrophenia and recognisable theme tunes found themselves enveloped by a sold out park’s voices. ‘Who Are You’, ‘My Generation’ and ‘Pictures Of Lily’ (dedicated to Weller) were all rounded up by a truly epic performance of ‘Won’t Get Fooled Again’. In a polite way we can all agree that both Townsend and Daltrey are getting on a bit, but in no way did they fall into the trap. Abundant energy and musicianship which can only be acquired by this long-term relationship, proved to us all that they’ve always had it and haven’t lost it. 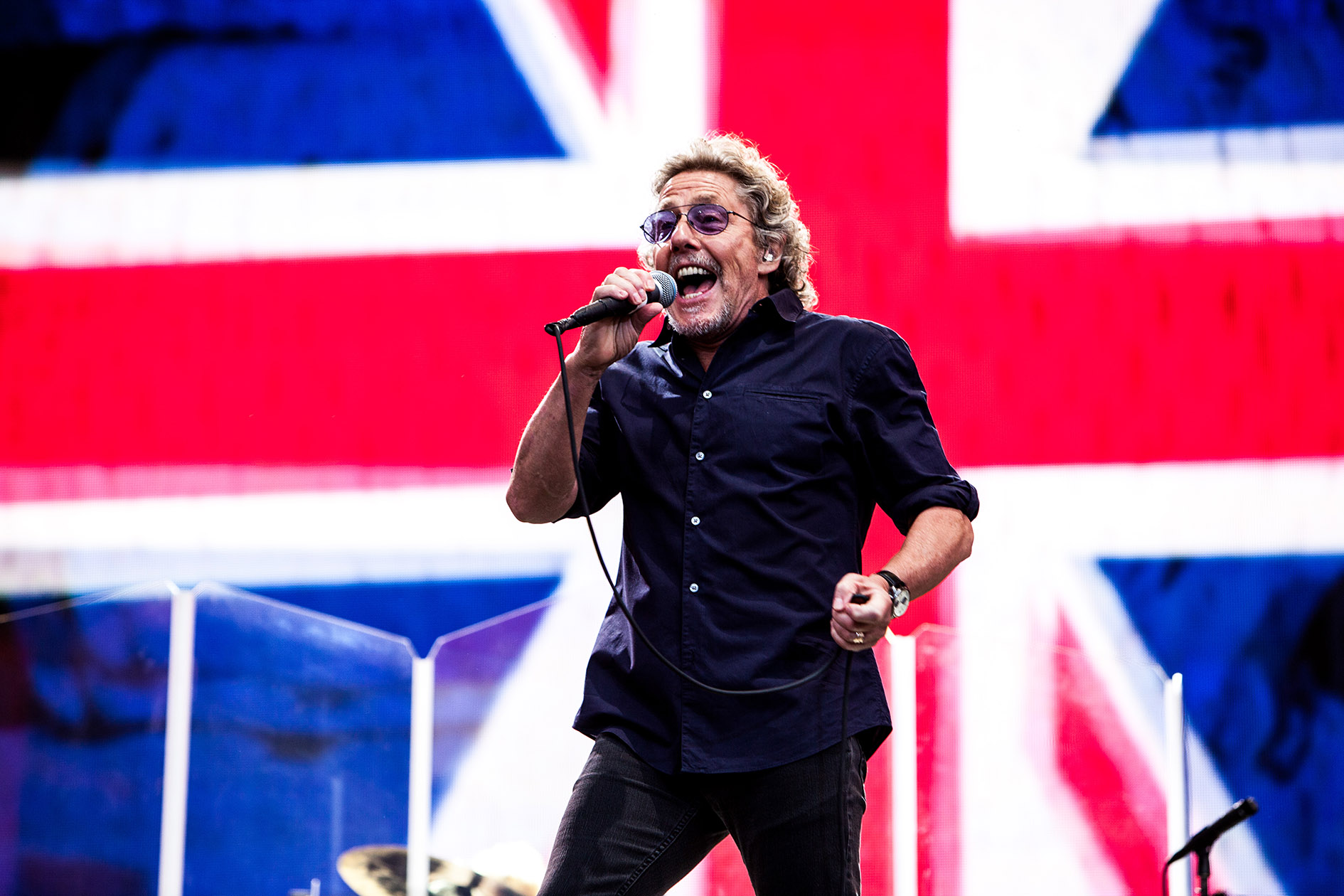 So, what have we learnt from 26th June at British Summer Time? Ty Taylor enjoys crowd “swimming”, Miles Kane has come out of musical hibernation, the VIP section isn’t really worth the money, Zak Starkey is an incredible drummer and to top this spectacle next year will be a very big challenge.

ALBUM: Sea of Bees ‘Build a boat to the Sun’