Having initially been in publication from 1975 – 1979, with just six issues per year, Musics was an interdisciplinary journal rooted in a true DIY ethic. With 1975’s first issue described as “an impromental experivisation arts magazine”, the magazine focused on free jazz, the academic ministrations of the likes of John Cage, and indigenous and non-European music.

Now, nearly forty years after its last issue, a book compiling all twenty three issues of the magazine has been published in collaboration with Sonic Youth’s Thurston Moore and Eva Prinz on their imprint Ecstatic Peace Library. And so, it was an honour to be able to head down to an exhibition at The Red Gallery in Shoreditch celebrating its publication.

In addition to getting to have a look at some of the fantastic covers of editions of Musics and its insightful original artwork, last night The Red Gallery /Kamio also hosted a very special, one-off performance of improvised music, featuring Thurston Moore playing alongside Musics editors and musicians Steve Beresford and David Toop. 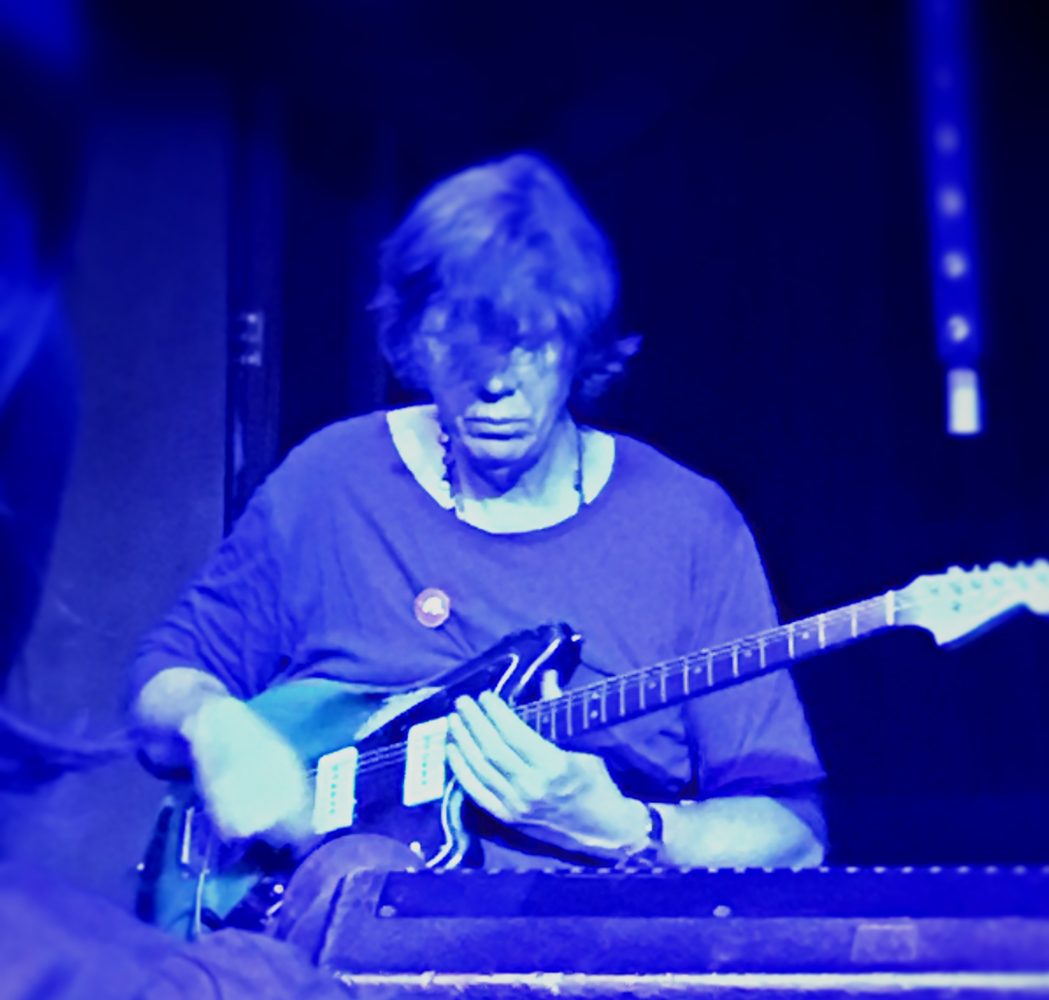 Seated in the darkened basement venue, I watch as Moore, Beresford and Toop make their way onto the stage with a refreshing lack of pretension, and – with no need for introductions – simply instantly immerse themselves in their innovative and intriguing cacophony of improvised sound. 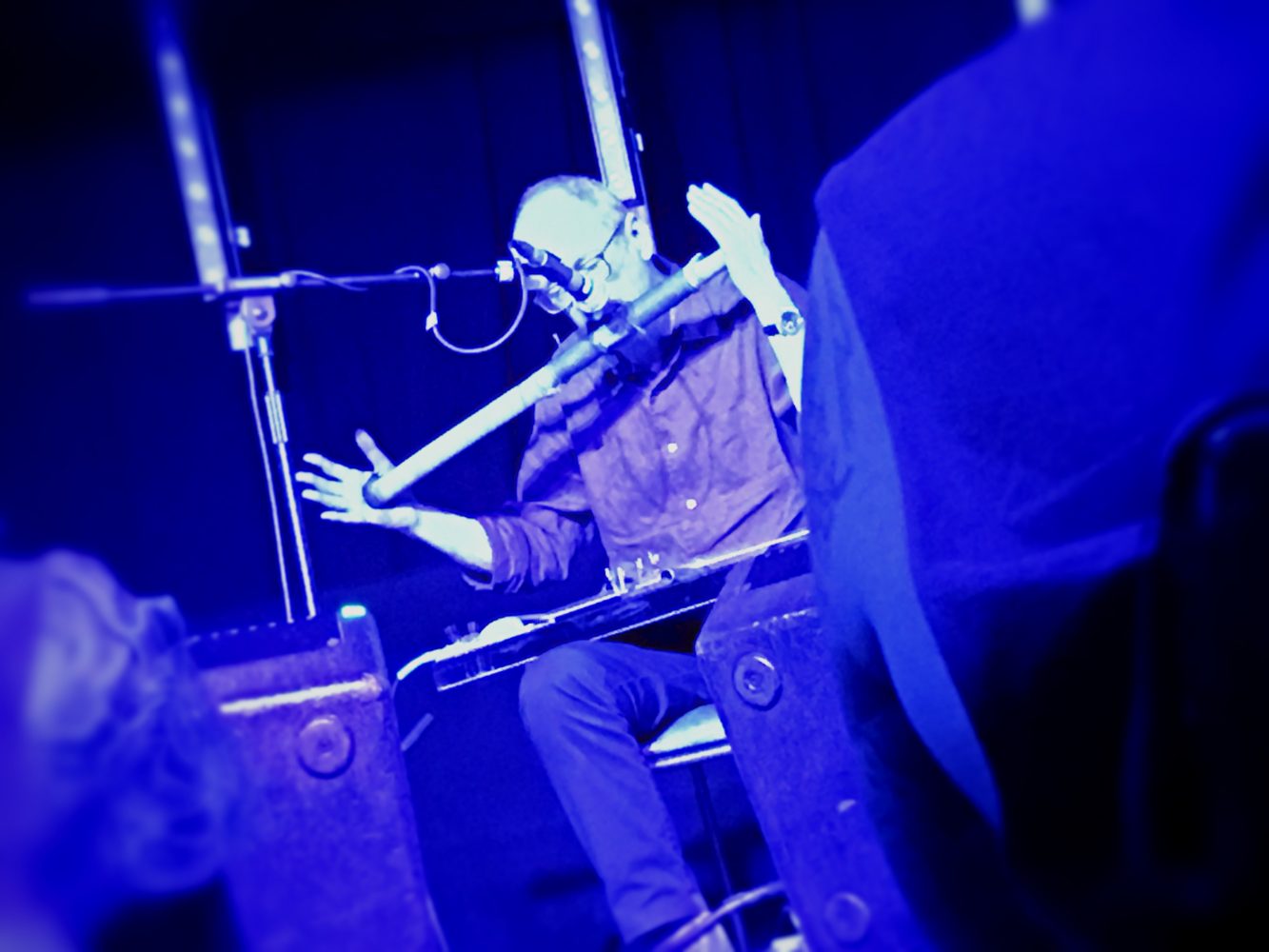 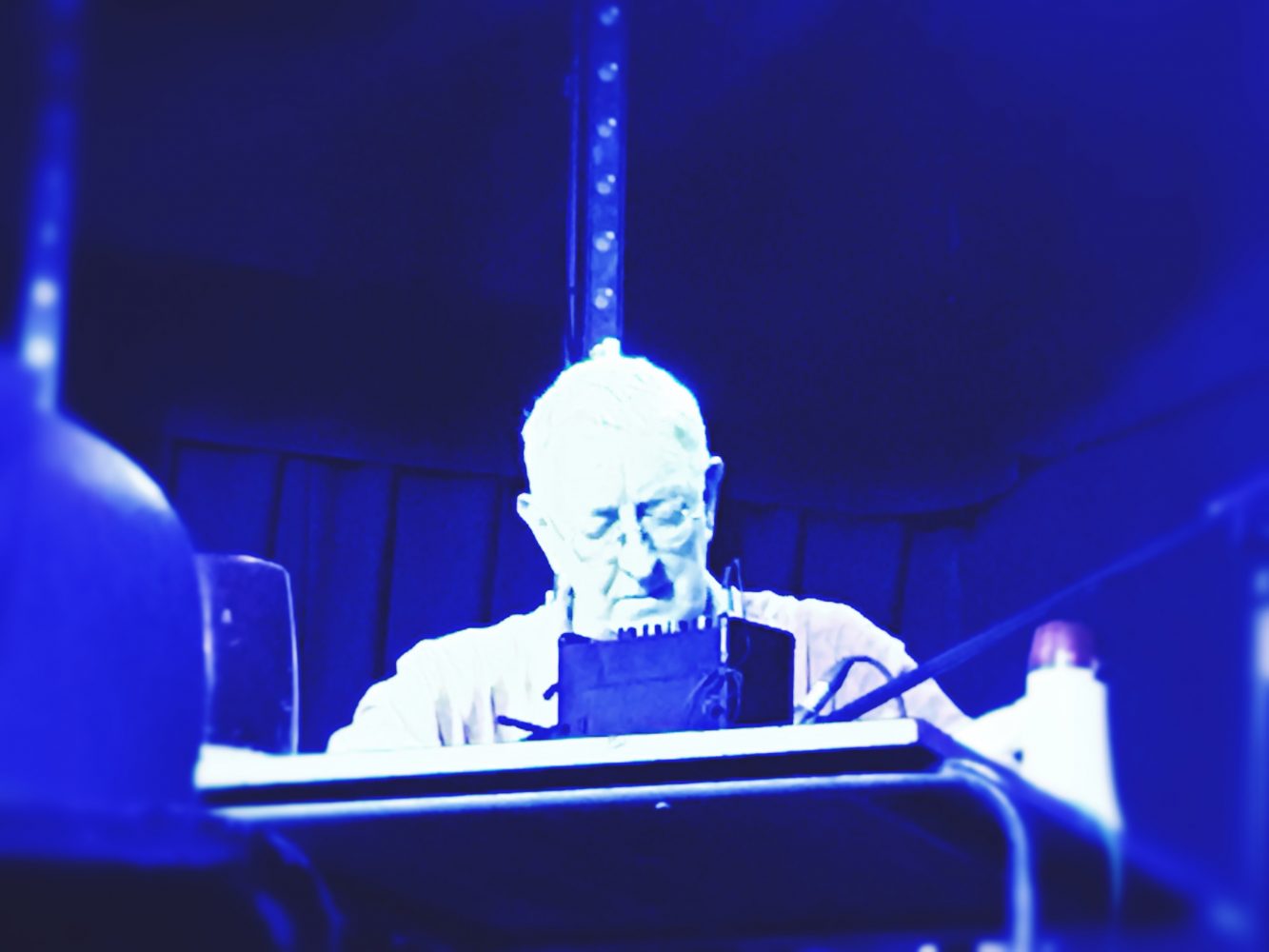 As whirring, unsettling sounds flow from an impassioned Moore on guitar, Beresford and Toop create an immense soundscape using a variety of different instruments and equipment; from sitar-like strings to mallets, wine glasses and megaphones, the imagination and experimentation put into the performance is truly admirable. 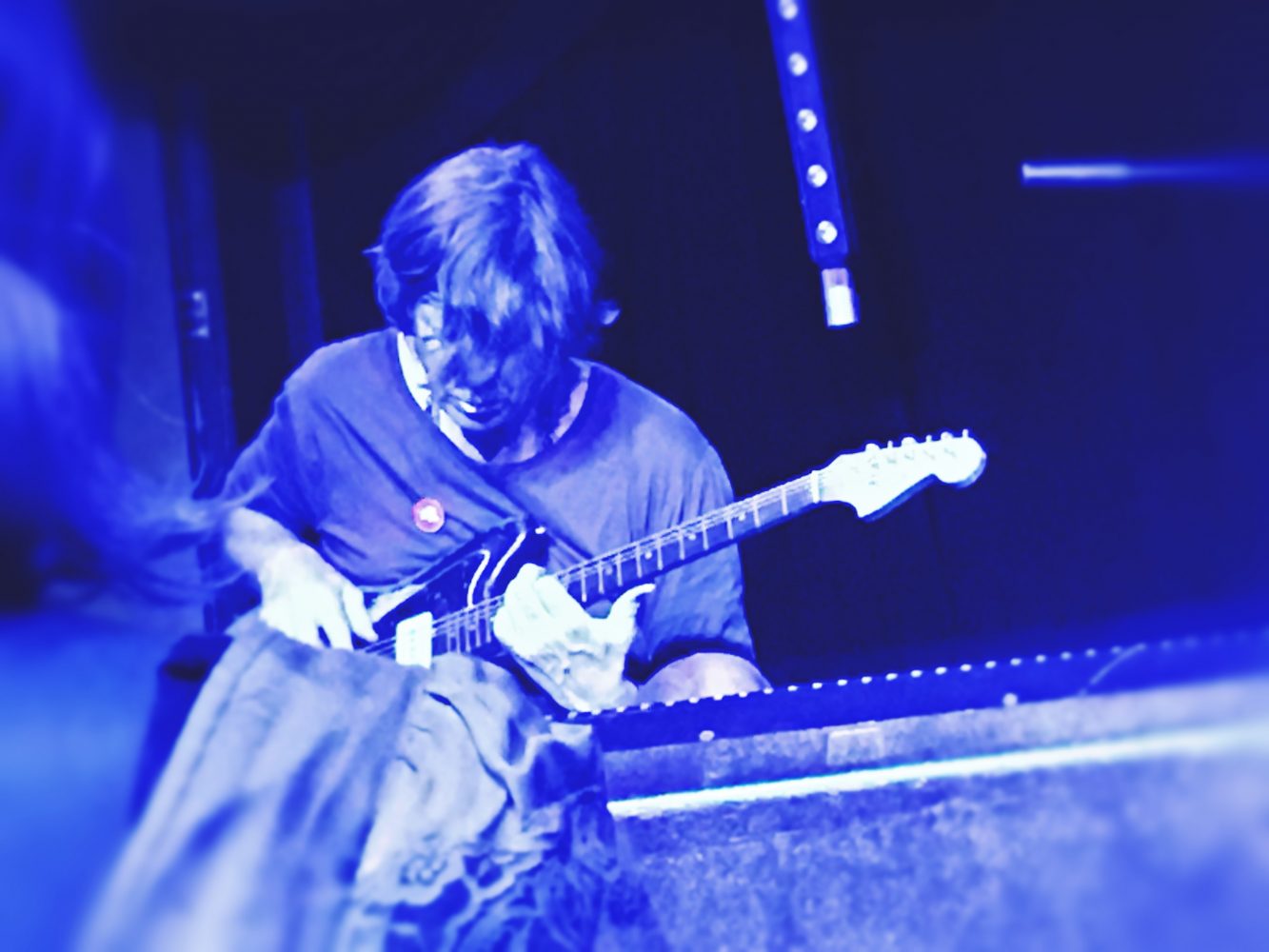 As an improvisation ‘novice’, what strikes me about this performance is the utter concentration and immersion of the musicians in their craft; so totally engrossed are they in the soaring, somewhat unnerving soundscape that they’re creating, that they seem more or less completely unaware that they’re playing to a room full of people. Putting almost mathematical calculations into the immersive cacophonious results, it’s thoroughly intriguing to watch these skilled masters at work. 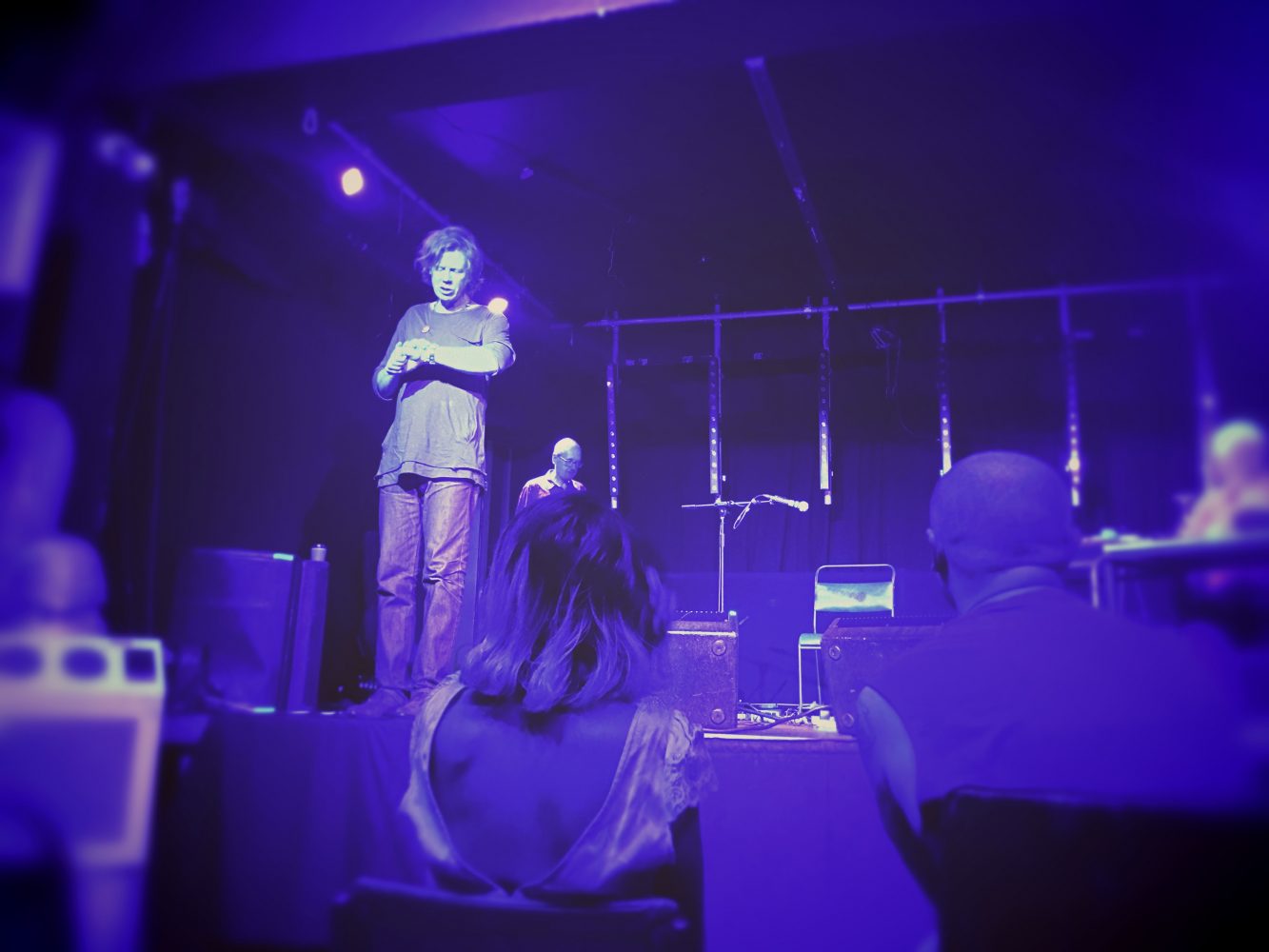 And, as Moore calls time on the performance, after a little encore at a fan’s request, I’m left feeling nothing but gratitude to have had the opportunity to experience such an insightful and intimate show. Although I wouldn’t go as far as to call myself an improvisation convert, what I do come away feeling from this night of engrossing musicianship is that I’m determined to educate myself further about this experimental and innovative art form. And one way I can do that is by reading through Musics – the exciting new publication that includes all twenty three issues of the unique magazine.

The Musics exhibition on Red Gallery on Rivington Street will continue to run until Sunday, 16 July. I highly recommend you take a look, and open your mind to the world of improvisation.