Friday morning I woke up to disappointing news – Catfish & the Bottlemen announced via Twitter that they would not be playing Tramlines festival in Sheffield on Sunday 27th July. I’d just like to tell the band (given that I was meant to interview them) next time you don’t have to cancel just to avoid talking to me, y’know? But I’ll forgive them, seeing as they’ve added a Sheffield date to their UK tour, with them set to play at Plug on 2nd December. Despite this slightly despondent start to the weekend, I set out to try and make the most of the glorious weather that basked Devonshire Green in sunlight for most of the day.

Yet more cancellations meant that we had time to idle away on the grassy banks of Devonshire Green in absence of Ms Dynamite. This was not the best of start to the weekend, but at least we caught the Toddla T Sound show. Even if we did remain near to the back of the standing crowd for the majority of the set. (I have a phobia of chavs, okay, don’t laugh). The set felt slightly misplaced given the fact it was still light out, but nonetheless it was still enjoyable. Toddla T, Shola Ama, Serocee and MC DRS put on a good show, aided by the impressive visual components – which Sheffield residents will have identified as work of Peter and Paul. Highlights included the crowd participation (something that is the ultimate test of whether you know the difference between your left and right), which even though it kicked up a massive cloud of dust, was really good fun and had those who were slight worse-for-wear falling about all over the place.

Next to take to the main stage was Katy B. ‘On A Mission’ (sorry) I worked my way slightly further forward than we’d been for Toddla T, holding high expectations for the redhead’s live performance as I’d heard nothing but praise from a friend who had seen her supporting Plan B. Her vocals certainly didn’t disappoint; the all-female stage presence did themselves proud, with the four backing dancers grooving energetically throughout, as well as DJ Shakira Kalité offering her support to Katy. The crowd loved every minute of the set, with particular points of strength being ‘Lights On’ and ‘Katy On A Mission’. The “twenty-four hour party people” to whom Katy dedicated the closing track certainly gave it their all, demonstrating that they were in fact very much “up for it”. Friday night ended on a high and for that we can only say Katy’s mission was very much accomplished. 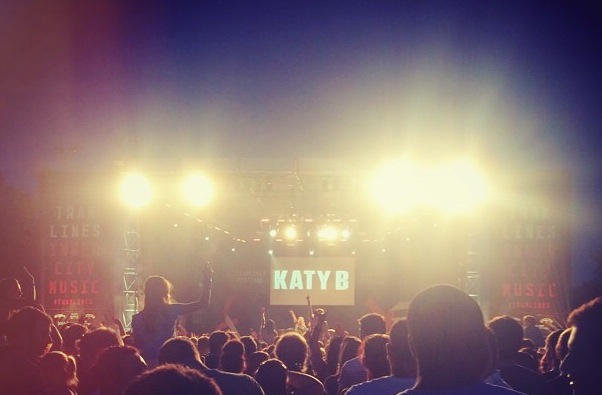 Before calling it a night we headed over to Dada (possibly the tiniest space for live music in existence) where we caught a bit of Roger the Mascot. It’s a shame that it was so impossibly hot inside the venues (too many bodies, too small as space) and that the sound quality was a little shoddy because they put on a good show, evidenced by the fact that there were several people really going for it. Well, moving their elbows a little bit, as it was hard to do much else.

Slightly more prepared come Saturday we headed down earlier in the evening to check out some of the slightly smaller names playing at the Sheffield festival over the course of the weekend. A particularly talented band called Unicorn Hunters put on a really good show at University Arms at 5.30. Described by Dizzy Punk Records as “the tightest band in the world” I’d certainly be inclined to agree – Jarrad, Deano and Oliver all demonstrated expert manipulation of their respective instruments and the band boasted a vocal that didn’t seem possible to come from such a slender frontman. Heavy, unadulterated rock – definitely gets a ‘yes’ from me.

After a short trek we arrived at Plug to see Heart Shakes, a Sheffield band that recently recruited two new members. You wouldn’t know it from hearing to their live show, though. Expertly controlled indie melodies with catchy beats and pertinent lyrics made the experience of listening to Ewan, Billy and new recruits Tom and Peter thoroughly enjoyable. I look forward to hearing what the four guys can come up with next.

Following Heart Shakes we headed to Queen’s Social Club, where there was allegedly a DJ set going on. Unless the meaning of a DJ set has changed to mean four blokes with a pint stood chatting in a room, without me realising, then there was no such thing. Slightly miffed at the lack of activity, we headed to Leadmill instead where the venue was far more alive.

Bromheads put on a truly cracking performance so it’s no wonder the air was thick with the amount of bodies in the room. Highlight tracks included the closing song ‘What Ifs’ (a choice from the archives) which successfully concluded their sweaty – but still enjoyable – set. The Pins who took to the Leadmill stage after Bromheads also received a pretty positive response from the audience; with the all-female band played a seemingly never ending setlist. Yet from my perspective, whilst I think it’s great to see women making their mark on the music industry, I couldn’t help but feel each track seemed to blend into the next. If I had to pick a word to describe their performance it would definitely have to be ‘sameish’. My cynical companion put it best when he remarked “I had rather stick pins in my eyes than see The Pins live again”.

Deap Vally redeemed the evening as they took to the stage, full of musical fervour that got everybody’s head bopping. Highlight tracks included ‘Walk Of Shame’, a seriously hypnotic and sexy melody, as well as the song that topped the bill ‘Baby I Call Hell’ which for me is the pinnacle of Deap Vally’s brilliance. The ‘whoa-oh-oh-oh-oh’s that punctuate the track are perfect for working the crowd, and by the tracks conclusion the roof of the Leadmill had been successfully raised. 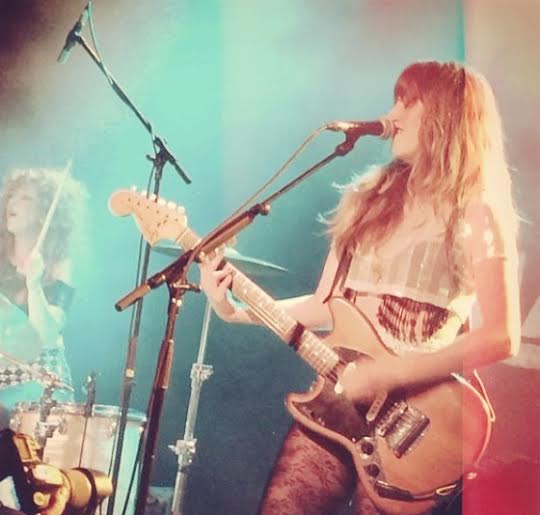 The show wasn’t over yet, by any means. A five minute walk and we were at O2, where Annie Mac would be gracing the stage come the early hours of the morning. As an Over 18s event, there were many disappointed individuals who were turned away, due to the venues limited capacity. Fortunately we got there early enough to get in, and caught the back end of Monki. The venue was very much packed but we successfully manoeuvred our way forward and were enjoying the atmosphere when I sensibly decided to be bursting for the loo two minutes before Annie Mac was due onstage. Despite my terrible timing we managed to get even further forward than we had been previously through working our way in at the side. (Thankfully, or else I’m not sure I’d have ever been forgiven). The Queen of Dance music put on a really good set and topped Saturday off nicely. In fact I’d go as far as to say this was the highlight of the weekend, despite not being my go-to music genre of choice. 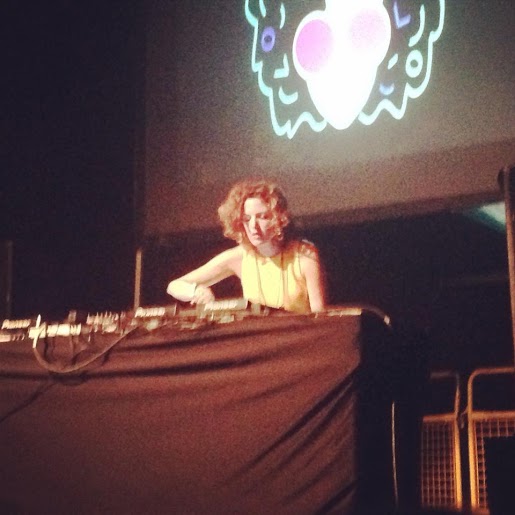 With the cancellation of Catfish & the Bottlemen we were in no hurry to get out after Saturday’s late night, choosing to amble down to Devonshire Green in ample time for The Cribs set. The Wakefield trio took to the stage and embarked on a broad reaching setlist that encompassed tracks from all five of their albums.

Opening with ‘Our Bovine Public’, they had the audience eating out of the palm of their hands from the outset as everyone chorused “you’d never exist if you wasn’t generic”. The delightful weather (that I’m sure the Festival organisers were incredibly grateful for) meant that we were caught up into a cloud of dust. With the slightly apocalyptic vibe to Devonshire Green I couldn’t help but feel like I was in an Imagine Dragons music video at points – it was atmospheric, sure, but not exactly great for my lungs.

The Cribs are brilliant because Jarman’s shouty vocal style means that you don’t have to feel self-conscious about singing along; best evidenced in ‘Hey Scenesters’, ‘Come On, Be A No One’ and ‘Men’s Needs’. The closing track ‘City Of Bugs’ was fantastically strong – yet makes one slightly upset that the legendary Johnny Marr didn’t join the band on stage like he did for their Cribsmas shows back in 2013. Having been told that the Sheffield festival slot “felt like a home-town gig” midway through the set, it’s safe to say that by its conclusion Sheffield would very much like to claim the band as one of their own – if it’s all the same to you, Wakefield! 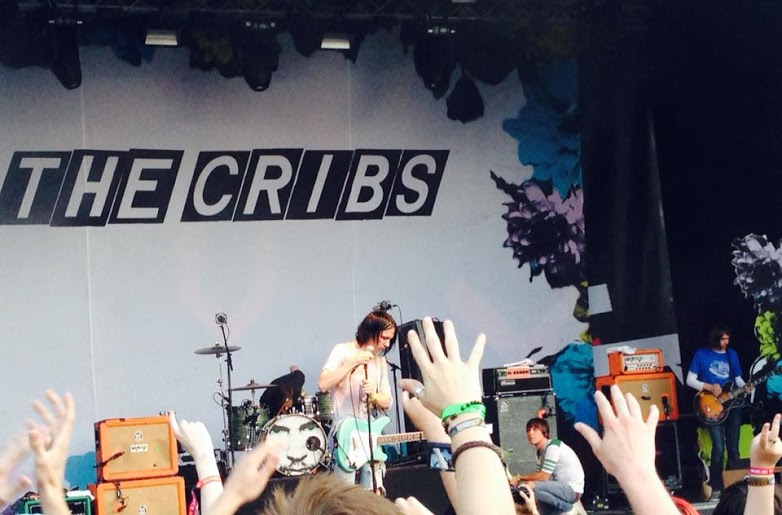 Following The Cribs we embarked on our final trek across Sheffield city centre to Fusion, where The Crookes were scheduled to headline. Prior to this, though, we caught the back end of The Hosts. Despite looking like the sort of band who’d play at a Bar Mitzvah, this was another gem of a discovery from the weekend along with Unicorn Hunters. Their debut album Softly Softly is definitely worth a listen and if you get a chance to see them live then I would definitely recommend it because they didn’t just play music – they put on a show, which is always nice to see from a band that isn’t headlining.

That’s not to say that The Crookes didn’t live up to expectations, because they sure did. Taking to the stage to screams of “I love you Daniel Hopewell!” it’s clear to see that the Sheffield band were at home on the stage. The setlist included material from Soapbox, a refreshing take on being Outsider, but as also punctuated with the old. ‘Sofie’ from album Hold Fast was a particular crowd pleaser thanks to its angsty, near-shouting chorus of “I’m thinking of you / I’m thinking of you / I’m thinking of you / Sofie it’s you.” Other hits included ‘Backstreet Lovers’, ‘Afterglow’ and the ‘I Love You Bridge’.

Never ones for much audience interaction; instead The Crookes rely predominantly on their angsty, catchy melodies that work their way into the hearts of the listeners. The small venue, not dissimilar to the Leadmill in terms of stage set up, suited them and their avid fanbase and made sure that the festival weekend ended on an overwhelmingly positive note. 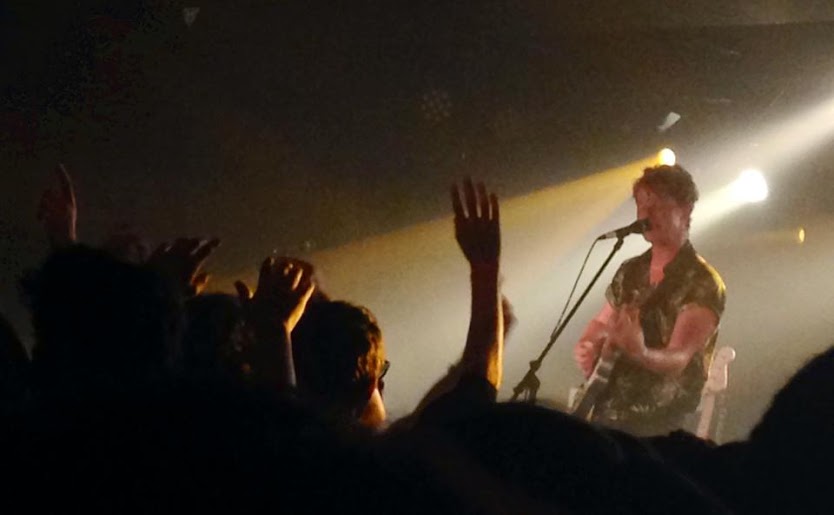 ALBUM REVIEW: The Struts ‘Everybody Wants’