Portsmouth’s Victorious Festival was started by three local friends and has expanded every year.Now they have just celebrated their 6th year by adding another day and camping and becoming one of the biggest events of the south coast. Previously headliners include The Manic Street Preachers, Travis and Tinie Tempah. This year headlined by the likes of Madness, The Stereophonics, and Elbow.

Friday night started with confusion as many of the gatherers were expecting to go to the main entrance to witness their heroes on the main stage. Instead the smaller Castle Stage was the only area in use for the night’s spectacle. Queues seemed to wind around the common for miles and there were quite a few Madness fans in full regalia showing their displeasure with the staff. Once inside though it was business as usual and the first band I caught were the fabulous Sundara Karma dressed to impress. Front man Oscar Lulu wore a lovely shade of orange blusher to go nicely with his almost see through pink shirt. Alas the Portsmouth crowd struggled to get captivated by the band (who themselves were riddled with guitar issues). Such delicious indie pop songs like ‘Loveblood’ and ‘Olympia’ were only received by sporadic parts of the audience. Whenever the younger more intoxicated few started to bounce along to ‘She Said’, the surrounding middle-aged fez wearers looked on in absolute horror; they were seemingly only here to see the ‘Nutty Boys’ headline later. A shame as Sundara Karma deserve so much more, they must have spent their entire set dreaming of their homecoming gig at Reading festival the following day.

The Charlatans have surely played every field in the country and are no strangers to a festival crowd. Tim Burgess manages to be forever cool and surely must visit the same witch that is keeping Hollywood star Paul Rudd forever aged 29. Burgess took time to take a few pics and the band whipped into an old favourite ‘Weirdo’. The indie legends tried a mix of their new album ‘Different Days’ and a few choice hits from their past 30 year career.But they struggled to set a light the crowd who gave more of a reaction to being in one off Tim’s Tweeted pictures than to ‘North Country Boy’ which was quite puzzling. ‘One to Another’ sounded ginormous and that alone is always a reason to check out the band, but finale track ‘Sposton Green’ didn’t exactly win over the crowd, especially when Tim spent the first few minutes sending out more Tweets. Surely a front man should be trying to win back the crowd? Some might say he had literally phoned in his performance. 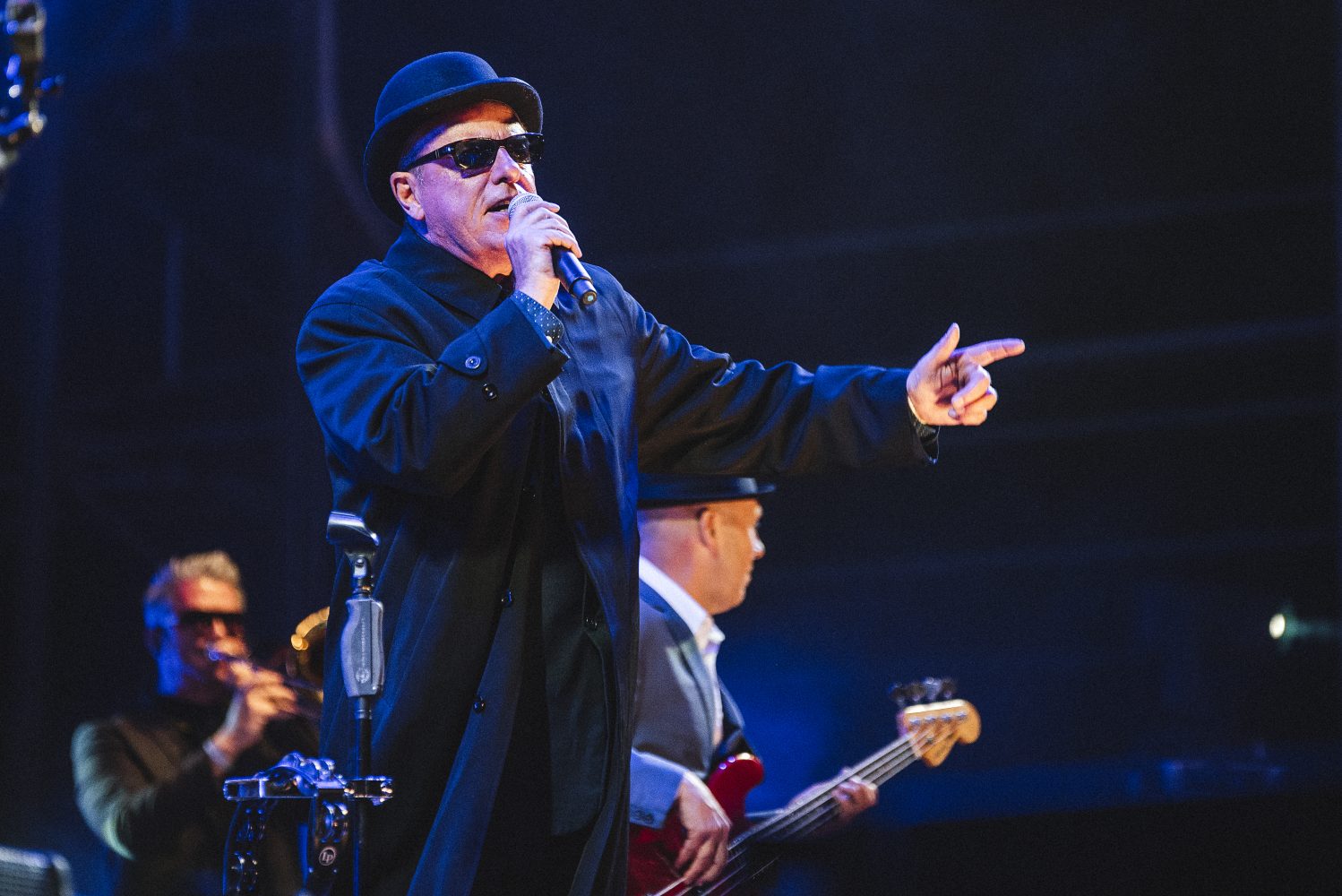 Madness on the other hand certainly know how to play to an audience (especially when 75% or so have paid solely to see them). They opened with ‘Embarrassment’ and Suggs looks rather dapper in his top hot and black jacket. They had the most spectacular projections and we were treated to a variety of video treats, which put shame on The Charlatans who had what looked like a Windows Live Wallpaper video projected behind them. Madness treated us to a 20 song set that had all of the tracks one would expect and a few newbies. It was strange to see so many so-called fans decked out in Madness t-shirts and hats and tattoos completed bemused by any track that wasn’t off their 1980’s best of. Suggs was enjoying the limelight and spent his time recalling hacienda days as a 70’s band being on Top of The Pops and joked that it was delightful to play a festival called Victorious as it’s a victory the band are still alive! They paid tributes to lost legends with ‘Blackbird’ about Amy Winehouse and randomly a nod to Bruce Forsythe and out of their new material ‘Mr Apples’ slotted easily between the stalwart s ‘My Girl’ and ‘Wings of a Dove’. The gig really moved up a gear from ‘One Step Beyond’ onward. Just track after track of Madness’ biggest hits. ‘Baggy Trousers’, ‘House of Fun’ and ‘Our House’ erupted the Victorious crowd into the traditional dance moves – a right fist pumping knees up, though to some, it recalled many a wedding reception nightmare – how long until they were to play ‘Moves Like Jagger’? . The band left the stage after the beloved ‘My Girl’ and then treated us to an encore ending with ‘Night Boat to Cairo’. The thousands of fans left the field beaming, and many of the older statesmen looking forward to resting their ageing limbs in a hot bath.

View all posts by Fran Jolley →