It’s hard to believe 2017 will mark the 10 year anniversary of the The View’s debut album, Hats Off To The Buskers. Since then the band have released another four studios album, toured relentlessly and continued to grow their army of fans in the process. Tonight has been billed as a Hats Off gig, with a film crew in and the career defining album played in full. Throw in the fact enigmatic front man Kyle Falconer has only recently returned to God’s country after a spell in rehab (over in Thailand), the sell-out gig tonight at the Barras had more spice to it than a vindaloo, and had all the makings of a tapps aff night. 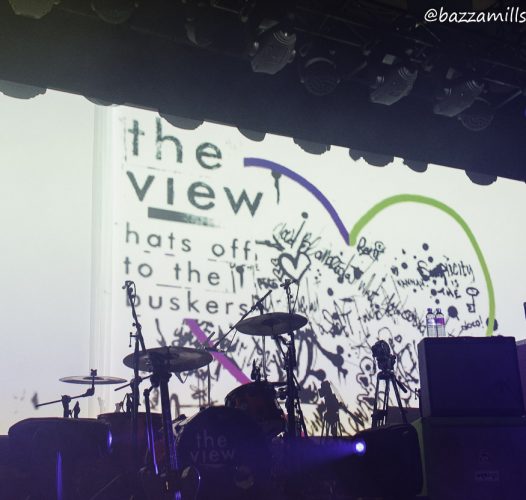 As a fresh faced Kyle and the band, take to the stage the atmosphere in the Barrowland is incredible as the adoring crowd welcome their Friday night heroes to the stage. With the teenagers, thirty somethings and those a bit younger (and older) in attendance, it is evident The View are a band with a wide demographic appeal. As they pick up their weapons and kick-in to set opener ‘Comin Down’, it is clear from the explosion of energy that the next couple of hours is going to be a serious assault on the senses for those in attendance. 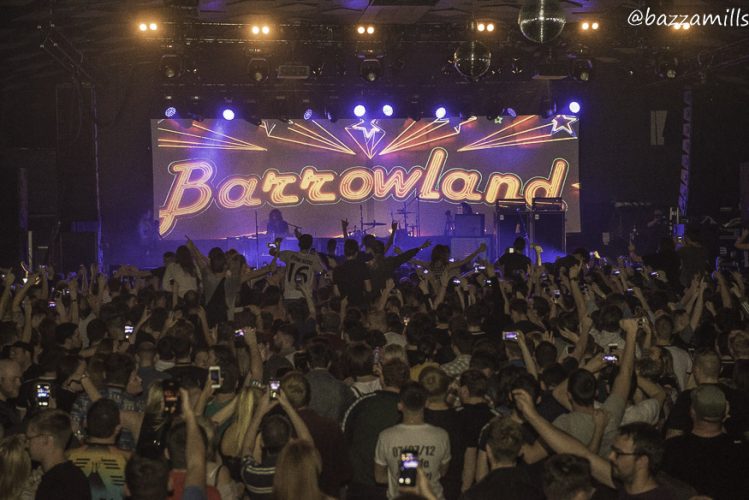 Fan favourite ‘Superstar Tradesman’ follows and I narrowly avoid a soaking from a flying pint glass, as the crowd erupt and bellow their lungs back at the stage for all their worth. The photo pit in the Barras may have changed but the venue is still the place for a gig, and the place is absolutely rocking with the crowd intent on out-singing the band during a deafening chorus. With the set reflecting the album order, ‘Same Jeans’ ensures the set continues to soar as the sweat generating crowd lap it up. Delivery of the album set-list establishes a constant crowd frenzy with ‘Skag Trendy’ and ‘Wasted Little DJs’ somehow taking it to another level. 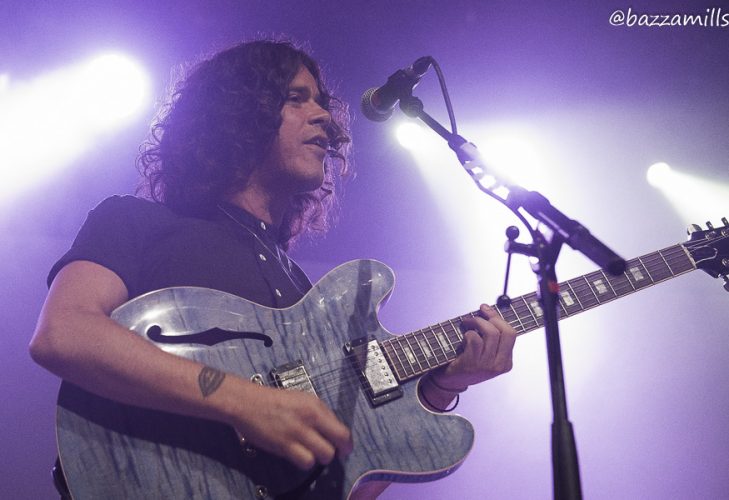 Between tracks the usual chants of “The View, The View, The View are on fire” radiate but tonight – accompanied by an animated back-drop including montages and flames – the band literally appeared on fire, delivering a statement of intent to anyone doubting their future as a collective. With the band taking a breather, Kyle takes to the keys for a solo spot as he delivers the spine-tingling crowd sing-a- long ‘Tacky Tattoo’. Could a gig get any better is the question in my mind? 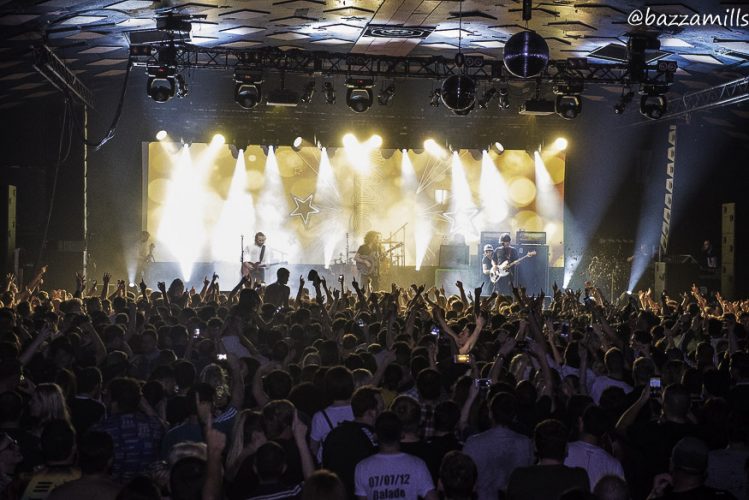 With the band returning to the stage the anthemic ‘Grace’ kicks off the mayhem once again as the band deliver something of a best of set. Eyebrows may have been raised in some corners when The View won Gigslutz Best Band earlier in the year, but the real power of this band is in the live performance  – and if you haven’t already caught the band live do yourself a favour.