Liverpool’s Sound City festival has announced the second wave of artists confirmed for this years event.

The line up includes Strokes guitarist Albert Hammond Jr, Jon Hopkins, Action Bronson and Doves frontman Jimi Goodwin. Other acts to be announced include Royal Blood, who are supporting Arctic Monkeys on their massive Finsbury Park shows, Drenge and Superfood.

The festival will take place from 1st-3rd May over various venues in the city and the full line up so far is below. 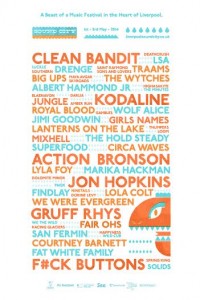