Torn between which day of festivities to attend at Liverpool Sound City? Not sure whether your three favourite bands will be performing on the same day?  Ready to take the plunge and discover a plethora of artists who are poised and prepared to blow your mind?  The festival has finally announced their official day splits, as well as unveiling more than 100 new names.

Joining the already-exhilarating lineup of acts – which include headliners Peace and DMA’s alongside Black Honey and The Slow Readers’ Club – are the likes of Jordan Allan, Fang Club and King Khan and The Shrines.

The latter, King Khan and The Shrines, are set to headline Getintothis’ late night after-party.  Specifically designed for night owls and party-starters, the after-party will commence on Saturday 5 May and run into the early hours of Sunday 6 May.  Performing alongside the band is King Hannah and Pale Rider.

As well as Getintothis’ raucous event, various other post-festival parties will take place across the weekender, including an event at Hangar 34.  Greg Wilson is set to front the official Sound City closing party at Hangar 34 from midnight on the Sunday – marking the closure of what is sure to be another successful year of Liverpool’s paramount music event.

Pop trio, Stealing Sheep have been announced to be performing a special homage to woman’s suffrage in partnership with Edge Hill University at the event.  For more information regarding this partnership, click here.

You can see the day-splits, as well as all the freshly-baked names announced for Liverpool Sound City 2018 via the poster below.

Liverpool Sound City takes place across Liverpool’s Baltic Triangle, on May 5 and 5, 2018. 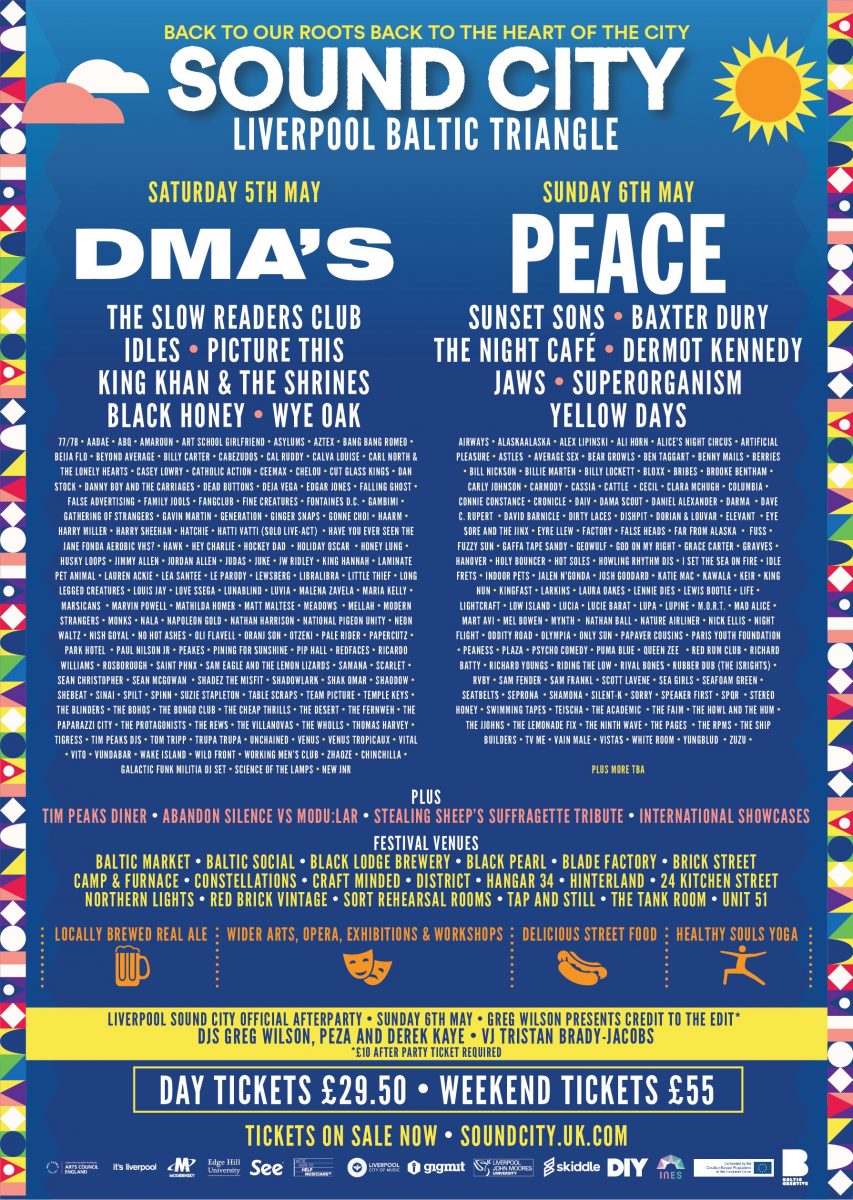 This Feeling Track of the Day : Trampolene ‘Hard Times For Dreamers’