Louis Berry has revealed the details for his upcoming UK headline tour, to take place throughout May. 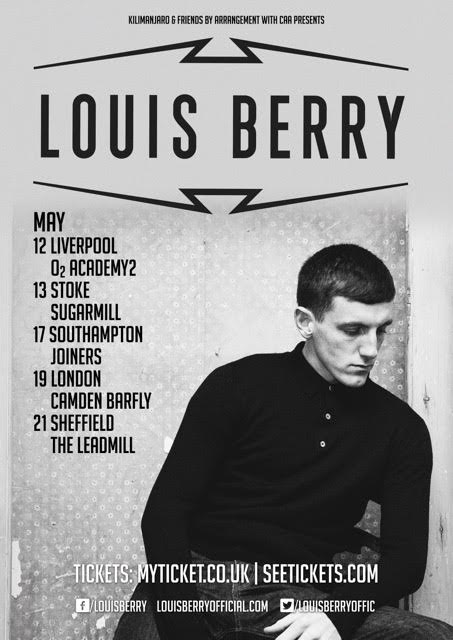 The tour will see him play venues such as London’s Barfly and The Leadmill in Sheffield, after kicking off the tour at The O2 Academy in his hometown of Liverpool. See full details of the UK tour below:

Saturday 21st May – Sheffield – The Leadmill

Of the tour, Louis says: ‘I’m made up to be hittting the road again, last time the crowds were boss – I’m looking forward to playing a couple of new tunes and bringing that swagger back to rock and roll’

Currently in Nashville recording his debut album with Grammy Award-winning producer Jacquire King (Kings of Leon, James Bay), Louis Berry’s releases to date have been met with widespread acclaim across all media, with latest single ‘.45’ featuring regularly on day time and specialist radio including BBC Radio 1 and Radio X, and was featured on several Ones to Watch for 2016 lists.

Tickets for Louis Berry’s May 2016 tour go on Friday 26th February and are available for pre-order via his website:www.louisberryofficial.com