It’s been over four years since we last caught up with The Low Anthem in Liverpool. In stunning, understated fashion they put on one of the most memorable shows we’d witnessed at The Kazimier. Yet frontman Ben Knox Miller dejectedly admitted mid-set, “this could be the worst we’ve ever played”. It may have sounded harmonious to us, but it apparently rang hollow for Miller. Retreating inward, Miller encased himself in the closing curtain. 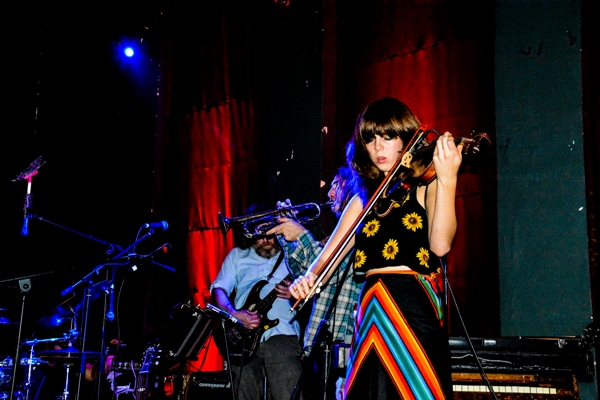 Partly due to the low-lit crimson atmospherics and the fact Miller and co-founder Jeff Prystowsky are now joined by new bandmates, Bryan Minto and Florence Wallis, the band we see before us this evening are barely recognisable. However the real transformation isn’t fully actualised until they begin playing. The ‘Kucoon’ image of the band hauled up in the Kaz isn’t a far stretch from what Miller & co have actually been expanding on whilst they’ve been off the road. Back in their native Rhode Island, they took to restoring the long dormant, Columbus Theatre, after falling for the place whilst working on a squatter recording session. Here they produced acts, held gigs and undertook their own experimental sonic field-recordings. The band, and evidentially, the people who emerged the other side appear changed forever. 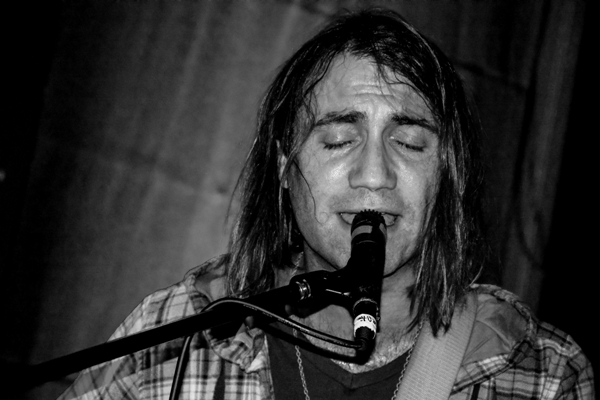 It would appear from the looks of things that the Columbus Theatre has joined them on the road. Their curio-collection of instruments includes bird whistles, megaphones, children toys, a gong, a singing saw (god bless the singing saw) and a mic’d up typewriter. Like John Peel slowly recounting a folk tale from an early Tyrannosaurus Rex album, the subtle build of the soundscape rising around her swallows Florence Wallis’ rapid typing and poetic narrative. The set is full of these mediative meanderings. 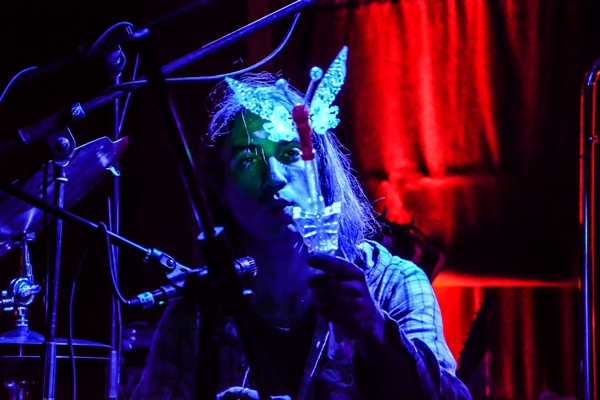 LA have tagged their new sound as – you ready for it? – “Multi-dimensional future folk”, and in all fairness it’s a fitting title. There’s defined, hushed moments of minimalism in many ways akin to John Martyn’s ‘Small Hours’, King Creosote collaborative work with Jon Hopkins and Mutual Benefits graceful found-sounds. Those sections then give way to Soft Machine-esque crescendos or unwieldy Neutral Milk Hotel outbursts. For an act that somewhat found fame adeptly writing within the confines of reflective folk and rootsy blues, now there’s no-holds-barred forays into jazz, post-rock and garage. In fact, there’s instances of rolling feedback where it feels like the floor might fall away altogether. 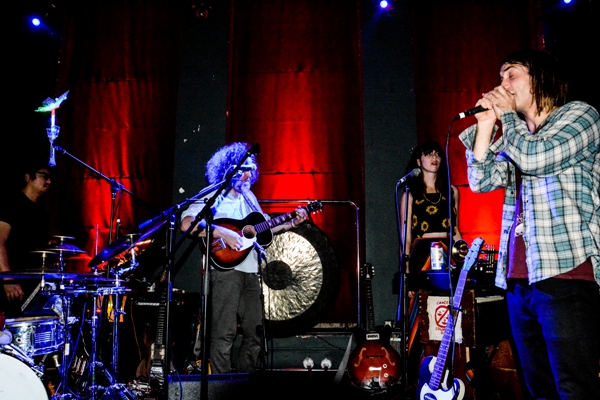 Still, when the mics and speakers cut out, the residing quality that has always made LA so remarkable surfaces in cold light. ‘Pepsi Moon’, ‘Apothecary Love’ and most notably, ‘Dream Killer’ sung softly through a megaphone, appear like fragile relics, tenderly handled by Miller’s wavering delivery and falsetto. Eyeland, LA’s fourth and most recent release is broadly based around the concentrated narrative of ‘In The Air Hockey Fire’, a song about a freak-fire that altered the course of Miller’s life greatly, where the children involved are “prematurely members of adulthood.” Confusion, pain and unbridled passion, it’s all clearly fed into the music here. So much so, that when band and audience join for an acoustic rendition of Cohen’s ‘Bird On The Wire’, and Miller lets out the immortal words “I have tried in my way to be free” you can’t help but feel immensely moved. Trying to win-over a crowd they’d never lost, they also sang it back at the Kaz. However on this occasion it sounds more strikingly honest, almost tempered by time. The Low Anthem, in their own way, truly seem closer than ever.