September 11th sees the announcement of a shortlist of 12 British albums in contention for the Barclaycard Mercury Prize this year. The winner will be chosen on 30th October. Following on from last week’s instalment of predictions spotlighting new artists, we’ve had a look at past nominees and found a selection still going strong in 2013 who we think should get a place on that list.

Given that the prize represents the best Britain has to offer, it’s unsurprising that we’ve seen most of the same faces crop up on the list of nominees each year. PJ Harvey is the most decorated artist in the prize’s history, with four nominations, two of those winning in 2001 and 2011 while Radiohead have notched up the same number of nominations without a win to their name. Last year’s shortlist bucked that trend prioritising new artists over old with eight of the twelve records nominated being debut releases. Newcomers Alt-J’s An Awesome Wave eventually took the prize. We’re hoping for a more assorted line-up this year, with more previously nominated artists who’ve still got the stuff to pip the young‘uns to the prize on the night.

Though still only 23 Laura Marling is an experienced hand when it comes to the Mercury Prize, having already been nominated in 2008 and 2010 and is a shoo-in to get a third bite at the cherry on the back of her latest full-length, Once I Was an Eagle. With two unsuccessful bids behind her, 2013 might just be her year.

Also nominated twice in the past, Bat for Lashes, the erstwhile Natasha Khan, deserves credit for yet another compelling album, The Haunted Man, even if the prize ultimately remains out of her reach.

Biffy Clyro have upped the ante considerably since they were last in the running. Their sixth release, Opposites, was their first to enter the charts at number one. It was received warmly by critics and earned the Scottish trio Best British Band at the NME Awards this year. It may however prove a step too far towards the mainstream despite the prize becoming more of a populist competition of late. 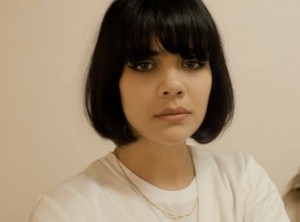 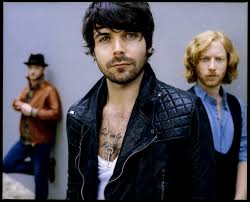 In years gone by it would not be uncommon to not recognise some of the nominees, most likely the token classical or jazz acts that never stood a realistic chance of winning. Now, however the panel have jettisoned any notions of diversity in favour of the publicity generated for the prize by bands such as Foals, when they haven’t had much of a hope despite releasing very good records. The Oxford band have had a big year with their first festival headline slot at Latitude. Their most recent album Holy Fire proved an unexpected declaration of intent from a group thought to have abandoned their poppier sensibilities with 2010’s Total Life Forever.

To no one’s surprise perhaps, the odds-on favourite to win the prize in the weeks leading up to the shortlist announcement has been the one old stager everyone wants to see take the stage in October, David Bowie, however his inclusion could be perceived as a desperate plea to goad the Thin White Duke out of retirement, no matter how deserving The Next Day may well be. Just beware this isn’t the same man from the early 2000s, belting out Rebel Rebel on a nostalgia trip. Anyone anticipating that may already have been disappointed with his current subdued, much artier incarnation.

For those more inclined for a jaunt down memory lane there’s Suede. Winners of only the second ever prize in 1993 for their self-titled debut, the reunited band released Bloodsports in March this year, a record that not only shows a mature progression from their hedonistic Britpop days but recaptures the magic of their earlier output to boot. Don’t bet against them.

Those are our shouts but which of your old favourites would you like to see on the list?