“The Red Issue is the first of our three-part “Monochrome Series” which combines interviews with the hottest Newcomer Acts, up and coming Music Photographers and future Style Icons of the Music Scene. Other stories will involve the people that make this music scene as exciting as it is: the fans and gig-goers as well as the best venues to see new bands.

Every issue of the series will have a different colour theme to it, making each one a piece of art that is influenced by the grunge typography style of the 90’s. The Red Issue features interviews with The Blinders, RedFaces, The Xcerts, singer Zach Lount from King No-One and Matt Goff (known as Gattmoff) – photographer of The Amazons, live reviews of our favourite Otherkin, Kashmere and Chappaqua Wrestling gigs as well as a story on Manchester’s best venue for new live music – Jimmy’s.” 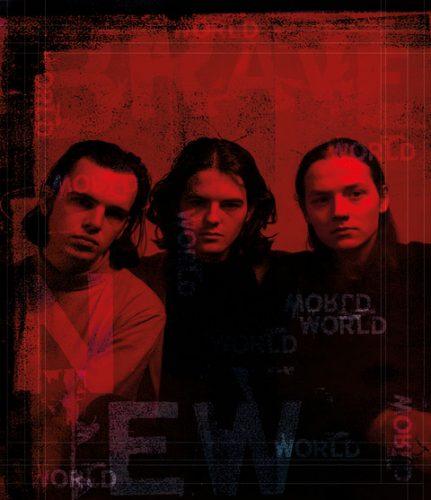 Alongside the announcement of the magazine itself, they’ve announced a launch party, taking place at Jimmy’s on 1 May, with live music from Chappaqua Wrestling. Anyone wearing red will have free entry, otherwise tickets are £5 on the door.

There will be a giveaway for everyone who buys a copy of the magazine on the night, with the chance to win one of three prizes:

#1 a print of the cover signed by The Blinders, a Pinpricks pin and the next issue for free

#2 RedFaces Kerosene Vinyl, a Pinpricks pin and the next issue

#3 a Jimmy’s bee shirt, a pinpricks pin and the next issue.

‘The Red Issue’ will be £5 on the day of the event, or available online for £7 (+postage) via https://www.futurenation.co.uk/ from the 5th of May.

This Feeling Track of the Day : The Vryll Society ‘Andrei Rublev’