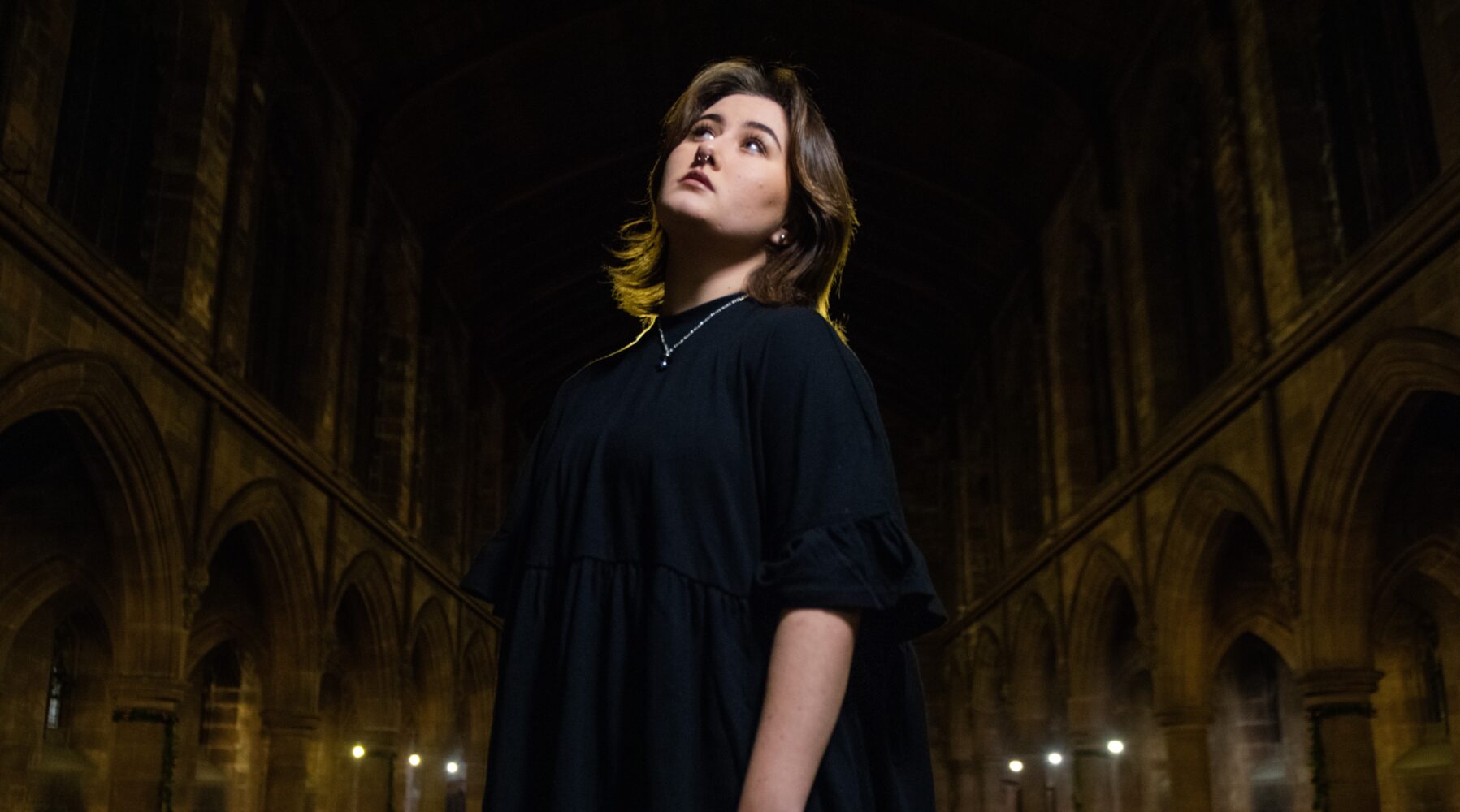 Following her viral collaboration with global pop punk sensation YUNGBLUD, Liverpool-based singer-songwriter and Tik Tok creator Chloe Noone has announced she will release her second single ‘No Wings’ on Wednesday 9th February.

The then 19-year-old was handpicked by YUNGBLUD last year through a duet competition that he launched on his Tik Tok account. He was so impressed with Chloe’s feminist take on his 2019 hit ‘Parents’, he invited the young singer to work with him on a re-release of the track at Parr Street Studios in Liverpool in March 2021.

Since then, Chloe has gone on to release her debut single, the pop inspired ‘Call Me When You’re Sober’, which was released in November of last year and has now released her follow up single ‘No Wings’.

‘No Wings’ is a soulful and relatable track about betrayal, heartbreak and acceptance and discovering a side of someone close to you that was previously hidden.

Explaining the track’s premise Chloe said: “No Wings explores themes of deception, closure and acceptance. The song is about your eyes being opened to a side of a person that was always there, but you never truly realised it.”

Although the song is rooted in personal emotions and experiences, Chloe explains that her song was inspired by a painting she came across on the internet and her response to it. Her song symbolises this realisation through the lyrics “No wings attached now”. This person was never angelic, and if they were, they aren’t anymore.

Growing up in a musical household, Chloe has loved singing since she was a child. With her father also being a singer, she has been surrounded by music her whole life.

But it was only when she started studying at college that she started to take music seriously. Her collaboration with YUNGBLUD propelled her career to new heights and boosted her profile, both internationally and in her hometown. Chloe said she was thrilled to be meeting and working with leading lights in Liverpool’s thriving music scene.

“Creativity is bursting out at the seams with talented independent artist in Liverpool,” Chloe said. “I’m so happy to be part of it.”

Though Chloe’s verse on Yungblud’s ‘Parents’ explores issues surrounding misogyny and patriarchy, she does not consider herself a political writer. Rather, she aims to write songs that make her listeners feel something; songs that are relatable and connect with people.

Chloe commented: ‘Parents’ is my most politically charged track which is a departure from the usual themes I write about. The reason I sang about misogyny and women’s’ rights in the YUNGBLUD duet was because he said, ‘write about something you’re mad about’, so I did.

“I of course had no idea it was going to see the light of day let alone blow up and later be featured on his re-release. However, I’m very grateful it did because it touched a lot of people and it’s a message people need to hear. Though, I don’t consider myself as a political songwriter, as a person I’m very opinionated and I stand for what’s right and have strong values and morals which I will back 100%…but I wouldn’t say I’m an activist, I’m just not a dickhead!

Chloe’s solo work, including her latest single, are conceptual and firmly rooted in her own experience, however the singer stressed that the meaning of her music can be interpreted differently by each person.

Chloe added: “How people feel when listening to my music is not for me to decide. Interpretation in art is something that can’t be controlled. I want people to be able to connect, really feel the words and let the melody course through them.

The new single by Chloe Noone, ‘No Wings’,  is available to stream NOW on all major platforms through Modern Sky UK.

She will perform live at Kazimier Stockroom in Liverpool on 17/04/22.

This Feeling Track of the Day: Panic Shack ‘Mannequin Man’