A New World Blazing is a celebration of one of the world’s most successful artists, from behind the scenes to front of stage, capturing the band at their most dynamic, and their most intimate. It is the first ever exhibition to document Noel Gallagher’s High Flying Birds, and features over 40 images by Sharon Latham – all fully endorsed by Noel himself.

The exhibition initially premiered online at www.anewworldblazing.com, but will now be available to view in person for two weeks only from 31st July. Limited edition prints and special deluxe artworks are available to view and purchase, many of which are signed by both Sharon and Noel. Viewers can also enjoy a 360 degree virtual tour of the show, plus an exclusive film narrated by Edith Bowman.

Noel: “Down the years I’ve been lucky enough to work with some of the best photographers in the world and I would put Sharon right up there. At its best a photograph should speak. What are the pictures saying? They are saying: We – NGHFB – have the best job in the world. To work, play, travel and party with these people is an absolute pleasure. I’m so happy that Big Shaz was there to capture these moments.”

Sharon first came to prominence in 2010 as the first female official Premier League club photographer for Manchester City. It was a shared passion for the football club that ignited a friendship with Noel, and led to unprecedented access to the band over a period of five years.

Sharon: “The first interview that ‘Pep’ [Josep Guardiola] ever did was with Noel, and that was my last shoot before I left the club. I put my foot in the water and asked to go on a few gigs with Noel on tour and he said ‘Yeah, Shaz – no problem’. When the 2016 tour started I asked if I could shoot a couple of gigs, he said ‘Yeah, come to America’. I was only supposed to be there for two weeks and it turned into five years.” 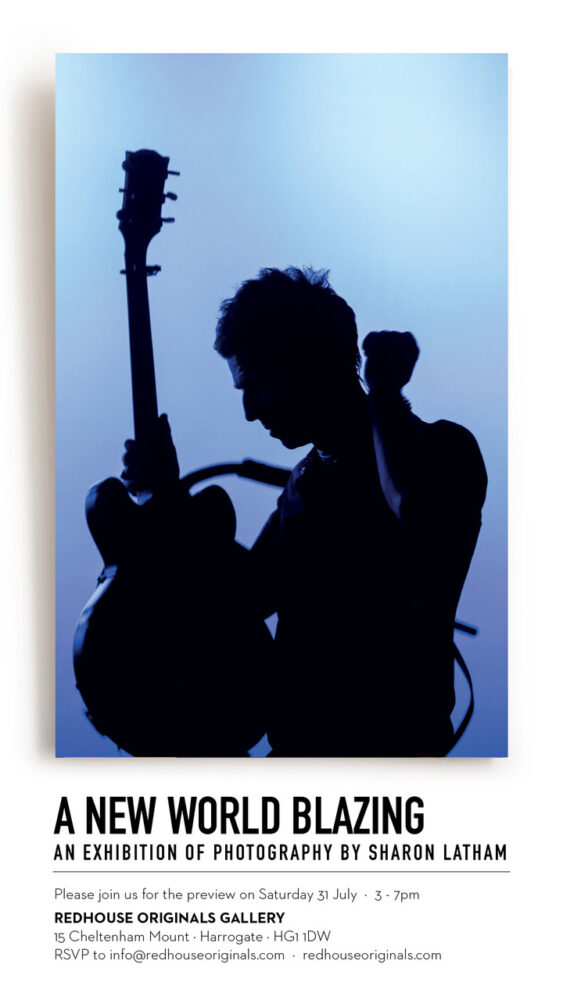 This Feeling Track of the Day: The A.V Club ‘Movie Screens’