Live At Leeds have added over 80 names to this year’s line-up, including Kate Tempest, Drenge and Sam Fender.

Heading up the announcement are Kate Tempest, known for her insightful spoken-word on modern life, and Drenge, with their fiery punk energy in the likes of ‘We Can Do What We Want’ and ‘Bloodsports’.

BRITs Critics’ Choice winner Sam Fender follows. Probably the breakthrough act of 2018, Fender will carry on his winning streak int0 2019, and bring his timeless rock to Leeds. Disco-pop duo Confidence Man will be gracing the crowds with their dancing, while Yorkshire boys The Sherlocks return for yet another year.

Speaking about their spot on the line-up, The Sherlocks said: “Really looking forward to playing in front of the Leeds crowd again! We will bring the Rock N Roll. No backing tracks, how many bands can say that these days? Bring it on!”

After winning The Best Festival for Emerging Talent at 2018’s UK Festival Awards, Live At Leeds are proving again to be the one for anyone on the hunt for new music.

For the indie fans, Indoor Pets will be showing off their fuzz-covered debut album, Be Content, while Ed the Dog is there for people fancying more garage-cut sounds.

Indoor Pets said: “Leeds is one of the best towns in the world for live music and it’s always a pleasure to be in the vicinity of some proper tough northern bouncing crowds. I’ll brew the Yorkshire Tea, you just get yourselves limbered up.”

Live At Leeds takes place on May 4, in venues around Leeds City Centre. For more information and tickets, click here. 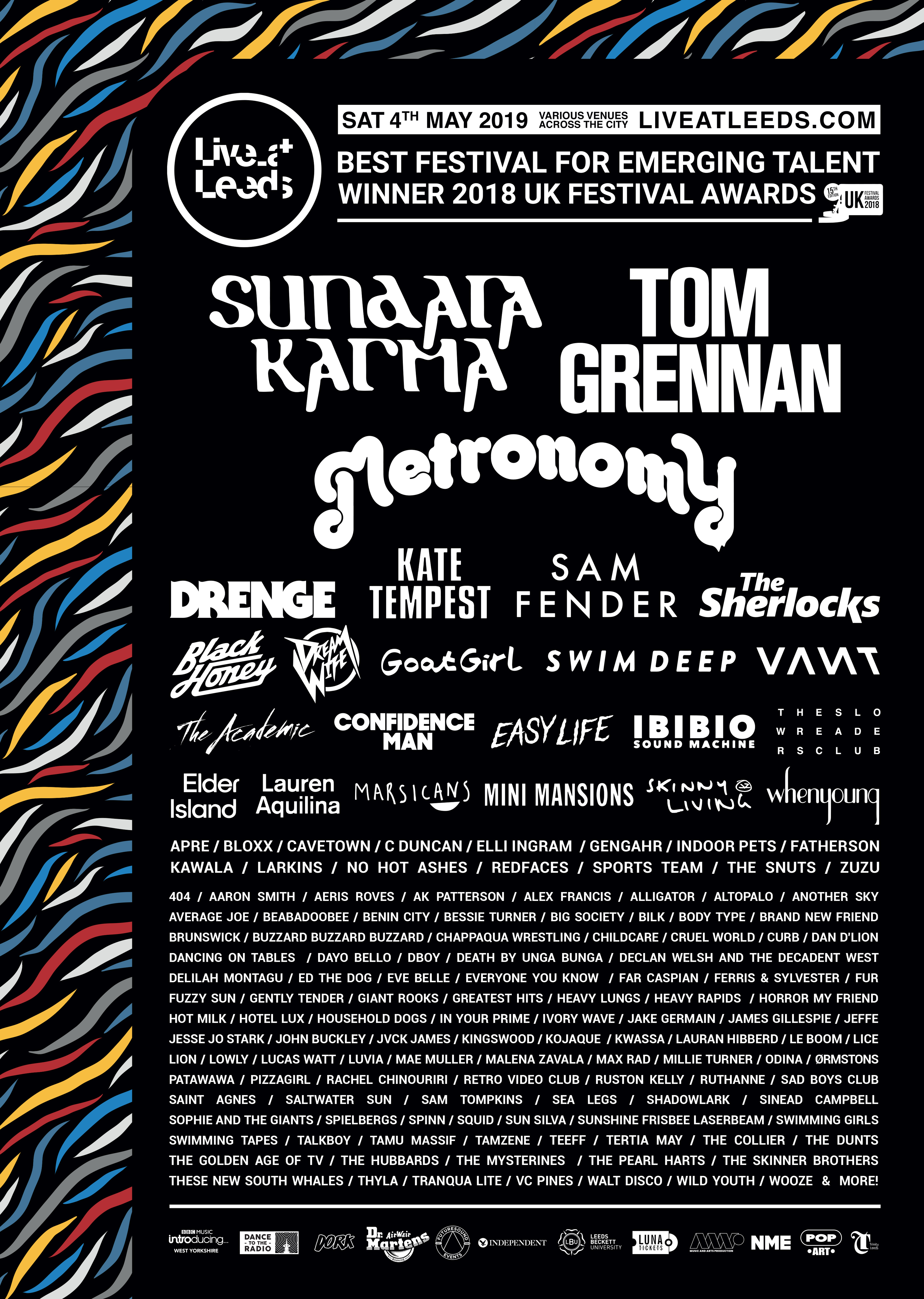 #Bigin2019 This Feeling Track of the Day : The Snuts ‘Manhattan Project’