AMP Lost & Found festival has revealed its most ambitious,  revered and inclusive bill to date.  Get ready to groove under the Maltese sunset in May 2019 with Flava D, Bugzy Malone, Peggy Gou, Little Gay Brother and more.

Celebrating its fifth anniversary of good times, Lost & Found fest shall return to Malta on May 2-5.  Kicking off the 2019 festival season in style, Lost & Found – curated by Radio 1 DJ Annie Mac – already has a host of pool parties, boat expeditions and an exclusive one-of-a-kind castle extravaganza lined up.

The lineup for Lost & Found is the weekenders most prolific to date.  Chase & Status are lined up to be making their debut appearance at the festival, while Heidi, Tyneside terror, Patrick Topping, Mall Grab, Flava D and The Black Madonna are set to be welcomed back to the Mediterranean isle in style. 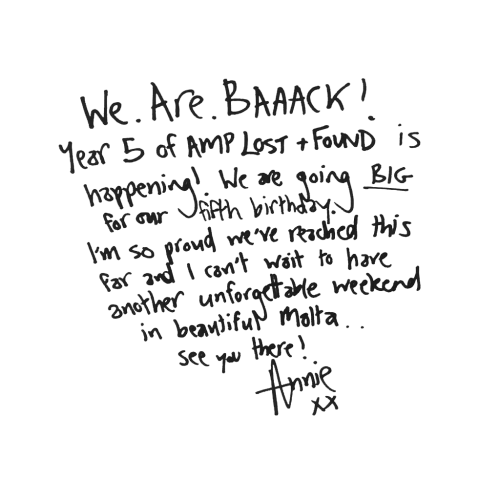 Across the weekend, expect to be enchanted under the starts by Warehouse Project favourites Madam X and Denis Sulta, as well as skanking, heavyweight icons Peggy Gou, Lady Leshurr, Moxie and Skream.

To say the Lost & Found fifth anniversary bill is mammoth would be a complete understatement.  AMP have officially pulled out all the stops for next years celebration of music.

About the lineup, curator Annie Mac herself said

“We are so chuffed that we [Lost & Found] have made it to five and we are going to celebrate in a big way this year with a huge, diverse line-up to represent the amazing people that come to Lost & Found every year. Cannot wait already!“

Looking to bag yourself a ticket to the biggest Maltese-based festival of the year?  Grab yours via General Sale on Friday, November 2 at 9 am.

If you want to grab the whole package, AMP Lost & Found have teamed up with Choice Holidays to offer you a range of travel and accommodation packages.

See below for the official AMP Lost & Found line-up poster. 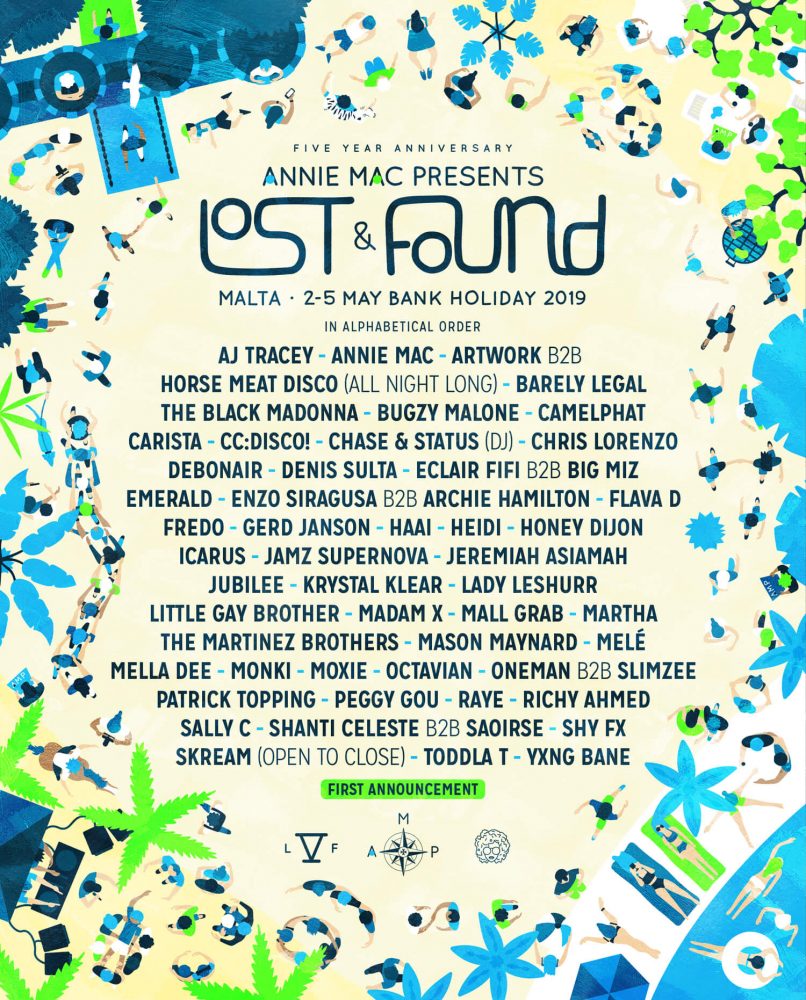