Having successfully toured the albums from Hooky’s previous bands for over eight years now,  Peter Hook & The Light  have now reached the  late Eighties and early Nineties albums of New Order, “Technique” and “Republic” in their consecutive run and have announced a raft of dates for the first and third weekends of February 2019, taking in Nottingham, Holmfirth, Leeds, Brighton and Cardiff.

These concerts follow the debut concerts for the “Technique”/ “Republic” LPs in Manchester London and Glasgow at the end of September 2018 and the band’  widely acclaimed world tour performing both “Substance” albums of Joy Division and New Order across North and South America. Europe, Australia and New Zealand.

As has become their custom, all dates feature The Light performing an opening set of Joy Division material 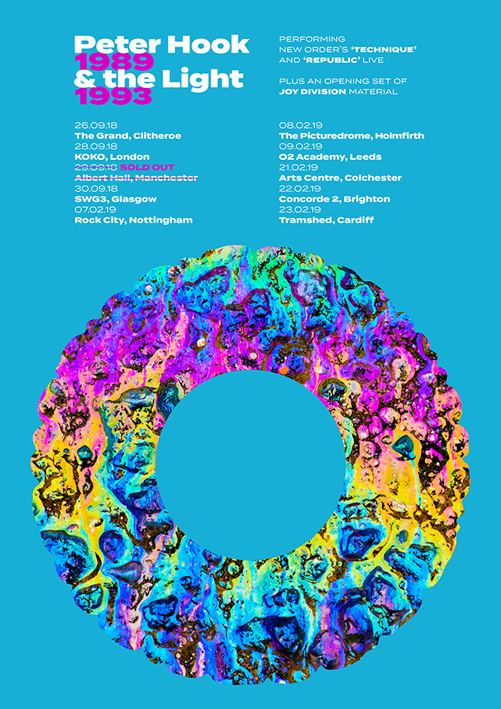 This Feeling Track of the Day : Bilk ‘Spiked’