Once again produced and mixed by Kevin Parker and POND, Tasmania coats an undercurrent of restless, anxious dread in a sheen of light, apathetic content. Rather than wallowing in self-pity, the album encourages us to celebrate the fruits of our planet, frolic in the ocean, kick up the dust, roll in the grass and enjoy the feeling of being in love – while we still can.

The title track of the album laconically bubbles with the idea of retreating to Tasmania before we’re all screwed, an environmental power ballad whirring with electronics and ripping guitar, while ‘The Boys Are Killing Me’ thunders with 808s and heartbreak, a palpable, grandiose distrust of the bad bastards both outside and in, via a heaving chorus and monumental climax worthy of its own prog opera.

Tasmania follows the release of 2017’s acclaimed record The Weather. A defining statement for POND, the rapturously received The Weather was a fearless and intriguing document which laid the blueprint for the kaleidoscopic array ideas exhibited on Tasmania. Since the release of The Weather, POND have toured the globe extensively, performing their biggest headline shows of their career thus far. Having already been confirmed for Primavera Sound Festival 2019, further dates are to be announced soon.

Tasmania is released 1st March 2019 via Marathon Artists and is available to pre-order now.

The Boys Are Killing Me 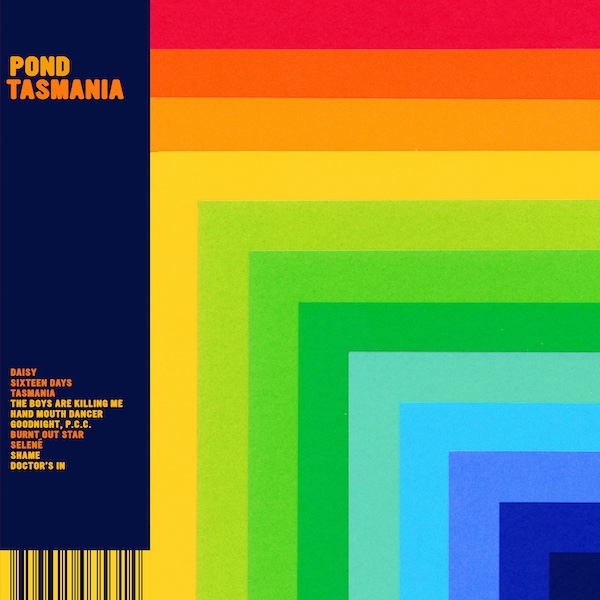 #Bigin2019 This Feeling Track of the Day : Voodoos ‘Garden Ornaments’