Ahead of it’s release tomorrow (Friday 10th March), Chelmsford’s electrifying guitar-pop quartet Secret Company have shared their debut album ‘The World Lit Up And Filled With Colour’ exclusively on Gigslutz. Scroll down to check it out…

The long-awaited debut album long player is set to blow the band up in a big way this year. Recorded at CDS Studios by Mike Curtis (fresh from his stint working on Ratboy’s LP), the band have honed their sights, sounds and strengths into a concise and powerful debut long-player that’ll be sure to excite you in the same way as a John Mayer release or a concert by The Killers. 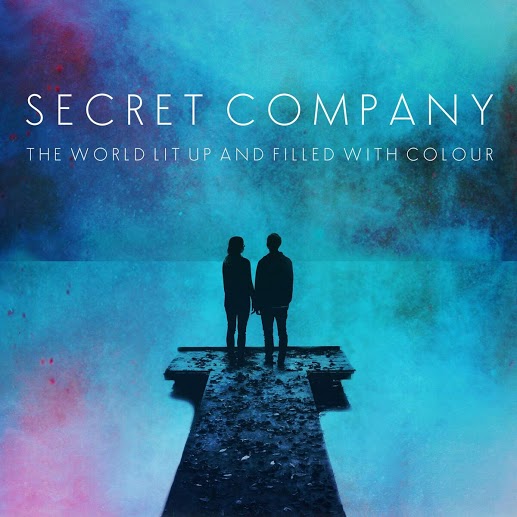 As well as including the band’s early single ‘Saviour’ (which got the music industry all aflutter and lead to the band signing to SO Recordings) this debut album also takes in the intense ‘Midnight Rush’ and ‘Lightning Parade’ and latest life-affirming gem ‘Alive’. Quite frankly any of the remaining album tracks could also be singles – such is the quality of the songwriting on display here.

The four band members clearly unite in a love for glorious melodies and their shared influences of Jeff Buckley, Fleetwood Mac and Paul Simon shine through on this record. Though the influences are evident it’s far from derivative and Secret Company have crafted an album that is more than just an homage to the greats which acts as splattered canvas of sound that’s as vivid as the title and artwork.

Vocalist and guitarist Scott Revell has spoken about how determined the band have been to create a debut album that they can all be proud of: “This album marks the culmination of all of our hard work over the last few years. Not just getting the songs written and recorded, but all of the highs and lows we’ve lived through whilst establishing ourselves as Secret Company. We’re all immensely proud of these 12 tracks and it’s impossible not to picture some significant moment around each of the tracks when I listen to them. After the last 4-5 years of being in the band and all we’d been through together, the closing track Blue Rose is lyrically a sentiment for where I felt we were at around the time we were recording the album. It was the last song to be written so was cool to end with.”

With hundreds of thousands of Soundcloud & Spotify plays under their belt, live performances on Channel 4’s reality show Made In Chelsea and festivals appearances including Leeds Festival, Secret Garden Party and Isle of Wight Festival it’s no surprise the likes of BBC Radio 1’s Huw Stephens, John Kennedy and Jo Good at Radio X and BBC 6 Music’s Chris Hawkins have helped spread the word.

With huge songs like these laced with big choruses, anthemic lyrics and bombastic musicianship, this album is 12 pieces of evidence proving that Secret Company are taking big strides to the top and bringing in more fans with each step along the way. Pre-order on iTunes and get a whole stack of instant grat love or – if vinyl is more your vibe – get on the case with the 12inch vinyl gatefold here.