December 20th sees the return of 1965 records to the Amersham Arms in New Cross, South East London, with their night ‘Unlock Your Mind’. Sounds good to us. The Amersham; regular Gigslutz warriors will know it’s been an HQ for us and holds a special place in our hearts, myself having grown up nearby and seen the rise and fall of the place, then fall further, and now its majestic rise to its deserved place as a banging raw hub of live music and creativity. This is down to the hard work, belief and vision of the landlord Andy, much respect due (no bad drummer himself either!).

The first of 1965’s regular nights at the famous venue is likely to be a momentous one, with bands either on the label or at least very good friends with them. Plus an effervescent DJ line up kicked off by yours truly at 8pm (expect some old school hip hop gems and other random classics).

LUSTS are brothers from Leicester who echo the early merseybeat sound of Echo & The Bunnymen through a driving bass and psychedelic guitars. Now based in London this show is their first since putting a track up on soundcloud and gaining positive reviews from the NME and a bunch of influential blogs. 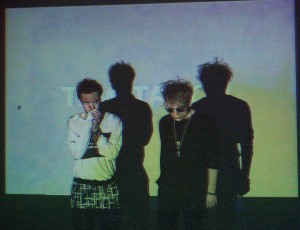 MAN & THE ECHO are from Warrington and wear their hearts on their sleeves. Loved by The Coral among others, the band infuse Northern Soul melodies with swirling harmonies and the words of a beat poet… charming and effervescent this band will make you want to become a paid up party member.

HOLY hail from Worcester and have a groove that is not only reminiscent of 80’s Rolling Stones and mid 60’s Bob Dylan but is obviously spiked with Psychedelia. The band have been championed by several blogs including Killing Moon who included a track on their latest compilation. 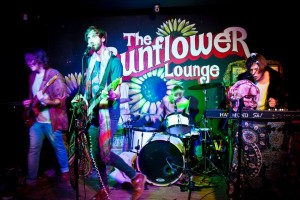 DJ duties will be split between COVES who have just finished touring the US with Raveonettes and Europe with St. Vincent, and the ever popular PALMA VIOLETS who are about to embark as headliners on the NME tour January and February. Expect music old, new and probably stolen.

Indie A&R Legend and 1965 records chief James Endeacott will be spinning the wheels of steel and there’ll be a guest Gigslutz set at 8pm, likely to be a fairly drunken one too following an annual xmas meal with old mates up the road!