For three whole days from 7th-10th August, Yorkshire’s rural Funkirk Estate in Skipton plays host to one of the UK’s most exciting emerging festivals. For anyone who hasn’t had the pleasure of being introduced to Beacons you are certainly in for a creative injection of culture. Fusing the perfect combination of arts & crafts, film and of course music, Beacons offers a unique sanctuary for those wanting a little bit more from the festival experience. 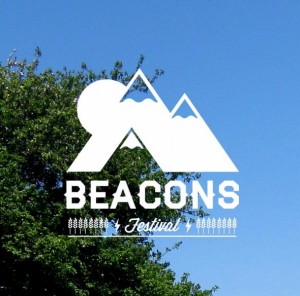 For their third edition, Beacons have pulled out all the stops and are now boasting a range of amazing improvements. From the new state of the art sound systems to the late night silent disco, organisers have taken festival goers feedback on board to ensure 2014 is their best event yet. Hardcore foodies can enjoy some tasty morsels from a few of last years’ favourites such as Mother Clucker, Dough Boys and Patty Smith’s as well as new kids on the block like Noisette Bakery, Bundobust and much more. You can also enjoy the generous array of cheap beer on offer at the Whitelocks beer tent which also features delicious brews from Five Points Brewery, Magic Rock and Kirkstall Brewery.

And then there’s the music. Stepping up for headlining duties are New York’s electronic collaborative duo Darkside, London trio Daughter and Queens’ very own half rapper, half chef, Action Bronson. Post-punk band, The Fall will be making an extremely rare festival appearance and electronic music fans can look forward to Jon Hopkins, Dixon, Mano Le Tough and Daniel Avery, who are all set to shake the Resident Advisor stage by storm.

If world music, audio/visual screening and daily early morning yoga is your thing then the Into The Woods tent is the place to be. Organisers have also just introduced the new Hunters Field, which will house the Argyll Stage and Dawson’s Art House, which will screen independent films from No Gloss Film Festival and Dawsons Grindhouse Cinema.

With an outstanding line-up and a plethora of creative activities, Beacons 2014 is already a frontrunner for one of the UK’s best-unearthed gems of the festival circuit. And at only £109 for an adult weekend ticket you’d have to be pretty crazy not to get on board. You can buy tickets at http://greetingsfrombeacons.com/ and check out the full festival line up below. See you in the Dales!

View all posts by Rachel Akiboye →