Still managing to spark skeptical controversy, raised eyebrows and set poisoned opinionated tongues waggling twenty one years after its founding at Stratclyde Park, Lanarkshire; T in The Park (TITP) – Scotland’s premier music festival – is celebrating its twenty first birthday in style, by boasting one of the most diversely exciting line-ups the three-day musical extravaganza has ever seen.

The first ever T In The Park – pulling its name from its sponsor, Tennent’s lager – in 1994, saw the likes of Bjork and Blur fronting the main stage, while Britpop legends Oasis were given a supporting slot to Del Amitri in the King Tut’s Tent.  Since moving from Stratclyde Park to current residence Balado, near Kinross-shire, in ’96 the event has rapidly risen in the festival rankings and, in 2005, was hailed the UK’s Best Festival, startlingly managing to knock the crown from the prestigious Glastonbury Festival. 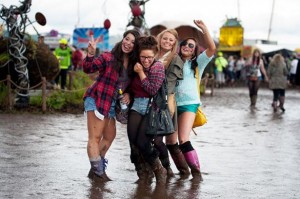 As Scotland’s longest running festival, credited by the Guardian as “a rite of passage for young Scots and a ritual for older ones”, T in the Park still remains under the firm grip of festival director Geoff Ellis – a man who’s made the dreams of youths and elders become a reality over the last twenty years by booking colossal acts such as The Stone Roses, Iggy Pop, Pulp, Paul Weller and Radiohead.

The 2014 festival – set to be headlined by TITP veterans Biffy Clyro, resident Scottish DJ Calvin Harris and (arguably) the biggest-band on the planet Arctic Monkeys – is sure to be nothing less than spectacularly breathtaking.  But, what makes the twenty first anniversary celebrations of TITP so extraordinary is that this potentially is the last (ever) time the annual pilgrimage will be made to the disused airfield in Balado.  Due to apparent pipeline issues, the 2015 T In The Park will be held at its new home in Strathallan, Perth. 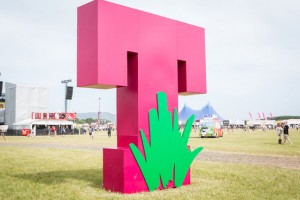 However, to make sure Balado goes out with a bang, Ellis and his team have managed to snag some of the most inspirational names in music: (The Charlatans, The Stranglers and Inspiral Carpets) and placed them alongside a variety of future hall-of-fame rock n’ rollers (Royal Blood, Drenge and Twin Atlantic) and up-and-coming pop superstars (Charli XCX, Chloe Howl and Ella Eyre).  The diversity of this year’s star-studded line-up is colossal:  Ex-Swedish House Mafia DJ Steve Angellowill headline the Radio 1 Stage on the Friday night, while the legendary Pixies parallel, taking to the King Tut’s Tent for their triumphant return to the festival, ten years after their mesmerizing 2004 performance.

With T In The Park priding itself on introducing the hottest and most exciting talent, mainly found from the length and breadth of Scotland, this year’s BBC Introducing Stage is set to showcase the obscurely attractive sounds of –  the increasingly popular –  Amazing Snakeheads, Dundee’s Copper Lungs and Leeds’ up-and-coming singer/songwriter Hannah Trigwell.   Alongside these lucky artists on the Introducing Stage are Brownbear –  a band that have already started creating waves since supporting the likes of Babyshambles and Dundee’s The View on their back-end of 2013 tours.

Although the fantastic line-up makes it nearly impossible to pick a single-stand-out unmissable artist, I’ve put together my personal picks of acts you simply cannot afford to miss out on at T In The Park:

Who doesn’t want to be a ‘Debaser’?  Filling a ‘Gigantic’ Kim Deal shaped hole with Paz Lenchantin, American alternative rock four-piece Pixies return to T in The Park, headlining the infamous King Tut’s Wah Wah Tent on Friday Night.  Set to douse the crowd in a heavy cloak of nostalgia, seeing this celebrated, raucous band in the comfortable, intimate setting of the King Tut’s tent is an opportunity you should be itching to grab.

The Glasgow trio who placed 5th on the BBC’s Sound Of 2013 list and played TITP’s Transmission Tent last year, have risen from strength-to-strength, even managing to land them a slot at this year’s Glastonbury Festival as well as a chance to perform on the King Tut’s Tent at TITP.  Pairing oozing electronic sophistication with sparkling vocal performances, Chvrches step up their game this year, showing the Scots how to party right.

Being branded as “one of the most distinctive and divisive figures in the UK house explosion” it’s no surprise that Julio Bashmore is finally making his long-awaited debut at this year’s music celebration. Expect a moody sea of raised hands and bobbing bodies when the Bristol born phenomenon drops his Jessie Ware featured track ‘Peppermint’ in the Slam Tent on the closing day of the festival.

The name trickling from Zane Lowe’s and Steve Lamacq’s lips, pounding from XFM speakers and causing jaw-dropping storms whenever they appear live, Welsh four-piece Catfish & The Bottlemen have finally struck gold.  Expect floods of teenagers screaming for Billy, Bob, Benji and Van McCann as their edgy, strident sound explodes and infests Scotland with a case of Catfish fever.

Already adorned with their own chant, (a compulsory particle of any high-quality Scottish band), Scotland’s future weapon, The LaFontains, once again ascend on T in The Park.  Expect rumbling choruses, volatile guitar riffs and immense serge of energy radiating from the Motherwell lads.

Sizzling synths, dapper costumes and ground-breaking sophistication are all part of the ‘Metronomy’ package.  The unique electronic four-piece is set to spin a tornado of power as they drive their way through their fifteen-year career spanning set list on Sunday at T in The Park.  Sure to bring the southern sunshine to King Tut’s Tent, Metronomy should be top of every festival goer’s to-see list.

Blackpool’s golden boys Darlia are sure to cook up a scintillating performance over the course of Scotland’s most-loved three-day festival.  Temperamental attitudes and killer atmospheres will float their way from Darlia’s set, sure to make the performance one of the most exhilarating and un-forgettable of the entire weekend.  Regardless of your genre preference, Darlia are a need-to-see.

PREVIEW: 7 Artists To Watch at Festibelly