This weeks For The Record comes in the form of The Beautiful South‘s classic ‘Welcome to the Beautiful South‘.  Musing over the in’s and out’s of the record that at first listen surpassed the ears of Gigslutz contributor Jacob Flannery as merely a naively ‘catchy’ record that was forced upon him through perilous car journeys growing up, its now, on reflection, that he can truly understand the real magic of  heartbreak and love through the fourteen tracked record.

Listening to ‘Song for Whoever’ blaring through the car speakers on trips to the seaside or even those laborious journeys to some god forsaken garden centre, The Beautiful South’s debut album was a common feature for me as a kid, and it somewhat stuck. Although to say it’s influenced my music tastes now, couldn’t be further from the truth, naively singing: “Jennifer, Alison, Phillipa, Sue, Deborah, Annabel, too ” on those boring journeys, continually mistaking lyrics and not even understanding what the hell Paul Heaton and David Hemingway were even rambling on about -sometimes for the best- it still made for timeless memories. 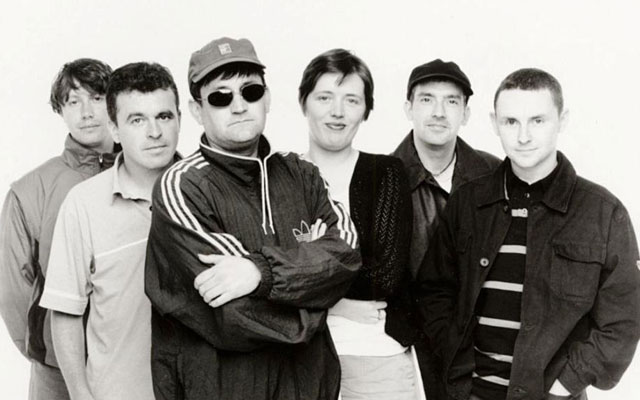 Released back in 1989, it’s safe to say I first heard the record a considerable amount of years afterwards, however their continual rise in popularity ensured it wasn’t a record simply forgotten.  And neither was it a year forgotten. Sir Timothy John Berners-Lee, a British scientist, unknowingly stumbled across one of the best inventions of our time, creating the world wide web. Over in Europe the Berlin wall came crashing down, once again uniting East and West  Berliners. And for those of you out there addicted to Nintendo, the Game Boy was introduced to our shelves, instantly being scribbled down on all children’s Christmas wish lists. Top of the Pops was still in full swing and the two respectively known as lead singer and drummer/singer from the harmoniously jangly pop band The Housemartins, soon struck success with Welcome to The Beautiful South, released not long after The Housemartins split in 1988 – just as they were reaching the height of their success.

The Beautiful South-Song For Whoever

The Beautiful South, a name derived as some sarcastic comment on their firmly established northern roots paved way for a similar style of music to that of The Housemartins, somewhat differently seeing them flutter though female vocalists as quickly as Taylor Swift appears to flick through boyfriends. Merging socialist politics and some gospel style harmonies, the band were never short of angst and troublesome lyrics that were often terribly disguised by upbeat and infectious rhythms. Even initial artwork for the album, depicting a women holding a gun firmly in her mouth and a man lighting a cigarette, created a stir. With one chain store refusing to stock the album in case those impressionable youngsters embraced the idea of taking up smoking or partaking in some gun-gobbling frenzy, the cover was soon changed to feature two images of teddies – It’s fair to say they received the message.

Riding off their previous successes, single ‘Song for Whoever’ charted at number 2 on the UK singles chart with ‘You Keep It All In’ peaking at number 8 and ‘I’ll Sail This Ship Alone’ making its way to number 31. Welcome to The Beautiful South certainly established the band and paved way for numerous more successful records which has made them a household name within their genre. But, if a records success simply boils down to its triumph in the charts, and the amount of money artists reel in, there’s really a sense of sadness to it all:

“Depends upon the tears you weep,
So cry, lovey cry
Cry, cry, cry

Oh Cathy, oh Alison, oh Phillipa, oh Sue
You made me so much money,
I wrote this song for you

Deep so deep, the number one I hope to reap”

Well, maybe for The Beautiful South chart success wasn’t a notion far from their minds. Lyrics from ‘Song for whoever’ speak from the cynical view of a deprived writer who uses the misfortune of their pencil case lovers solely for the purpose of finding new lyrics for their songs. Speaking about the exploitive nature of pop songs, swooning vocals and stylish piano melodies  bring a seemingly heartfelt tone, only adding to the satirical demeanour of those careless lyrics. With a similar bitter sweet humour  ‘You Keep it all in’, expresses relationship struggles as Heaton and guest singer Briana Corrigan (who was later recruited to become a full member of the band) squabble in turn verse after verse arguing to and fro:

Funny how quick the milk turns sour
Isn’t it, isn’t it”

The Beautiful South-You Keep It All In

Continuing this theme of troublesome relationships ‘I’ll Sail This Ship Along’ blatantly stands apart for its solitude . Relaxed vocals bring a sense of fatigue, carrying heavy feelings of loneliness as Heaton rhetorically asks for his relationship to continue: “If, if you swear that you no longer care
Well then I’ll sail this ship alone”. Submissive throughout it feels as though any relationship has already reached its climax, with specs of hope only adding to its desuetude.

Listening to this record now it’s hard to image how it could possibly have appealed to my childish ears.  However, aside from the sarcastic and bitter lyrics the likes of ‘Girlfriend’ are bursting with upbeat orchestral instruments and ‘Have You Ever Been Aware’ is uplifting with its jazz pop beats. To my naive immaturity Welcome to the Beautiful South certainly had its allure, but now listening back to the familiar record it’s never been more apparent to hear the tormented thoughts exploring the negligence of relationships and love.