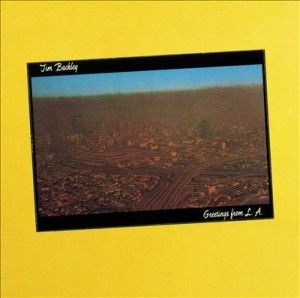 I was handed a piece of paper with just the words “Tim Buckley – Greetings From L.A.” sprawled across it whilst being told “listen to this record Becky. It’s going to change your life.” It’s not uncommon to be a little dubious after hearing such bold statements about music. Many artists have changed my life both for the better and for worse but no one has managed to do it the same way as Tim Buckley did in this album. It’s sex-funk at its absolute best.

An introduction to Tim is in order. He’s that guy who brought Jeff Buckley into the world and who gave him those good looks. They only met once but still share the same pure talent for music. Buckley senior began as a folk rock artist in the late ’60s and his debut self-titled album was seen by friend and bandmate Lee Underwood as “a first effort, naive, stiff, quaky and innocent [but] a ticket into the marketplace”. The disparity between his early career and his later move into sex-funk is so remarkable how he “wasn’t really comfortable in his own musical skin” during the early days and focused on pleasing fans, yet abruptly moved to a new sound so unfamiliar to everyone but himself. It was disruptive but it was what gained him his cult-like following. 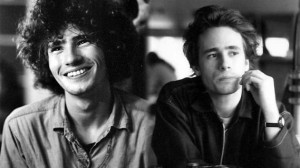 Greetings From L.A. wasn’t well received back in 1972 but looking back at that year in music it’s not hard to see why Buckley may have been overlooked. There was so many major releases from those still raved about today including the likes of Black Sabbath, Pink Floyd, Lou Reed, David Bowie and Jimi Hendrix – the list could go on. To me, it’s a shame people allowed him to fall out of the loop as his new style paralleled the seductive style of The Doors who were busy taking the world by storm.

So back to the album – it’s a masterpiece. It’s necessary to buy the record; the digital recording is good but doesn’t do it justice. As the needle lays down and the initial crackles of ‘Move With Me’ begin you can tell it is going to be something you won’t regret purchasing. The record is filled with tales of seduction that may be the answer for the limited airplay Buckley received; 4:52 in and we’ve heard about his night with a “big ol’ healthy girl” and how her dad “broke every bone in [his] body” as a result. It’s not all about the sex though as the keys overpower themselves with enough bopping funk to drive the groove along.

He goes on into another song about sex but would it be sex-funk without it? ‘Get On Top’ explains itself with its title. A minimalistic riff stays in the background which even though it’s not the most extravagant at times, the groove remains and sometimes the keys return fully for a breakdown for Buckley to express even more emotion into his on-the-edge lyrics. However, it’s the comments on YouTube that manage to fully sum up the reaction this song caused. Take user ciscodiablo – “Tim was just one dirty talker. His music gets my wife in the mood every time I play it. ;-)” It’s not exactly what you want to hear but Buckley was continuing the ’60s sexual revolution. It was shocking, radical and a sign of societal change. Jim Morrison was doing it and so was Mick Jagger; it’s all about being scandalous. There’s no sign of Tim’s cheating and slutty ways ending quite yet as ‘Sweet Surrender’ is his big confession but there’s a hint of satisfaction of his new public image. It’s the slowed down sleazy track that delivers his lyrics as poetry; he’s being brutally honest that Tim will get who Tim wants. He’s a heartbreaker. 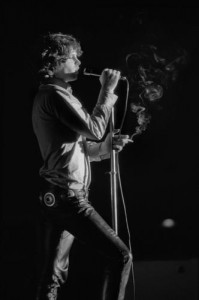 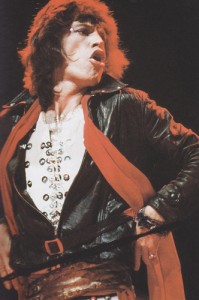 It’s not all about the sex. ‘Nighthawkin’’keeps the same seedy melodies that ooze acid-funk. Underwood’s relaxed yet jazzy riffs saunter along with the return of the female backing vocals to create a chilled out intermission in the middle of the record. There are hints of making up for his years apart from his sex-funk calling as the scatty vocals revisit the colourful-’60s. What I find most appealing about Tim Buckley is his multi-octave vocal range. The emotion-filled, low-key sung poetry fused with screeching, awol wails of pure desperation and anguish – he shows no desire to constrain himself. This album is all about him breaking the boundaries he made for his user-friendly folk rock. Today’s equivalent would be Miley Cyrus leaving her old days of being the best of both worlds with Miley and Hannah for her new wrecking ball façade.

Clap along and bring out your acoustic. Fingerpicked ‘Hong Kong Bar’ shows Buckley’s reluctance to fully leave his folk days behind him. It’s a breath of fresh air. Bluesy and full of dejection – a reminiscence of his rebellious past. It’s not a far cry away from his sexual yearnings but it wouldn’t go far wrong from being in place on his past LPs like Starsailor and Goodbye And Hello. Finishing the album back on a sex-funk level, ‘Make It Right’ sees the homecoming of the strings section and erotica. “Come on and beat me, whip me, spank me” he whines; he truly was the ’70s Miley Cyrus. Despite the burden of minor, unpromising chords, the track still craves for its carnal desire and jazzy, garish melodies to endure till its full closure. It’s sad to say but ‘Make It Right’ might have just been early disco’s predecessor. 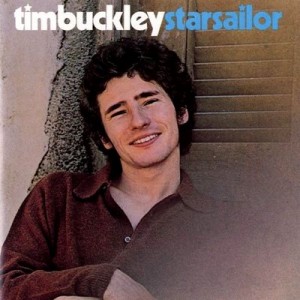 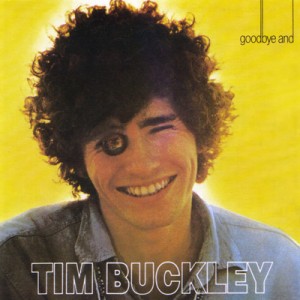 Buckley just missed out by a year from being a member of the 27 club but his early departure from an overdose at the young age of 28 left us without years which may have contained more sex-funk. He could have overcome the barrier of failure he faced with his move from folk to jazz and seen years of success in his future. Greetings From L.A. seems forgotten. Some said he was a sell-out, others just left him due to the overly sexual lyrics but it can’t be denied that Tim Buckley left making a statement – it’s not about the fame, it’s about the women. Do yourself a favour and try out a bit of sex-funk for yourself.