Following an outdated 4 day glitzy showbiz bash to show off someone who has enough bling to feed starving millions, 5 days celebrating heavy metal music seems the only appropriate event that would truly be a ceremony for kindred spirits to unite together in benefit of an art that will without doubt make you stand to attention. Download festival made a thankfully full capacity sunny return to Castle Donington, over the weekend of 10th-12th June 2022, the first return to the site since COVID 19 put a halt to proceedings for the past 3 years, apart from a scaled down test event that took place last year.

The site was already awash with attendees, dressed in traditional black attire, cloaks, fancy dress, shields and armor, Dr Marten’s, pierced inside and out, and tattooed up to the eyeballs ready to party from all over the world when I arrived on site on Thursday. The crowds I ran into were happily singing and shouting a rendition of Spandau Ballet number 1 smash Gold whilst one guy, showing off his sizeable gut, laid on a tarmac floor in the carpark joined in with the rawkus singing. Peaking early might instantly come to mind but this is part and parcel of the joyful gigantic, happy crowd that descended on the fields of Derbyshire.

With the golden rays of summer sunshine beaming down on all metal lovers on Friday the music rolled around the ginormous standfast tress as Wayward Sons, Theory and Black Veil Brides took to the Apex Stage, with a gorgeous backdrop of rolling midlands hills. It is however the Dogtooth stage that got proceedings underway, a quick-fire crowd circle of audience members doing the rounds round each other as Heriot storm through their set of startling deafening riffs.

Making a welcome return from last years pilot event are crowd favourites Skindred exhibiting a heartwarming serenade to the crowd, exclaiming ‘people lost people during the pandemic, I don’t want to remind them of that, I want them to dance’. So it is with music, one of the real healers of the lockdown, despite there being on site pastors, their work over this weekend might not be as busy as expected with the crowds worshipping their on stage Saviours. A Day To Remember have the crowd in the palm of their hands, All I Want and It Means A Lot To You get the crowd down the front into a flurry of activity.

Friday Headliners Kiss put on a show not to forget as Paul Stanley proclaims this will be the bands last show at the festival, and in the UK, after a 5th appearance either at Download or its hallowed predecessor Monsters Of Rock. I don’t think I’ve ever seen so many pyrotechnics in a set. From the members of the band descending from the roof of the stage on platforms and wearing them, fire, fireworks, sparks and explosions fly, pop and bang all over the place, it’s quite a showstopping showcase. Considering the band members are all in their 70’s, to say they are masters of their art form would be abit of an understatement what with having such a stellar showstopping classic in Rock and Roll All Nite under their belt as all manner of balloons, bands members gliding over the crowds and ticker tape floating over the Derbyshire crowd making for a spectacular opening night.

Saturday arrives and with barely time to catch your breath Bush take over the Second Stage with their dirge of indie, Seattle style rock, their 90’s anthem Swallow awakens many of the crowd to their feet, Megadeth headline a packed out the aforementioned Second Stage, we rock up in plenty of time with a decent view of the stage, by the time of the band take to the stage, walking on to Ace Of Spades, the crowd reach all the way back to the foods stalls, the band lead their brigade of followers on a merry dance, bearded frontman Dave Mustaine growls and snarls as the band deliver classics such as Sweating Bullets, Wake Up Dead and the popular Symphony Of Destruction.

On the Apex Stage Black Label Society don’t mess around and look fearsome with their skulls and crosses helping to redeem the masses, Deftones leap about with enthusiasm as they tear into their alt-metal anthems Be Quiet And Drive, My Own Words and Diamond Eyes, whetting the appetite for theatrical metal Gods Iron Maiden. Bruce Dickinson propels himself on stage like a madman let loose, jumping over front of stage monitors the band shred into Senjutsu, Stratego and Sign Of The Cross. All manner of eye catching visuals are propelled behind the band including a huge airplane which flies, dips and dives over the band, for some the real highlight will be seeing their mascot Eddie in various outfits and at one part of the set sword battling Bruce. The final crescendo of the night is an all out sing-a-long Run To The Hills, a quite brilliant set from heavy metal gurus.

Sunday arrives from the dust of its predeceasing days just about setting, yet more treats and delights for sunkissed crowd, many attendees are showing the affects of the nonstop sun and wind blowing all over the crowd, windburn tans are showing their affects with many not quite prepared for the sun fest, t shirt tans and redden faces are all over the place. Back to the music brutal new band Heriot terrify their audience with their brash brand of sandpaper rock which the crowd go bananas for over on the Dogtooth Stage,  Yonaka’s opening track Ordinary is far from it, rapping and rocking Theresa Jarvis spouts attitude and a vocal prowess as the band play Seize The Power. Download regulars Trash Boat high energy set is lead by the enigmatic Tobi Duncan who barks out Silence Is Golden and Vertigo, the audience remain starstruck as he introduces Wargasm’s Milkie War for a blast through That’s Entertainment.

Korn might well be many automatic choice as the Sunday headliners, whilst this is debated the setting sun dwells on the band as they play their nu-metal which includes Dead, Start The Healing and Shoots & Ladders, turning nursery rhymes into a crowd surfing mess. Sunday headliners Biffy Clyro return for their second stint at Download and they don’t let anyone down. A quite magnificent set spawns one surprise at its dawn, Simon Neil wearing a shirt!? But this is only for the first few songs before he gets rid of the cotton and really gets down to business. ‘Scream for me Donington’ does little but whip the crowd into one last frenzy with the likes of Cop Syrup, Mountains and That Golden Rule sounding far and wide over the Derbyshire hills, striking an astounding sound through the ears of the masses.

There are some tender moments including Machines which begs for the crowd to cry their approval, they duly do in their thousands bellowing ‘I’ve forgotten how good it could be to feel alive’, which in present climates as were surrounded by wars and rumours of wars does little but melt a thousand thoughts of retribution, Putin take notice. With Biffy taking their final bows at the curtain call after the previous golden rock gods taking the stage to close the previous nights, its refreshing to see young metal blood headlining and the crowd taking to them with such passion.

Download 2022 was another sensational jam packed line up, next years festival has potential be the best yet, with rumours of an extended 4 days festival, possibly entertaining the idea of the festivals best line up yet, the promise for an even more incredible line up isn’t beyond the realms of possibility. Rock on! 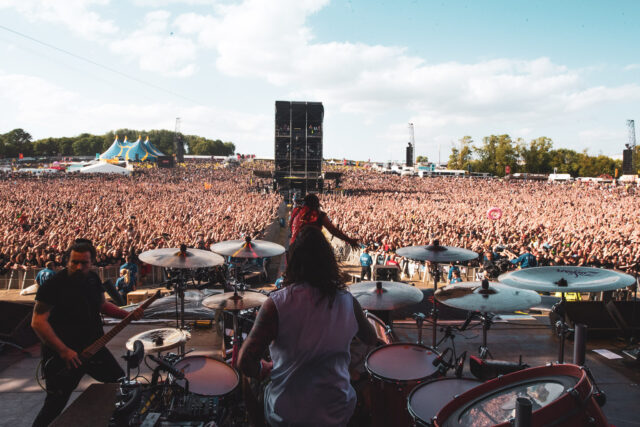 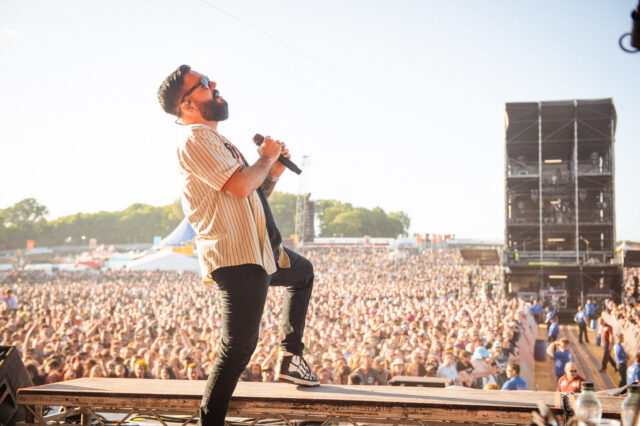 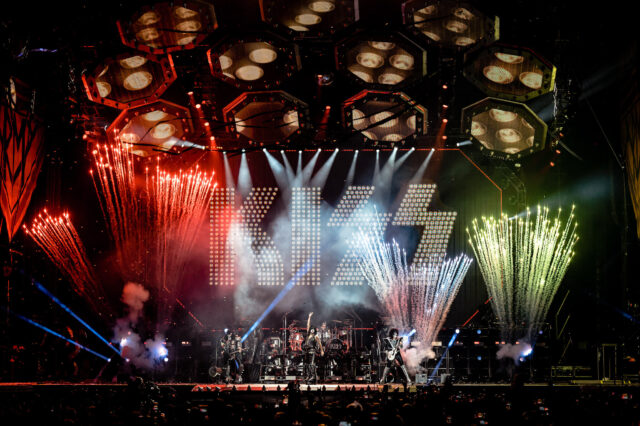 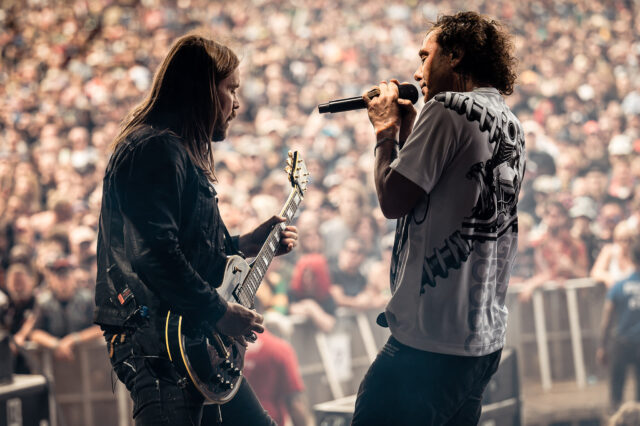 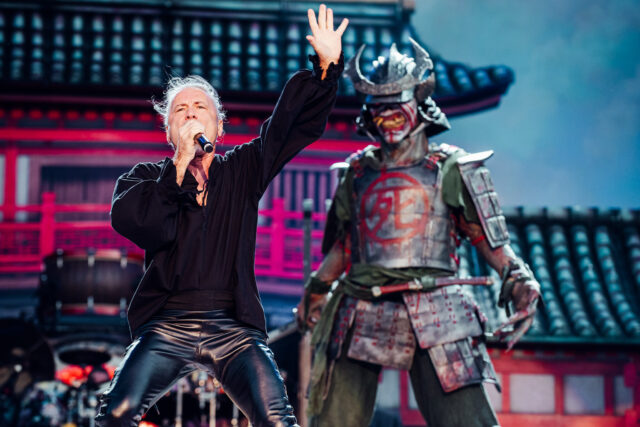 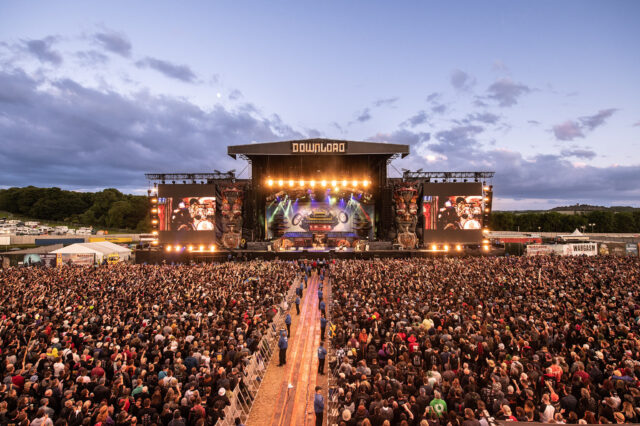 This Feeling Track of the Day: Candid ‘The Truth’