The Hacienda, Madchester, Spike Island, Glasgow Green, ecstasy, Vespa scooters, The Stone Roses and The Happy Mondays have all gone down in history as seminal, definitive, and esteemed phenomenon’s that had a defining impact on many boys/girls about town that were in attendance or beheld some of these activities. What is often reported when recalling these sensations is innocent enthusiasm, a desire to stay forever young and that the goods times should always be recalled now that the sunset has landed on these junctures.

Stephen ‘Cressa’ Cresser was and still is seen as a key figure head of these settings. Working alongside The Happy Mondays, the Bez (but a better dancer) of The Stone Roses, shaven head, wearing flares along with some of the coolest clothing of the period, adjusting guitar pedals for John Squire in a live setting, featuring in the biggest and best music and fashion magazines of the time, a pioneer of the whole period. Cressa had it all going for him. Latter years saw him become firm friends with the legendary Clash front man Joe Strummer plus world renowned artist Damien Hurst.

You would think with a CV like this the world would’ve been his oyster, however, a new book by famed Manchester mogul Dave Haslam helps to lift the lid on Cressa, his tragic fall from grace, heroin use, becoming homeless, sofa surfing plus his disappearance from the limelight and his journey back being clean. Not All Roses; The Life & Times of Stephen Cresser is part of a set of superb short books by Haslam, published via Configo Publishing, released on 31st May 2022.

Cressa discusses with Haslam candidly regarding his upbringing which sounds contented, the move to the scooter scene saw him mix with pre-Roses Ian Brown, John Squire, Mani and Andy Couzens. One game changing moment was finding 21” flares. Moving to a wider ankle trouser was seen as an unexpected fashion statement and a move that certainly got you seen as a dedicated progressive front runner in fashion, with Cressa introducing this casual change to the out of sorts Roses. From being seen as a goth, higgledy-pigglydy line up, all band members looked like they’d been working in a haunted house, Cressa’s obvious influence gave the band as much groove as when Mani locked horns with Reni.

The book sojourns back to hedonistic and carefree times, Cressa recalls his time around a mixture of individuals who were seen as key movers and groovers in around the northerns quarters. He recollects good times in and around the Mondays entourage, the Mondays were seen as equals to the Roses; there are tales of his own drugs usage and as with some from that period moving onto harder substances just became the norm. From the odd smoke, to powders and then even more lethal doses, Cressa might find himself fortunate to be around in 2022, and some might say he is right to question who his friends really are and were from that dark period. Andy Couzens gets some gracious kind words, but others aren’t so fortunate.

The tale is cleverly woven, with just the right amount of intrigue to keep the reader glued to each page. When the book was announced it was a relief to hear Cressa is back on his feet and doing well, and there are certainly more tales to be spoken of at the forthcoming Q&A events doting around the UK in the coming months. Iron. Lion. Zion.

Not All Roses; The Life & Times of Stephen Cresser is available via the following link 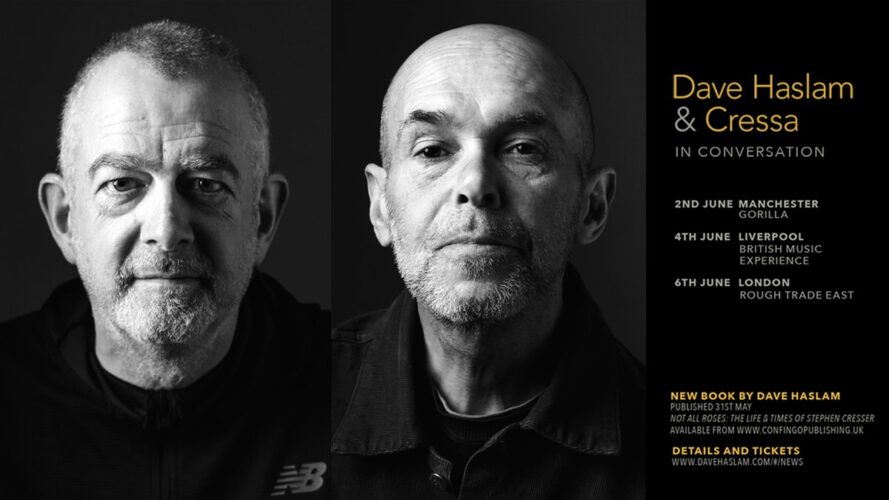 This Feeling Track of the Day: Lissy Taylor ‘Young’