On Friday night, in an exquisite, candlelit Hackney Empire stage, with reflected a starry skyline- two musical soul mates Peter Doherty and Carl Barat instilled a night full of tranquillity and emotion. Hosted by the event SOMEWHERE, the room was lit up by their trademark 1001 candles that have already been seen in Japan, New York and Paris. 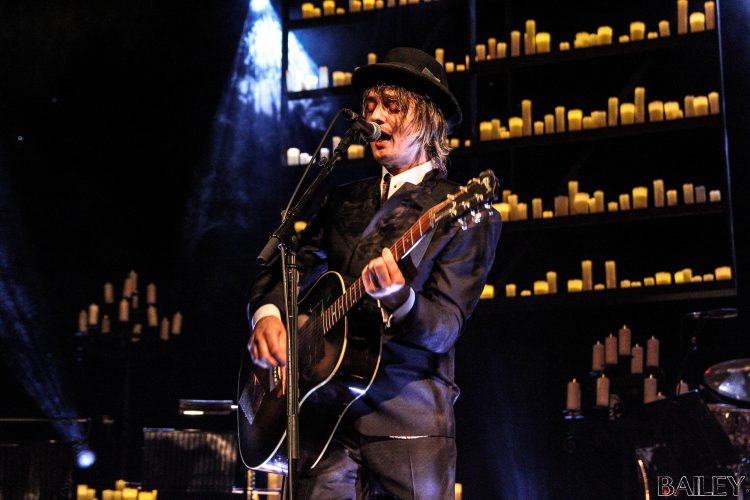 A performance, that was so unique and so different from past performances both Peter and Carl have done, it felt really special to be there. Throughout the night we saw talent from four backing singers wearing obligatory military jackets as the band had done in their early Up The Bracket days, a trumpet player, a drummer and a stringing section. Not forgetting Peter’s Huskey that was weaving through the seats before the show started.

The setlist was a vast mixture of material the boys have created in different musical projects. At one point you may have been at a Babyshambles performance, a Libertines performance or a Carl Barat solo show. 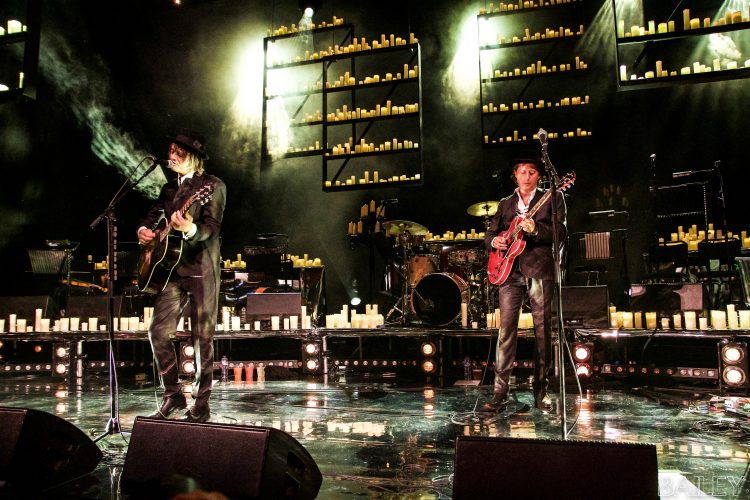 A few personal highlights within the show was For Lovers, Albion, an orchestral version of You’re My Waterloo (with a trumpet solo instead of a guitar solo) and of course, the all-time ‘Libs’ favourite anthem Don’t Look Back Into The Sun.

Instead of performing their usual and predictable favourites, they shuffled around with tracks that amazed and surprised for fans who have been following their journey from the very start. It was a night to remember and cherish from those in the Boys in The Band.