Photos in this feature by We Are Here And Now.

As Sister Sledge took to the stage belting out their classic ‘We Are Family’ they managed to nail our festival vibe for the weekend. For not only was this a party, this was the first time I’d dared to go to one with my kids.

After two years away, this was an emotional time. Although the line-up was superb it was not about that, this year’s Standon Calling was about being back together.

And it didn’t half feel good. Standon is a melting pot of everything good about festivals. From the yoot experiencing their first festivals, to (like us) families taking in the gentler side of events, it was a joyus weekend. And the dogs! How many dogs?! 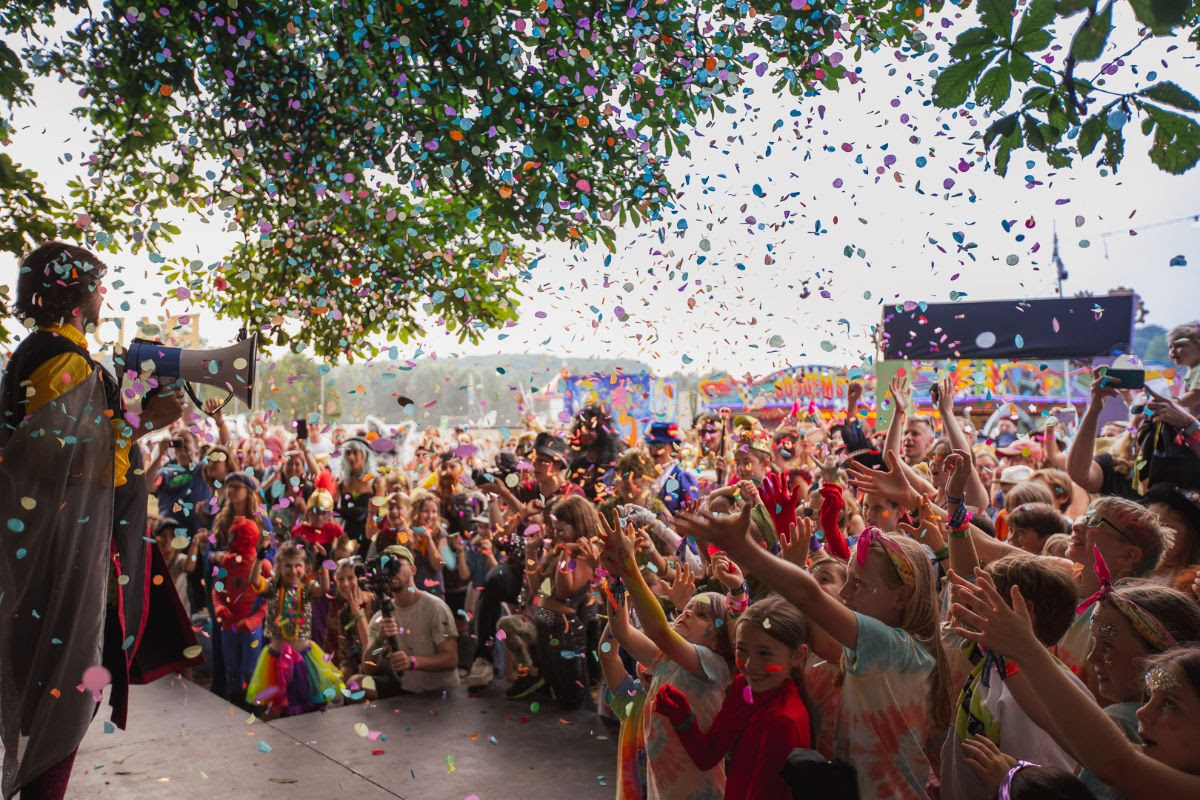 Family camping was ace. We arrived early on the Saturday and there was still plenty of space available. Our first impression of the festival was the friendliness of both the other campers, and the staff also. From the security making a fuss of the kids going in through the gate, to our neighbouring campers who helped us out with a tent “situation” (less said about that the better – we were almost on the road back home before we managed to pitch the thing!) everyone was uber nice.

Once (finally) pitched up we took a walk down the long hill to the main arena to see what was in store. As a family perspective it was great. Although be prepared (if like me are weak willed to say no to your kids) to spend a few quid on the rides but it was money well spent.

We managed to take in Shame, Squid and the wonderfully wonky Working Mens Club during the day which was great before the kids discovered their favourite band of the weekend – The Big Moon. 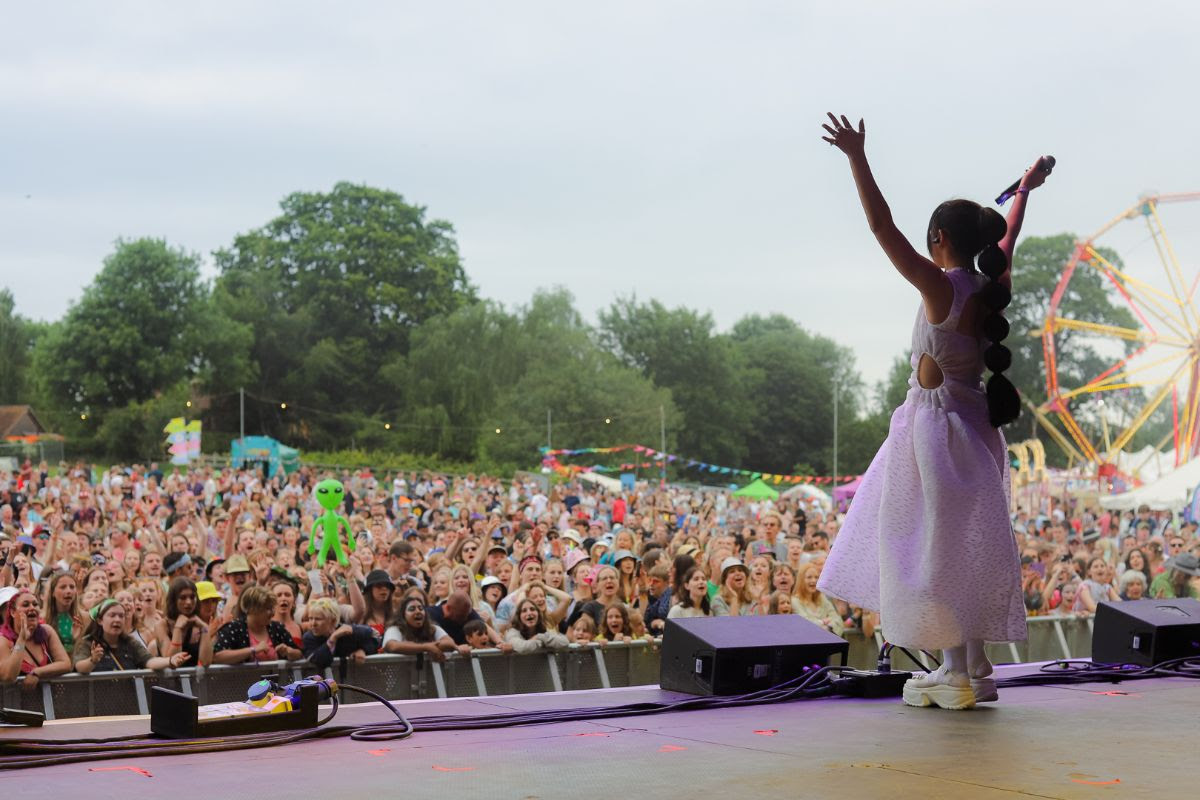 The kids area was great with plenty to do and hidden away on the walk back up to camp was a brilliant area where kids could ride a zip wire and also contribute to building a massive wooden diansour.

After a long day I managed to negotiate leaving the brood for an hour to take in Hot Chip who were superb as always. It felt as if they were the perfect band for such an occasion, and to top it off they brought out Jarvis Cocker to perform Hungry Child as well as a brilliant cover of ‘Dancing In The Dark’.

Despite massive temptation I avoided the Elcectric Willows stage on my way back to the tent, which was bouncing and headed back to the tent for what would be by far the earliest night I’d ever had at a festival. First day for us completed – mega! 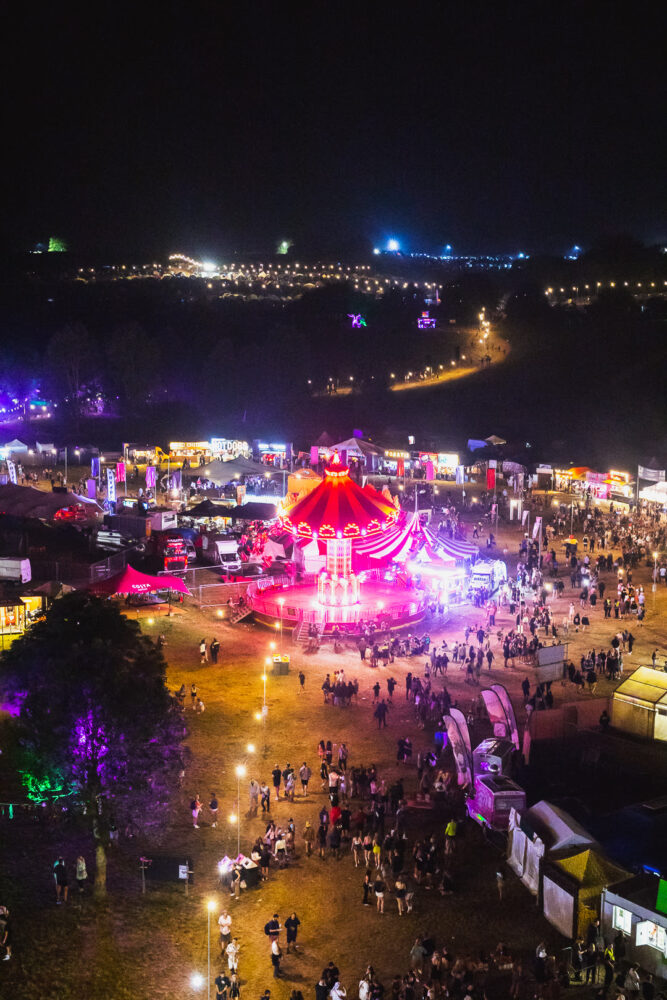 © Photography by Khris Cowley for Here & Now (fb.com/wearehereandnow)Not only would that be a record for the earliest I had ever been to bed at a festival, getting up at 8am on a Sunday would be a record start too. And with that, it was left for us to find out what happens at these hours at festivals. Amazingly we found that people do yoga! Despite the temptation, we settled for pancakes and coffee instead.

We purchased some brilliantly comfy Chill Bag’s and watched Horrible Histories on the Main Stage before taking in some arts & crafts in the kids area. We also then discovered the swimming pool. Wow – a festival with an actual heated swimming pool! After a dip here we were highly amused by the punter led ‘Rockeoke’ before we went and spent an hour with the author Tamsyn Murray who red the kids some stories.

They were starting to get a bit tired after that but a lively dance at the disco shed on our way to cook up some tea livened things up. As did the massive storm which we could see headed our way from the top of the hill.

Unfortunately with that our weekend music was cut short due to a lightning storm and flash flooding caused by the intense rainfall. Although it was disappointing to miss De La Soul and Primal Scream, this did not dampen our spirits and we made the most of it in the tent with the kids finding it all very exciting.

Once the rain stopped we ventured out again and although most places were shut we found a top stall selling cocktails so we enduldged in a few of them before an early night. 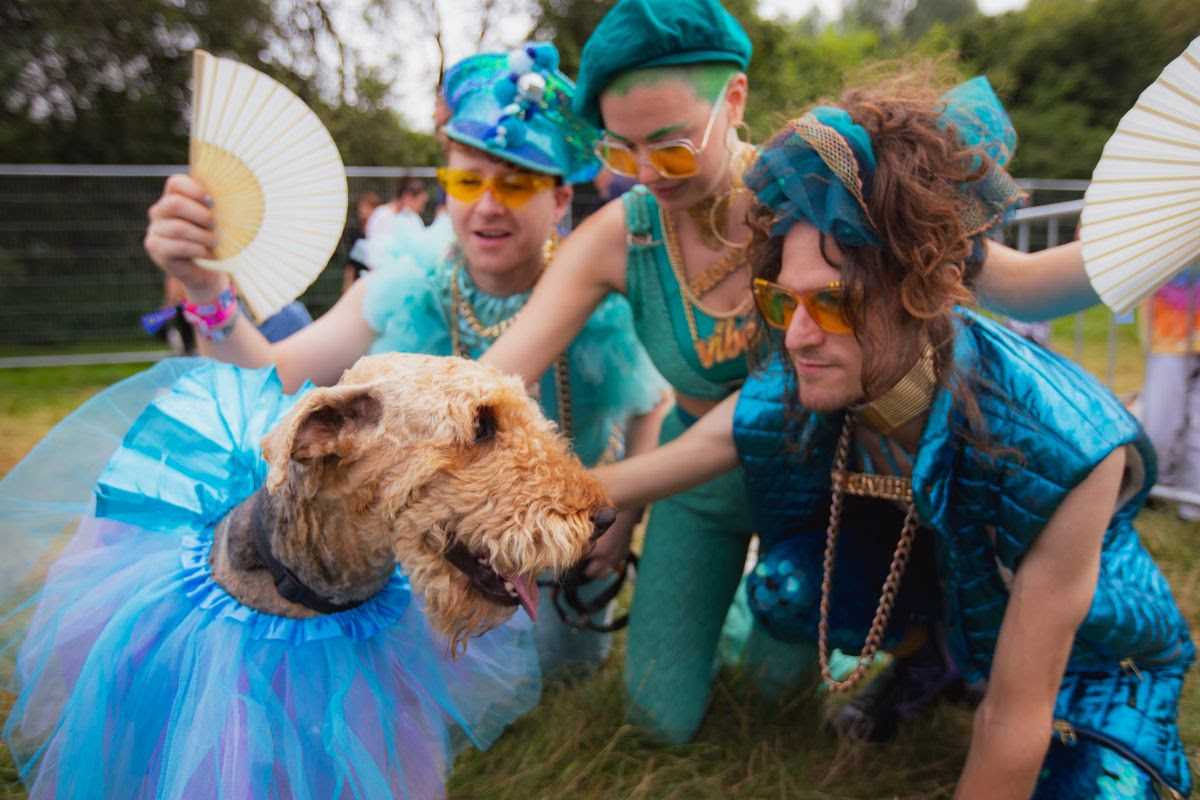 Getting out of the site was tricky for some who had their cars stuck in the mud but overall it was a lot easier than I thought it would be. An absolutely brilliant festival, with possbily the friendliest vibe I’ve ever experienced, this gets a definite thumbs up from us for anyone looking to experience a festival with a family. See you next year SC! 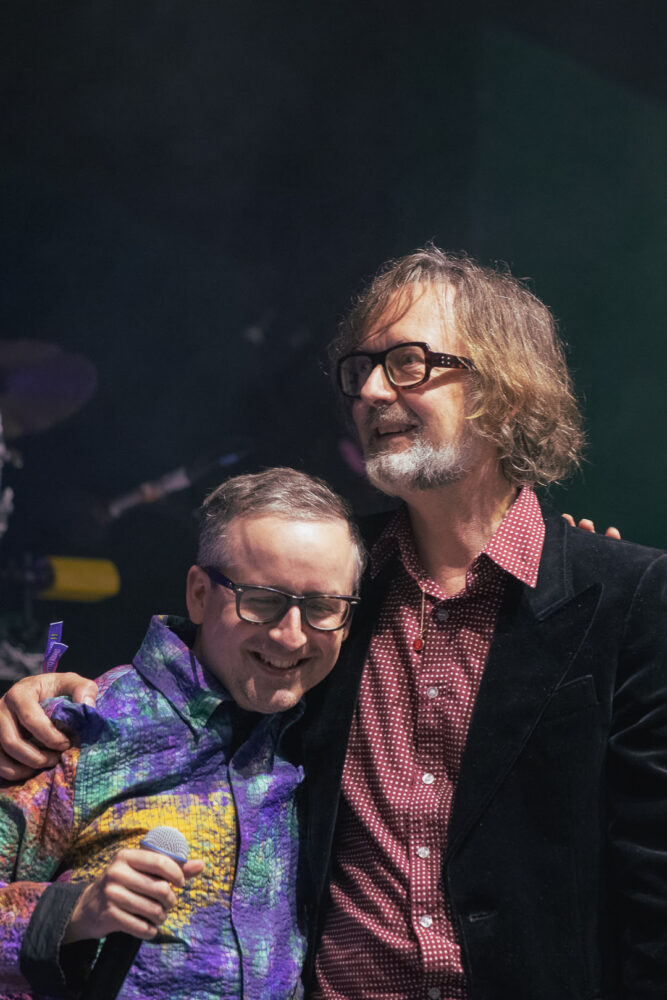 © Photography by Julian Preece for Here & Now (fb.com/wearehereandnow)Attention now turns to 2022, when Standon Calling will return with another unforgettable weekend between July 21st-24th.
Early Bird Tickets are on sale now from:
standon-calling.com/2022-tickets 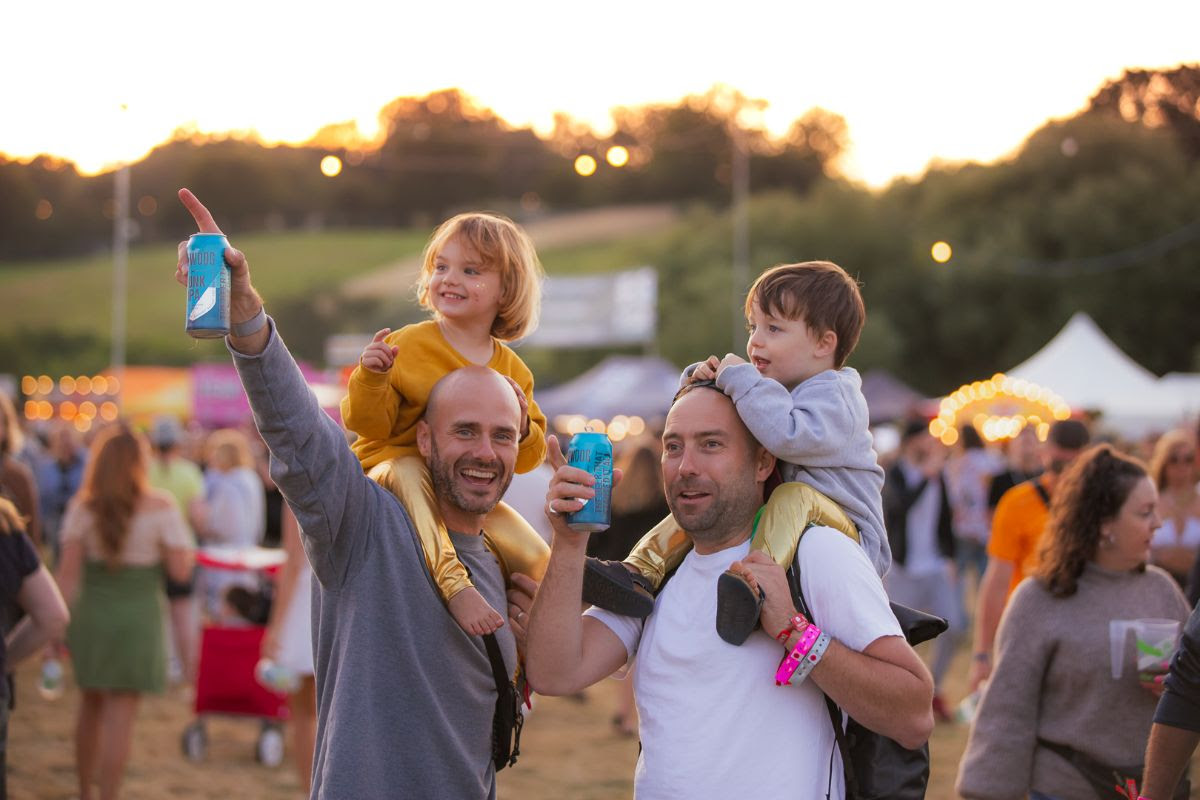 This Feeling Track of the Day: Dylan John Thomas ‘Jenna’

This Feeling Track of the Day: Red Rum Club ‘Vibrate’