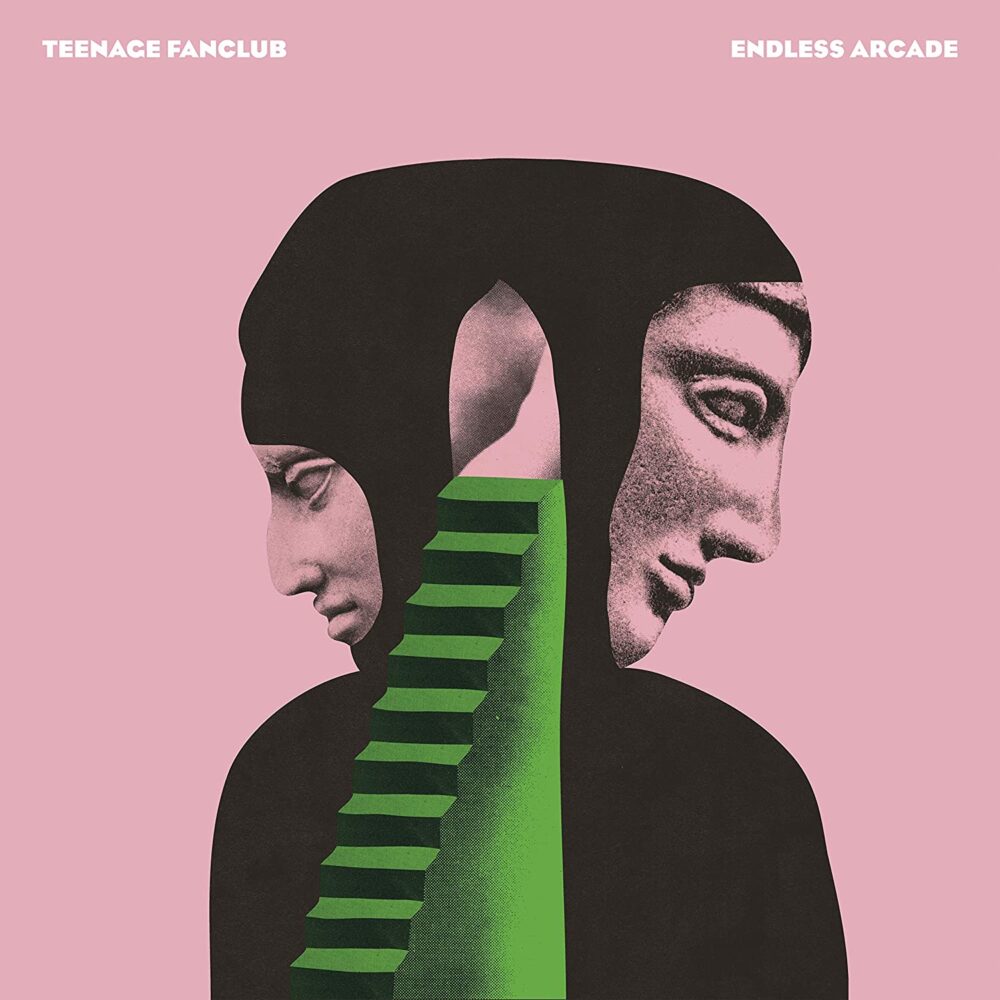 Teenage Fanclub return with their much anticipated 12th studio album, ‘Endless Arcade’, their first without long time bassist Gerard Love. ‘Endless Arcade’ showcases a more mellow and mature side to the Fanclub, whilst still packing in plenty of unstoppable earworms we have become so accustom to.

Opening track, ‘Home’ kicks off the album in style. Slow, crunchy guitars open up the track whilst still maintaining that early-90’s jangle sound. The chorus ramps up the album to an up-beat and major sound. Rather than their early rock ‘n’ roll bravado as seen in their early days, it’s slow, tender and beautifully melancholic. ‘Warm Embrace’ continues this showcasing of effortlessly and brilliantly crafted indie-pop. Taking clear influence from 60’s pop groups such as The Kinks, its classic pop music with that classic Fanclub edge.

This is not to say that the track doesn’t have its slower, more introspective and downbeat moments. ‘Everything Is Falling Apart’, demonstrates the albums blissful sadness. The double-tracking on the vocals as well as the tremolo heavy guitar bends give the track a slightly psychedelic feel, with this guitar sound adding to the wonderfully pained vocal deliveries of Norman Blake. ‘Come With Me’ showcases an almost acapella sound within the vocal deliveries, sounding very reminiscent of Caravan of Love by The Housemartin’s. The lack of effects used on the guitars is startling, with them taking a back seat and allowing the vocals to drive the track. The lyrics of the track are tinged with a beautiful sadness, in particular the chorus of, “We’ll fly through the open sea” is packed full of melancholy.

‘I’m More Inclined’ is the stand out moment on the album. Blending piano and classic Fanclub guitar tones, it sounds like an Elton John cover of, ‘What You Do To Me?’ It’s a expertly crafted pop track, with light and breezy 60’s neo-psych sounds. A far cry from the group who were one called the Scottish Nirvana, but no less wonderful.

‘Endless Arcade’ is a phenomenal pop album from an outfit who have firmly established themselves in the genre. Swinging from highs to lows, between 60’s Kinks pop to crushing psychedelic lows, the album twists and turns undoubtedly from strength to strength. Teenage Fanclub are experts in their field, 12 albums deep and with no signs of slowing down, be sure to experience some of the best indie-pop songwriters at peak of their game.

This Feeling Track of the Day: The Pale White ‘Infinite Pleasure’

Y Not Festival 2021 Line Up Announced