Once bitten, forever smitten.  With The Streets back in business, the eponymous band have added more fuel to the fire by detailing a 2019 tour of the UK.

Mike Skinner and co. have just finished their remarkable run of 2018 tour dates, but that does not mean they are ready to slow down anytime soon.  Part two of the ‘darker the shadow the brighter the light’ will commence with a two-night residency at Birmingham’s O2 Academy, from January 18-19 2018. 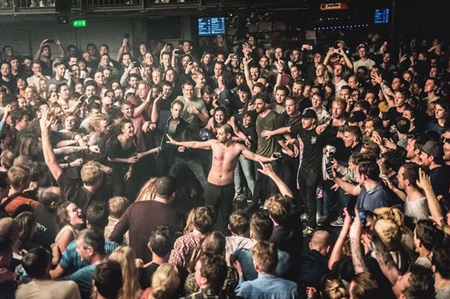 After Birmingham, The Streets will play Glasgow’s O2 Academy (21), embark on another two-night residency at Manchester’s o2 Apollo (25 + 26) and then head on to play venues in Newcastle (28) and Sheffield (29).  Sealing the deal, the January tour dates are due to end at Bournemouth’s O2 Academy on January 31.

Picking up the reins again in February and bringing the 2019 tour to its crecendo, The Streets are due to play a special three shows at London’s Brixton O2 Academy.  The first of the Brixton shows take place on February 2 and 3, with their final show following on February 5.

The support act for the 2019 UK tour has already been announced in the form of The Manor.

Tickets for all The Streets’ 2019 UK tour dates go on sale at 9 am,  Friday 4 May (!).  It should be noted however, that tickets are limited to just two per person.  See below for the full tour schedual.

Spring King are back on the UK live scene in September