Since I wrote my intro blog, I’ve started reading a book called The Magic by Rhonda Byrne. It’s doing me the world of good. It basically pushes you to be grateful for what you have and on the basis of Newton’s law of attraction, you should receive more positive things in whatever their forms, because you are emitting positivity. Newton’s was the sweetshop in Welling that everyone went in on the walk home from school, they did quarters of fizzy lime balls for 20p and let you hide porn mags in the freezer so what could be more positive than that? I recommend the book whole heartedly. 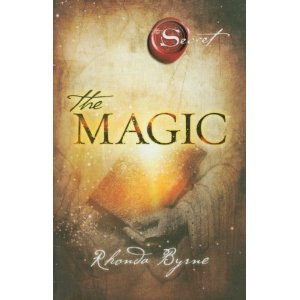 Here are just some of the sparkly things that have been bestowed upon me. I’ve found a tenner for the first time, I’ve been presented with a hold-all containing my ‘life’s work’ – all my DJ mix CDs created over the years for various nights and events – which I was told for the last 3 years by the owner of the house I left them in, that they had definitely disappeared forever and to accept it and basically do one. I was then approached that same evening by a girl I’d never met who basically hugged me and thanked me for being me! I know it sounds ridiculous but it’s true (is that a Spandau Ballet line? Should be). I should stop hanging out in pound in the pint glass joints obviously.

It gets weirder; I went snowboarding for the first time recently and spent 2.5 hours falling off a ski lift in front of 30+ Germans in the queue who kept passing me every time they had completed the slope. My tail bone was in so much pain I had a GigSlutz style whitey and went into severe sweats at points, utter humiliation set in and I ended up having to ask someone to carry my board up and then walk up the mountain whilst smug Aryans skimmed past me on their skis/ snowboards shaking their heads. This is leading to something by the way; for the next 2 weeks I couldn’t get off the sofa or out of bed without a series of pentioner style rocking motions. I went back and read the chapter of The Magic that’s specifically about health, and followed the tasks at the end of that chapter. By the end of the weekend, I’d noticed that there was zero pain in my back or shoulder (which was so bad I couldn’t brush my teeth).

Eerie stuff. All sorts of satisfying things are occurring. I was queueing for a ticket behind this proper mouthy rude girl who was talking to her mate on her mobile whilst the ticket chap behind the window tried to explain that the train she needed was pulling in. She then started saying “can ya just tell me like when my train is like tfffft, QUICKLYYYY”, sarcastic, rancid little ork. I asked if I could quickly jump in whilst she unfolded the map cos she was on the phone, and she said whilst scowling through citrus eyes – and all the while contracting her face into some sort of putrid raisin shape – “blad, I’m in a rushinnit tffft”, n then just sucked her teeth again (that was the tfffft by the way) and turned her hunched little back on me. Instead of getting annoyed and coming up with something appropriate, I asked myself what the book would say and then smiled and said “sorry I couldn’t help you then”. Later that day, completely different part of London, I was chatting to an inspector asking him why ‘any route permitted’ meant only one route, and she came waddling in as fast as she could with that furrowed brow that chavs have as an indignant perma-fixture, “scuse me! scuse me! oi! scuse me! errrr, tfffft, tfffft, tfffft!”, and then she saw me, the bolt of realisation slithered its way through her angst filled brain, as I put the palm of my hand up and said in my most Jude Law accent “sorry….blad…now I’M in a rush”, and turned my back. YES! YES! Have that!!

I’m just on the chapter about meeting Scarlett Johansson and finding a secret well full of tangfastics so I’ll let you know how I get on.

Now I’m no fan of Galatasaray supporters, I’ve been on the rough end of their machete wielding acts of cowardice (when I say “rough end”, I mean I saw them from afar giving it the lobster), but fair play to them, they were caught digging with their hands under the perimeter of Schalke’s stadium for their Champions League match! There must have been some scouse settlers in Istanbul many moons ago.

I’m finished for today. But before I go, am I the only one finding it difficult to exorcise the inbuilt respect for Jimmy Saville that is hammered into you as a kid? I know I know if he was alive he should be burnt at the stake n all that for the most evil sin any human can commit, but my point is, if I was strapped to a machine that detected heart rates when a name was mentioned, in order to assess my feelings towards someone, and then the relevant punishment would be bestowed upon them, I reckon he’d be no worse off than say Amanda Holden or Ronaldo. So, in that respect he’s got many parallels with “god” and the pope; that trendy shade of Shoreditch white for a barnet, loads of ironic bling, you can’t understand a word they say, crap shoes from Clarks, living rooms went quiet when they spoke, belief in them stems from being indoctrinated when you’re a kid, they’ve overseen ridiculous bouts of noncing, they’ve got away with absolute criminality on a regular basis and got very rich off the back of it.

Make sure you tune in to the Gigslutz radio show on Optical Radio as it IS BACK BY DOPE DEMAND! 28th March. 7pm. www.opticalradio.net.

I’ve got to leave you now, there’s a Mr I. Luminati at the door apparently…

Song of the week – Up North Trip, Mobb Deep.