Multi-instrumentalist, songwriter, PhD and producer Catherine Anne Davies (aka The Anchoress) has announced details of her debut album, ‘Confessions Of A Romance Novelist’. 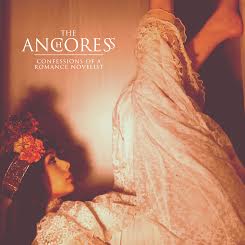 The album is released on January 8th via Kscope and follows two sold-out singles which were both playlisted on both BBC 6Music and Xfm and was co-produced by Mansun’s Paul Draper.

Draper helped to capture the collection of songs on which Catherine played a variety of instruments, including piano, guitar, flute, omnichord, mellotron, wurlitzer, glockenspiel, and celeste, as well as multi-tracking up to 25 vocal harmonies on some of the songs. Impressive! For a taster of what she is all about, check out lead track from the album ‘Popular’ below.

The Anchoress is currently on tour with Simple Minds, co-writing Paul Draper’s debut solo album, and has begun working on her second album with Bernard Butler.