This Feeling, in association with Jack Daniels & XFM returned to The Macbeth, London, in triumphant style. Having recently announced a 12-month partnership with Jack Daniel’s and having none other than Noel Gallagher publicly fighting their corner, the Rock ‘n’ Roll club night continues to go from strength to strength.

Doors were smashed open at 9.30pm with punters greeted with the very best of music being spun on the 1’s and 2’s by the This Feeling resident DJs. Kasabian’s very own Serge once complimented the night by branding it ‘A Mad 60’s Carnival’ and we can see why. Mods, Modettes, Rockers and Dandy’s grace the bar and dance-floor alike all united in the love of the diverse but consistent quality of music that pump through the system.

If you like your tunes ranging from The Stones to The Stone Roses with a sprinkle of Oasis, Bowie and the Chemical Brothers thrown in for good measure then get your dancing gear on and head down.

Always at the forefront of modern music and with a finger on the pulse, before it’s even beat, up and coming bands are on the menu at most This Feeling nights with the odd familiar face getting involved too. Tonight was no difference and we were treated to a number of DJs as well as bands, Reporters and The Bulletproof Bomb. Both acts had their fair share of hype before the gig having both been lauded by such stalwarts as Zane Lowe and NME and it quickly obvious why. Each one offered their own brand of swagger with a nod to their heroes en route and had the audience in waiting engrossed. 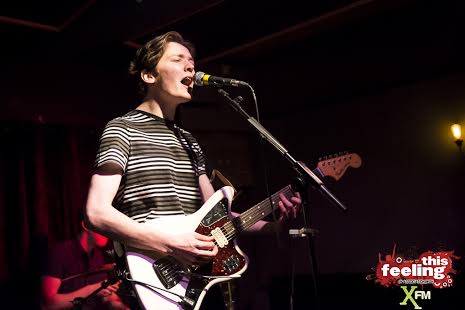 Reporters begin the proceedings and immediately show why they’ve recently been crowned XFM’s Track of the Week and been included in Q’s ‘Five Tracks To Hear this Week’. The 2-piece from Milton Keynes, have a modest stage presence – but only in numbers, as they more than make up for it in sound. With touches of Doherty & Barat mixed with moody undertones of Editors and the punk snarl of Lydon they showcase a blistering set of tunes to get the pulses racing.

Headliners for the evening were The Bulletproof Bomb, a band that is no stranger to the pages of Gigslutz. Taking to the stage as a five-piece, engineered in order to be able to play live, the group immediately kick things off. They cheekily thrash their way through a set full of energy and intent not giving the audience time to breath. They manage to mix elements of ska, punk and catchy vocals over a flurry of guitars, keys and drums with backing vocals being supplied either side of the frontman by the gents playing the instruments. The audience are dancing along to the funky pop-esque indie with clear influences being the likes of The Libertines and Jamie T but not losing their own take on the genre. The lads themselves are still young, at least in terms of age, but this does not show on stage and charisma is oozing buckets right up until the last strum on the guitar.

Having also got rather engrossed ourselves, with what seemed like 10 minutes, the bands had done their thing and marched off stage in ecstasy.  It was once again time for the DJs to take us back on a journey through the 60s, 70s and right the way through to modern day in their own unique ways until kicking out time……now where’s the after party? 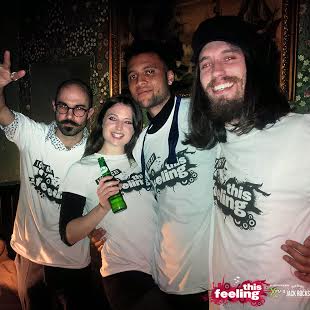