After two hugely successful years, Community Festival returns to Finsbury Park on 30th June 2019 with The Kooks, Blossoms, The Amazons, Kate Nash, Gerry Cinnamon and The Night Café amongst the first acts announced for the defining summer celebration of guitar music.

Tickets for Community are on sale now for just £40.

Speaking about their Community Festival headline slot, frontman Luke Pritchard of The Kooks said:
“It’ll be 15 years since we first formed as a band next year, and I can’t think of any better way to celebrate than headlining our biggest show to date at Community 2019. It’s been an incredible journey that’s taken us around the world, playing to so many of you and changing our lives completely – we can’t wait to have the biggest party of the summer. See you there x”

Community Festival is a one-day celebration of the best in new music. Last year’s event was headlined by Two Door Cinema Club and saw 37,500 music fans enjoy one of the hottest music shows of the summer. Catfish and the Bottlemen also headlined the debut sold out show in 2017. 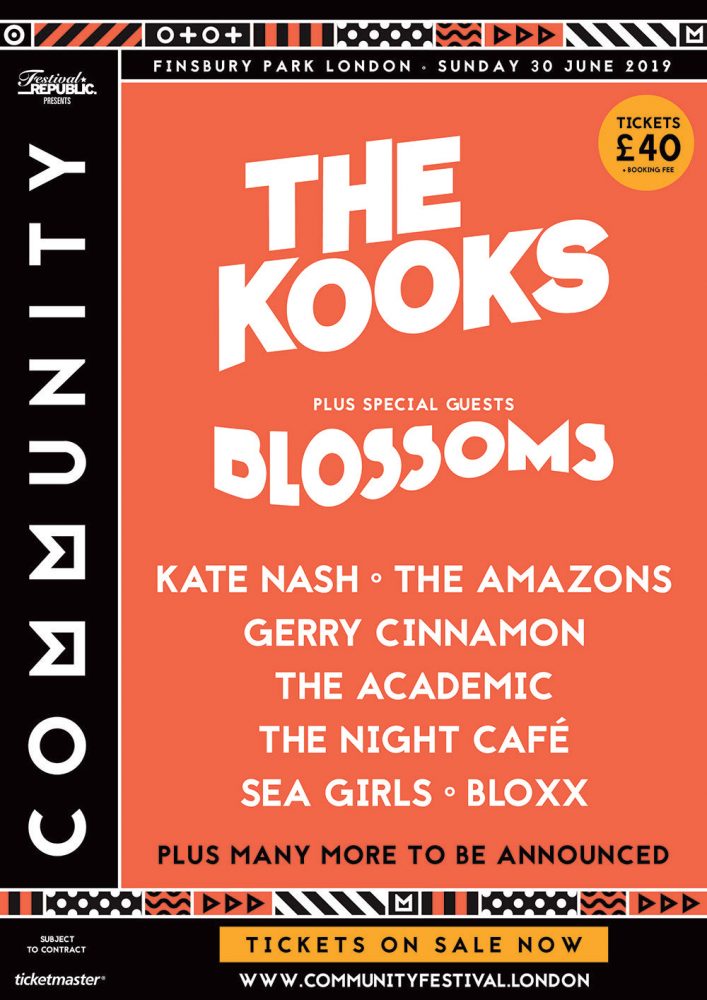