The Psychedelic Furs are coming back to the UK for a nine-date tour this October. The veteran post-punk band led by brothers Richard and Tim Butler, played a celebrated handful of summer UK shows in 2018 which included opening the prestigious Meltdown Festival (curated by The Cure’s Robert Smith) at the Royal Festival Hall to a sell-out crowd and huge acclaim.

Returning to the UK for the third year in succession due to insatiable demand from fans, this tour will be a chance to revisit highlights from their storied career. Tickets are on general sale from 10am on Friday 26 April at www.aegpresents.co.uk O2 Venue presales on Wednesday 24th April at 10am and direct from venues on Thursday 25th April also at 10am.

The tour dates are…

The nine-city jaunt begins on 1st October in Manchester and continues on through to 12 October with the closing show at the prestigious Roundhouse in Camden, London. Since 1980, the Furs have released seven studio albums and a string of singles that have led to international success. From the early days of ‘Sister Europe’ and ‘We Love You’ and continuing on through such iconic hit songs as ‘Love My Way’, ‘Heaven’, ‘The Ghost In You’, ‘Heartbreak Beat’ and ‘Pretty In Pink’, The Psychedelic Furs have certainly left an indelible impression on just about anyone who grew up with them.

In support for the entire tour will be The Wendy James Band. Wendy James was one of the most iconic figures in music in the 1980s/early 90s as the lead singer of Transvision Vamp who produced a slew of chart-topping singles including ‘I Want Your Love’ and ‘Baby I Don’t Care’. Following the release of the Elvis Costello written solo album ‘Now Ain’t the Time for Your Tears’ in 1993, James stepped out of the music industry. She made a come back releasing a second solo album ‘I Came Here to Blow Minds’ in 2011 and ‘The Price of the Ticket’ in 2016. 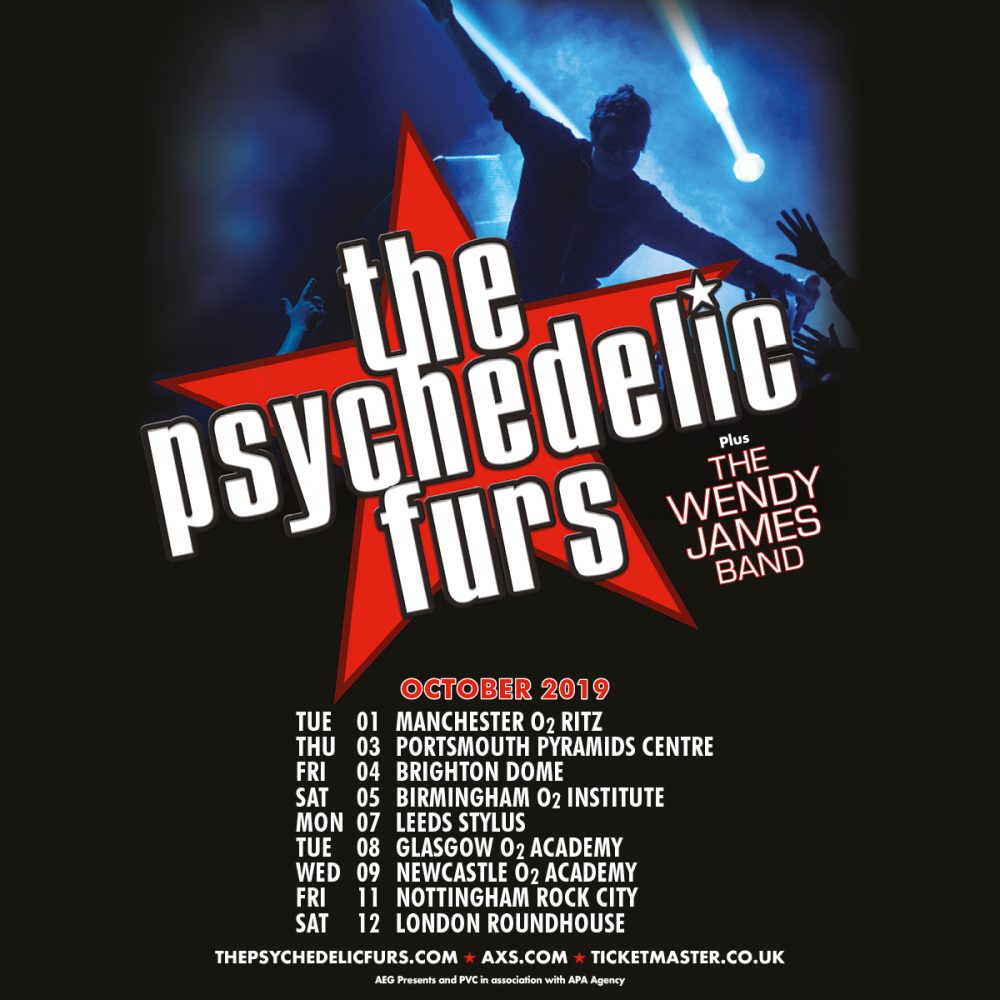 This Feeling Track of the Day: The Mysterines ‘Gasoline’

The Waterboys announce new single ‘Where The Action Is’