Fresh from a stunning appearance at Eurosonic Festival last weekend, Manchester four-piece The Slow Readers Club have announced an extensive European tour for April and May, following their huge UK headline tour starting in March.

Coming hot on the heels of their sold-out headline gigs in December – which saw them play the biggest shows of their career so far – the band will be playing 16 dates across Europe ahead of their shows at Bearded Theory Festival in Derbyshire, Neighbourhood Weekender in Warrington and Mad Cool festival in Madrid. Tickets will be available on Friday at 9am.

“We’ve had plenty of fans making contact asking us to play all over Europe so it’s great to finally be able to do so,” says singer Aaron Starkie. “We had a great response at a few European festivals last year (Reeperbahn, Kaltern pop and Haldern pop) and think there will be a lot of people out there that would be into us.”

2018 saw a huge rise for the band, with their album Build A Tower going straight into the Official UK album chart Top 20, with extensive radio support from the likes of 6Music and Radio X. Closing the year, the band played three huge headline shows at London’s Scala, Glasgow’s School Of Art and a triumphant hometown show at Manchester’s O2 Apollo, all of which were sold out.

And now, with a mammoth 32-date headline UK tour and their first-ever European headline tour, alongside a fast-growing list of festival appearances lined up, The Slow Readers Club look set to ascend to even greater things in 2019. 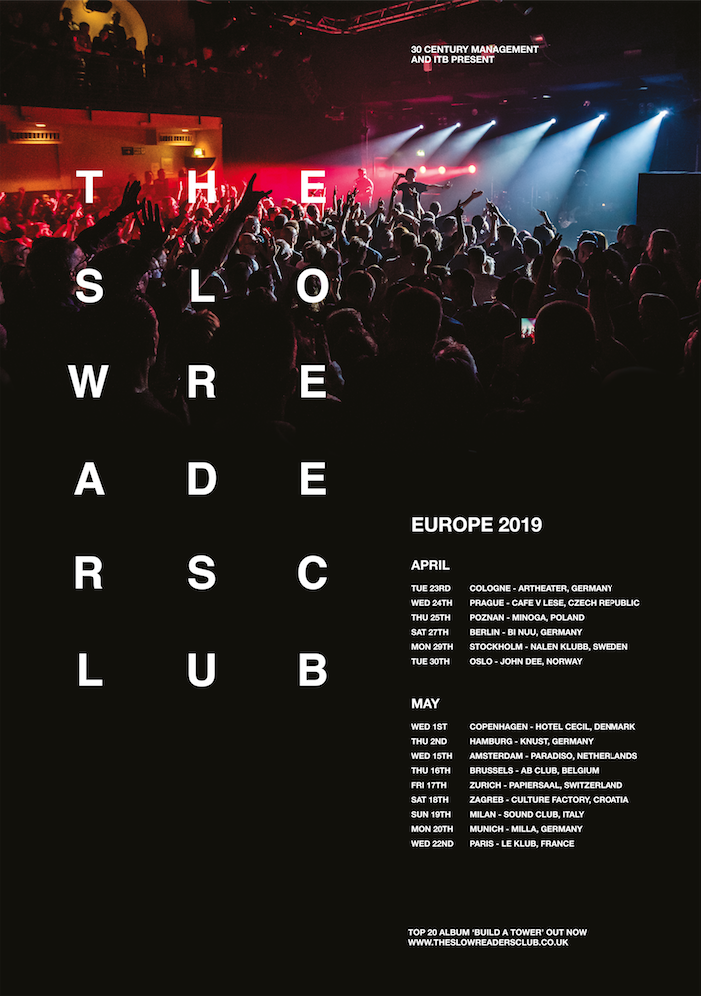 Tickets are available from theslowreadersclub.co.uk

The Futureheads announce return with new album and UK tour