Following the release of their latest album The Curse Of Love, it’s only fitting to mark nearly two decades of The Coral with a countdown of their 10 best songs. Formed in Hoylake, Merseyside in 1996, the band have released 7 albums to date; The Coral (2002), Magic and Medicine (2003), Nightfreak and The Sons of Becker (2004), The Invisible Invasion (2005),  Roots & Echoes (2007), Butterfly House (2010) and The Curse of Love (2014).  The Coral recorded and played live as a six-piece for all these albums except Butterfly House which was recorded as a five-piece after Bill Ryder Jones departed to pursue a solo career. The current line-up consists of James Skelly (lead vocals and rhythm guitar), Lee Southall (lead guitar and backing vocals), Paul Duffy (bass), Nick Power (keys and backing vocals) and Ian Skelly (drums). Through their vastly successful career the band has supported Supergrass, Blur, Oasis and Arctic Monkeys as well as playing The Other Stage at Glastonbury in 2007. Their most successful album Magic & Medicine went straight to No. 1, also bringing their highest ranking single to date ‘Pass It On’ (No. 3 in UK Charts). I feel I qualify to pick a top 10 list of Coral songs having owned every album to date. Feel free to argue amongst yourselves and if you feel strongly enough about it, tweet what would’ve made your list to @Gigslutz_ or @JDMarley_95.

*I don’t claim that this is the definitive list. Although it is the best.

Butterfly House is easily the most underrated Coral album. It takes a certain muso to appreciate it for what it is and give it the love it deserves. I must admit that it took me several listens to grow to this album myself but it’s quickly became on of my favourites by The Coral. It doesn’t try to be anything out of it’s league and is simple yet effective. One of the main reasons I love this album is it’s folk-rock vibe is at full flow and that is shown best in the album’s opener, the catchy and throughly enjoyable track, ‘More Than a Lover’.

Up next is the crazy thrill ride that is ‘Bad Man’. Taken from the band’s debut LP this is a complete fuzz of fast-paced guitars and rasping vocals. ‘Bad Man’ was always going to make this list, it was just a question of what position. I’ve decided that there are 8 better tracks for a variety of reasons however. Despite this, the pure intensity and transitions from the slow middle back to the frenzy of guitars and drums is effortless, quality work from Skelly & co.

Taken from the most recent Coral release, ‘You Closed The Door’ has a beautiful minimalist tone. Echo-y guitars team with more gentle guitar tickles acting as an undertone to James Skelly painting a picture in your mind with his storytelling vocal. ‘You Closed The Door’ has the signature Coral spurt in the last minute or so with sped-up guitars and drums but keeps its ambient and atmospheric feel throughout and is gentle whilst trying hard to prove it could fit in alongside the faster paced tracks on most Coral records at the same time. 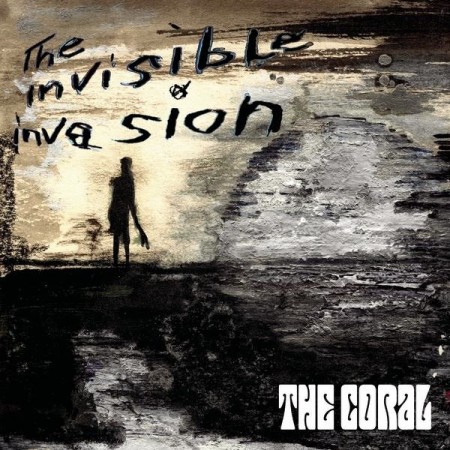 Drowned in reverb, but in a good way, is ‘A Warning to the Curious’. It’s rifftastic like many on this list. It’s mysterious and mystical nature is all part of the thrill. Nick Power’s keys repeatedly threaten to transport you away to a parallel universe. It’s a lovely mellow one this, it drifts in and out of comfort zones but never puts its feet up. The Invisible Invasion is a fantastic album and this is the track I find myself repeating the most so it gets the spot on this list.

Although the title track is also a hit with me, ‘North Parade’ gets the nod as my second pick from Butterfly House. Imagery. Superb lyrics. Riffs galore. ‘North Parade’ was a must for this list and I’m possibly its biggest fan amongst The Coral community. It’s incredibly catchy this one, more so than most give it credit. It’s very well put together and has the mash-up to end all mash-ups at the end with a flurry of guitars, distortion and crashing drums. ‘North Parade’ is 6 minutes of distorted brilliance.

‘Who’s Gonna Find Me’? …more room on this list (I could’ve done a top 50 in all honesty). This track heads up a two-in-a-row from Roots & Echoes which excels as a fast paced, psych-folk/rock record. This song has the important role of starting a record bursting with fast-paced hits so like many of The Coral’s openers has the “catchy knack” up its sleeve. You find yourself singing this one in the shower, on the way to the shop, on the bus to work, anywhere. It’s there and it won’t go away. James Skelly’s magic has stuck you down again. He’s a magical songwriter, the lyrics on some of the songs that didn’t make this list and mind-blowing so words don’t do the ones that did make the list justice. Insane songwriting. Vocal and guitar merge makes this what it is, spot on.

What’s good enough for Noel Gallagher is good enough for me. The former Oasis frontman, now High Flying Bird, joined the band to play this track at the Electric Proms in 2007 and blew me away.  ‘In The Rain’ has long been a favourite of my ears. It’s fast and furious. It hits the spot the moment the guitars come in, the rhythm it creates and maintains throughout is spot on, Skelly’s intense vocal tone makes this and the signature Coral tempo is in full flow. Classic. 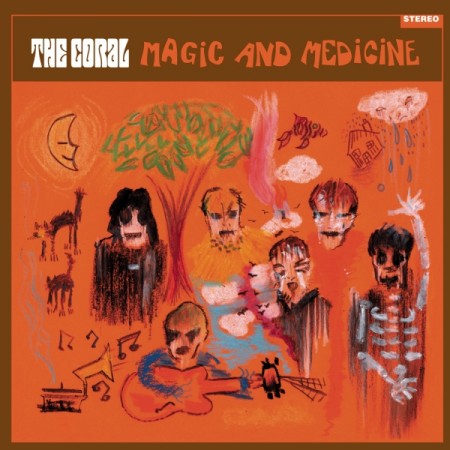 This track is spot on. It’s a bit of a mind-warp but I’m guessing that’s what it’s meant to be. I’ve listened to it’s countless times since it’s release over 10 years ago now and I still can’t fathom the meaning or direction of this track but the fact that it transports my brain to another time and space must mean something right. In all seriousness this is one of the standouts on a sublime record. Magic and Medicine was everything we were promised at the time and more. Even amongst The Coral’s diverse songbook, ‘Talkin’ Gypsy Market Blues’ is unique and I love it.

I found it very hard to wrestle with my brain to decide between ‘Pass It On’ and ‘Shadows Fall’ for the top spot. The original version of Shadows Fall’ is amazing, the organ and bassline plod along in perfect rhythm leading into the superb Bugsy Malone-meets-Looney Tunes mix in the middle. Pure brilliance from the Merseyside lads. This track is timeless, I will still love this in 2050, I promise you that.

‘Pass It On’ is the ultimate Coral song. Its length is perfect. Some of Skelly’s finest lyrics; you’ll be singing for days on end once you’ve heard it. It’s that catchy. All I can say is listen to it, “find the feeling and pass it on”. It’s such a beautiful track this, The Coral’s most successful song and that wasn’t by accident. It’s a hit. Simple as that.

Honourable mention:  ‘Dreaming of You’ – You may be surprised to look up and see the most well-known Coral song is NOT on my list. Yes, ‘Dreaming of You’ has been dropped  and it’s nothing against the song itself. It’s an undeniable hit, it’s funky, it’s catchy and it’s the sound of The Coral for most people. It’s simply a victim of it’s own success with me this one, I’ve heard it too much to the point where I prefer some of the more experimental sounds of the band. Despite this it simply had to be mentioned as it’s a classic and always will be.