About 15 years after punk had shaken up the music world, in the space before Nirvana and Britpop, the British music scene was infatuated with shy lullaby shoegazers, fake Europeans and ecstasy rave-trash. Five young men were sick of it – dismissing the limp-dick music of the day, they formed Fabulous, with instant-classic songs, massive guitars, fantastically cool members, huge ideas, a “f@ck you” attitude, and enough determination to revive rock n roll and shake up a wimped-out nation. 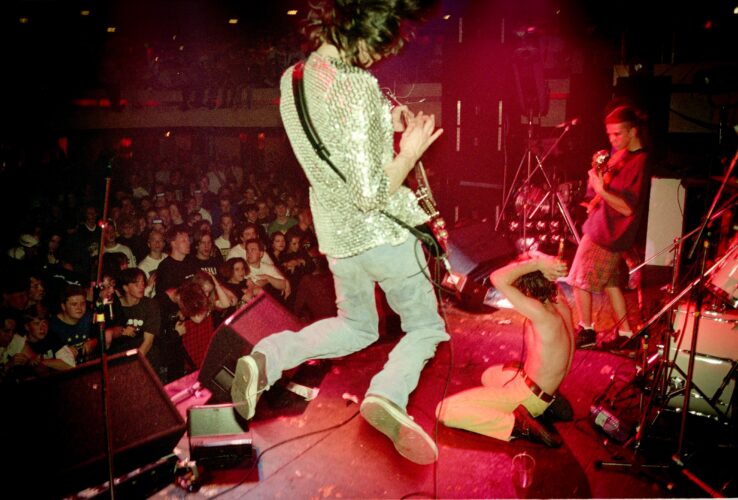 Fabulous did EVERYTHING right:

Made tabloid headlines for vandalism, riots at gigs and bad behaviour

Tore up London in the Fabulousmobile, a graffiti-covered car with “Arrest Me” writ huge on the back

Got banned from nearly every venue on their debut UK tour

Kylie Minogue was to produce their debut album

Got called “the most despised band in Britain”

Unfortunately, so preoccupied were Fabulous with extracting cash from witless record labels, hardly any music got released. After a mere three singles in as many years, the band spectacularly imploded. Fabulous Manager, James Brown: “We had loads of narcotics, a pad in Soho and masses of arrogance. It ended at the Mondrian in Hollywood, after a disastrous dinner with Seymour Stein (aka The Man Who Signed Madonna) and Mo Ostin (aka Chairman of Warner/Reprise). It is fair to say that they were responsible for 50% of the hits in America and had been for 20 years: they were two of the five most influential people in the world, and we turned up late, minus demo tape, with nothing but dirty clothes and indifference to the godfathers of the American music industry. We ordered 10 bottles of wine and the bill came to £4,000.

After, we shouted at each other and threw some chairs. We were so close to snatching something and it had gone. We’d talked ourselves into an opportunity – these people could write a cheque for £40m without blinking – and we lost it. We could have been massive, and instead, while the meeting started, we were throwing lemons at each other in a swimming pool. Motto: If you don’t suck cock, you’ll get nowhere in rock.”

In 2022, Supermegabot Music Concern, LLC is delighted to prove this theory correct with the release of the first Fabulous full-length ever. Together, let’s happily “Get F@cked By Fabulous” – their 15-song album, including the original seven single A & B-sides, coupled with loads of unreleased instant-classic anthems by a wildly-overlooked band from an unsung era of rock history.

Fabulous frontman Simon Spence:  “Jeff Rougvie at Supermegabot has been involved with the high profile reissues of the back catalogue of David Bowie and Prince so now he’s got the full set”. 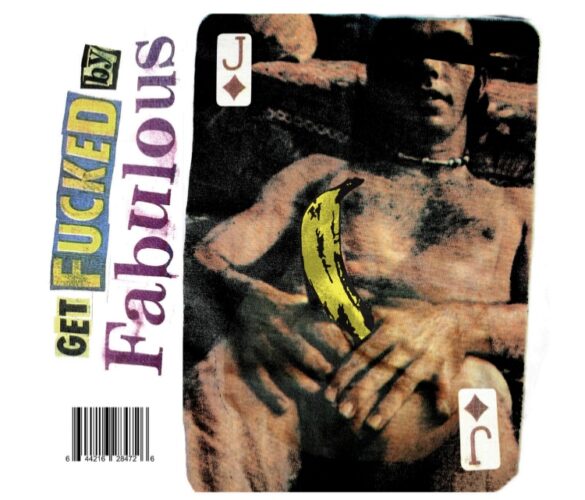 The band are planning an online exhibition of photographs to coincide with the album release in conjunction with acclaimed music photographer Roger Sargent. Sargent, noted for his long association with The Libertines, has been called the ‘UK’s most important music photographer’ by The Guardian. He was a photography student at Newport College when he spent several weeks on the road with Fabulous in 1992 (when future Mark Ronson and Jamiroquai bassist Stuart Zender had replaced original member Ronnie Fabulous). The intimate photographs he took of Fabulous foreshadow much of his future work and were used as a calling card to launch his career at the NME. Sargent calls the work ‘interesting from a historical POV’. 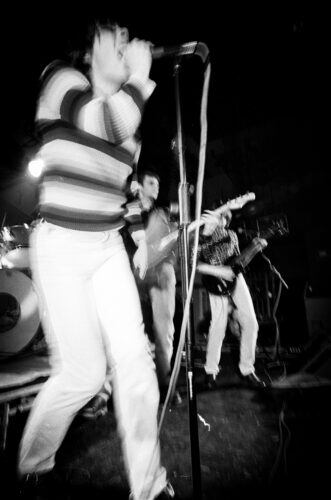 This Feeling Track of the Day: Them Velvet Tongues ‘I Am the Drug’

This Feeling Track of the Day: Rats ‘Patsy Decline’