Some of us at Gigslutz still love a bit of ‘Love is Here’ of a Sunday morning, Starsailor’s classic album, frothing over with poetic refrains and enough musical minutiae to keep you warm no matter how many times you’ve heard it. We’ve also had the architect of that, James Walsh, on the Soho Radio show previously to discuss his solo work (and his dream Liverpool FC 5 a side team!). It was noted what a humble, generous and appreciative gent he was, a trait which shows no signs of diminishing with this latest act of generosity.

I recently treated myself and my much better half to two pretty exclusive tickets to one of the most prestigious recording studios in London to see James Walsh record his second solo album ‘Tiger On The Bridge’, live, in front of a studio audience of fans who had paid for this once-in-a-lifetime experience through Pledge Music. (Pledge Music is a unique marketplace where fans and artists can connect, and usually used as a crowdfunding platform for artists to make their albums).

Unfortunately, in the middle of James’ campaign, Pledge Music ran into devastating financial difficulties and were unable to pay any of the funds raised via fans to the artists, which resulted in many artists cancelling their albums for the foreseeable future. In the midst of these troubles, James took a stand by wanting to carry on with the album and honour all the pledges made by his loyal fans. Conscious that he may never see a penny from Pledge, James felt very strongly that his fans shouldn’t miss out after everything they had done to support him.

James and his team at the 11th hour, wangled a day at RAK Studios (those walls have seen and heard some serious history), and he did the deed Dylan style, in one take in two sittings in front of 80 lucky people.

James also helped one of his fans propose to his girlfriend at the end of the recording; getting the groom and bride-to-be up to the front by pretending he needed an audience member to help play some tambourines for one of the tracks. 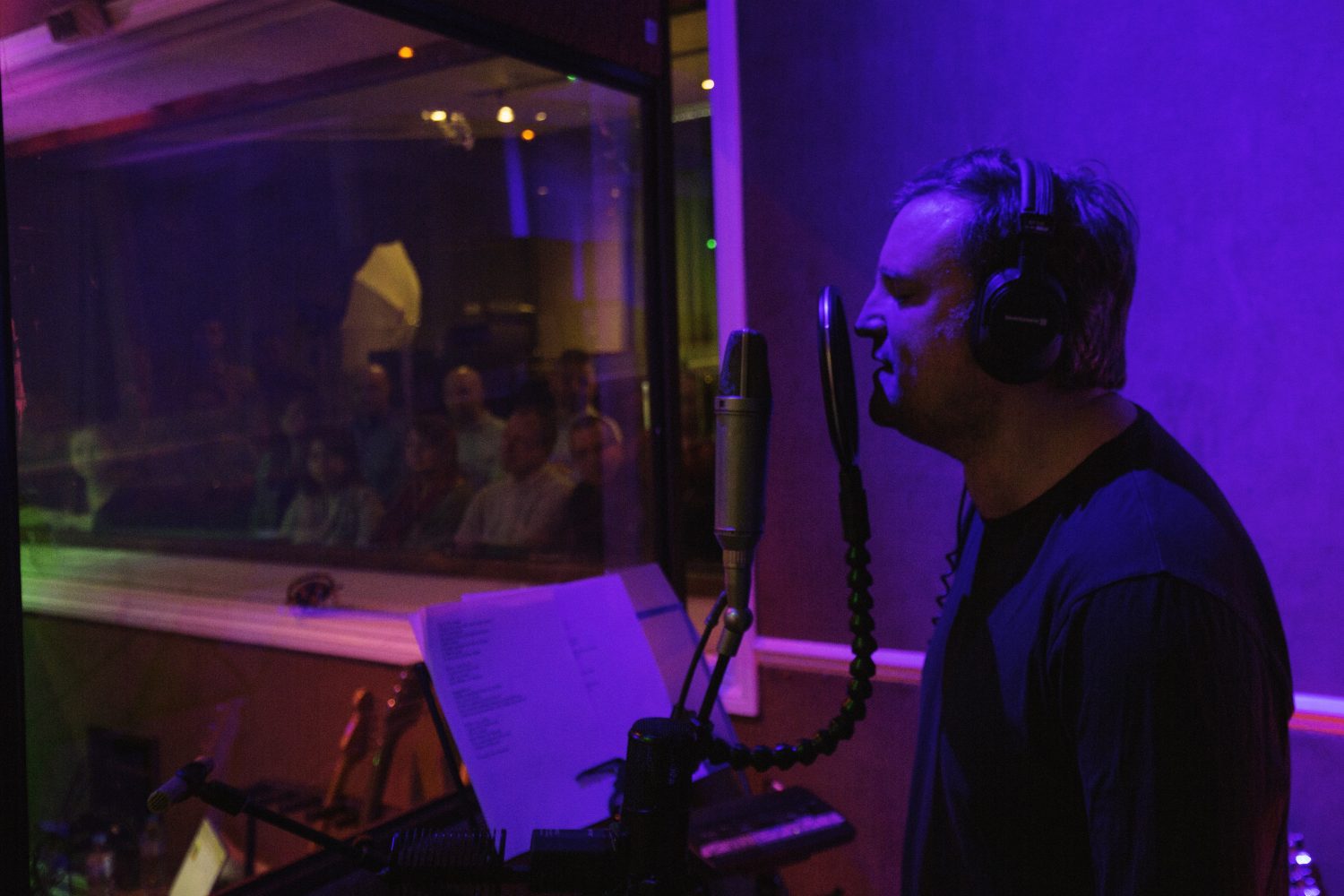 To quote Hunter S Thompson “The music business is a cruel and shallow money trench, a long plastic hallway where thieves and pimps run free, and good men die like dogs. There’s also a negative side”. Thanks to people like James there’s also a positive side. We felt this story should be told, and to top it all off, James has guaranteed 2 tickets to a gig of your choice on his ensuing tour, all you have to do is tweet

James said; ‘I’ve been lucky enough to have had some amazing moments creating music over the years that I’m immensely proud of. But there was something particularly special about this experience. Writing these songs has helped me through a turbulent time in my life & recording it in front of the fans & people I work with who’ve been so supportive over the years felt like the perfect way to do it’

James will be touring ‘Tiger On The Bridge’ across the UK this May & June. Tickets on sale now at www.jameswalshmusic.com 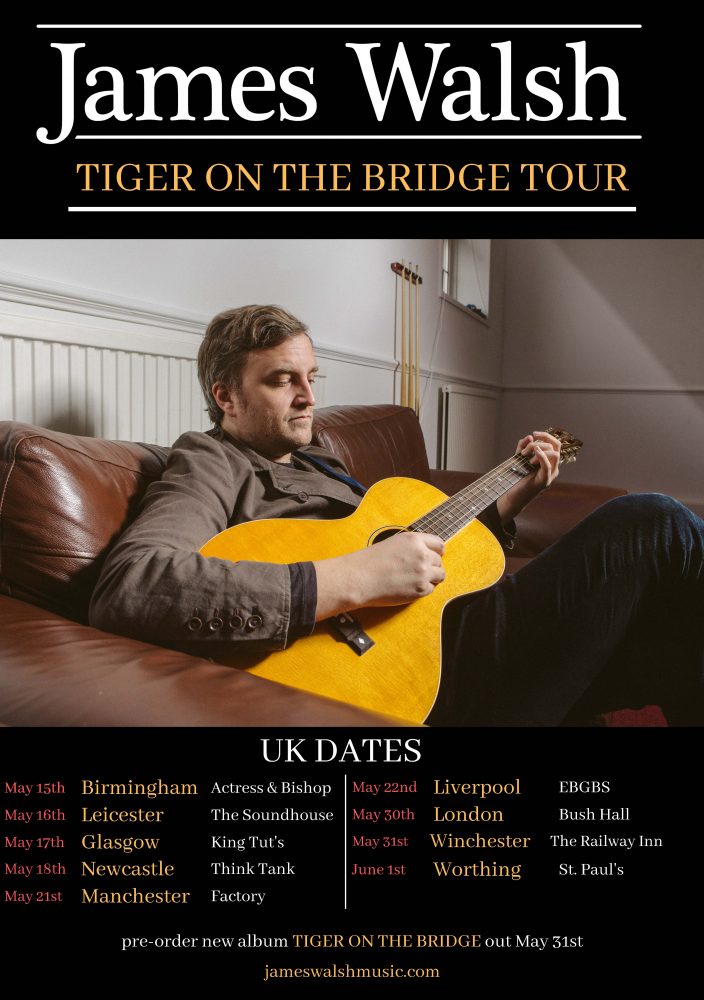 *PREMIERE* This Feeling Track of the Day : Creeping Jean ‘Love It Like This’