In this edition of The Word, we’ve put together a collection of quotes based around a specific theme, rather than those said by one particular person. The theme, in celebration of International Women’s Day tomorrow, is women’s experiences of working in the music industry.

Of course, it shouldn’t be necessary to discuss these issues, but the fact is that, still – in 2015 – gender inequality is, most definitely, an issue. And one which is just as rife in the music industry as any other.

I could no doubt fill thousands of books full of poignant quotes, but here is just a tiny collection from some of the most iconic women in music, as well as some upcoming female artists, about their experiences of being a woman in the industry.

On being a woman in a male dominated industry:

“Being on tour with Bombay I’m on tour with 50 men, the only woman on tour… It is hard, it’s hard in all the aspects; the managerial side, the label side, being an artist, being a solo artist.  To not just immediately be objectified is very hard.  Are you good looking…yes you are…we can deal with you.” – Liz Lawrence

“As a female artist who writes and produces music there’s often utter disbelief that I am capable of constructing my own beats. Even in situations where I’ve co-produced tracks with male artists, they often want to take full credit for the entire production… I try to stand my ground for the work that I do but sometimes I just haven’t got the strength to deal with it because it’s such a drama.” – MAMA (from interview with ‘The Most Cake)

“Everything that a guy says once, you have to say five time.” – Bjork

” I think young men and boys are taught to fail. It’s nothing to them; they do sport, they fall over, they shout: ‘I’m all right,’ and carry on. But with girls they’re so appallingly embarrassed to fail, it’s like it’s considered unfeminine.” – Viv Albertine

On the focus on female’s appearance:

“In the video for ‘100%’ I wore a bootleg Rolling Stones shirt that said ‘Eat Me.’ As a result, MTV, which showed any number of videos of naked women grinding away, was reluctant to run ours. They felt my shirt sent a bad message to viewers.” – Kim Gordon

“The standards we have are just unreal and hurtful. I think it is safe to assume that Beyoncé is not only celebrated for her artistic talent and beauty, but also because she is an empowering example for women, who isn’t afraid to express her beliefs on equal rights through her music. I wish the media would focus more on that!” – Sofia, upcoming singer-songwriter

“I’ve always dressed the way I’ve wanted too without feeling any pressure to change. I can imagine female artists who are signed to major labels perhaps feel it a little though, as it’s a more formulaic environment rather than natural… One thing I’m personally conscious of, is baring too much flesh. I’d rather let the music do the talking.” – Kelly Lee-Owens, ex bassist of History Of Apple Pie, now solo

“I don’t think I could live without hair, make up and styling, let alone be the performer I am. I am a glamour girl through and through.” – Lady Gaga

“What women there were making music back then just got on with it. There’s a famous photo of myself, Chrissie Hynde, Viv Albertine, Debbie Harry, Poly Styrene and Siouxsie Sioux. All at the top of our game – and we’ve all got our clothes on – that’s a first. Not a twerk in sight!” – Pauline Black

“The other thing I get a lot about are my clothes – ‘you need a stylist, what are you going to do with your hair?’… I’ve kind of gone the other way, where I just wear shirts now on stage. It’s a problem I’d really like to address and change later on in my career.” – Liz Lawrence

‘Regardless of what I say about trying to be better at what I do, I rely on looks a lot. Women’s calling cards, unfortunately, are based on their looks. As far as ageing goes, it’s rough.’ – Debbie Harry 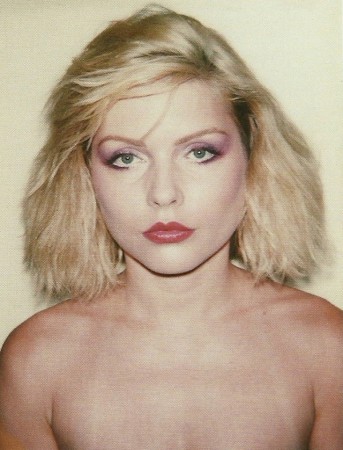 On being an inspiration to other women:

“I remember being in Japan when Destiny’s Child put out ‘Independent Women,’ and women there were saying how proud they were to have their own jobs, their own independent thinking, their own goals. It made me feel so good, and I realized that one of my responsibilities was to inspire women in a deeper way.” – Beyonce Knowles

“When I say to you, there is nobody like me, and there never was, that is a statement I want every woman to feel and make about themselves.” – Lady Gaga

“I’m supportive of women, absolutely, and it’s so gratifying to have girls come up and say, ‘I’m really inspired by your guitar playing.’ I mean no disrespect to the sisterhood, but musically I feel more drawn to things like Dirty Projectors, the National and Grizzly Bear.” – St Vincent

“I love that because I am a woman and because I rap and I look the way I look, I can connect with the demographic of people who feel like they have a voice in me. I’m glad I’m a woman, I’m glad I’m a rapper because I get to speak to these people who did not get spoken for in this genre.” – Lizzo

THIS FEELING TRACK OF THE DAY 07.03.15: THE VRYLL SOCIETY ‘BEAUTIFUL FACES’

THIS FEELING TRACK OF THE DAY 08.03.15: SERPENT POWER ‘LUCIFER’S DREAMBOX’