The older I get I have to admit that it gets increasingly difficult to keep up with what is de rigueur in the ever changing moods of the hit parade / top 40 / download chart or whatever it is called these days. It’s therefore good to be given the odd pointer here and there as to what is ‘in’ and what is not. Therefore I was all ears when I was informed Daft Punk and Pharrell Williams had made a new record with someone called Nile Jones. So, with one eyebrow raised I set off to discover who this new comer called Nile Jones was.

I should have known better as to take much notice of the person who informed me of this Mr Jones. The very same person uses phrases such as “it’s like butter off a duck nose” and “it’s no skin off my back”. When I began to make enquiries as to who this person was it became apparent that who they were in fact referring to was Chic main man and producer extraordinaire Nile Rodgers.

Despite the fact you probably hear a song he has written, played on or produced almost every day, it’s probably fair to say Nile Rodgers is not a household name. And that’s not saying he necessarily should be, however when you start googling Nile R and the first name up is that of Nile Ranger (the idiotic want to be gangster footballer most recently sacked from Newcastle United reserves) you do have to worry about the state of the nation.

But let’s not get bogged down in that. Now Rodgers is back in the limelight with what is going to be one of the biggest singles of the year, in the form of ‘Get Lucky’ let’s take the opportunity to delve into the genius of the RnB funk & disco god head. In the all-star line-up of his latest tune, (which you will be no doubt sick of by the time of the Ibiza closing parties come around) Nile is the main man.

And here is a ten step guide to why…

Rodgers could not have had a better apprenticeship in playing live music. His first proper gig was part of the house band at the legendary Harlem Apollo Theatre. Here at The Apollo he played on a nightly basis as the backing band to the premier league of funk, RnB and soul of the times with. George Clinton, Ben E King, Aretha Franklin and of course James Brown were regular performers. Not a bad way to learn your trade! 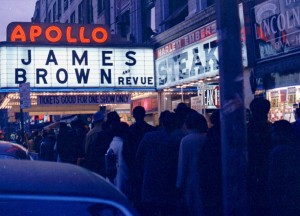 A musical partnership which would inflict their sounds on millions of people was born in 1970 when Rodgers met an uber dexterous bass player going by the name of Bernard Edwards. Together they formed The Big Apple Band and in the process Rodgers had his first group. TBAB initially started off again helping out as a backing band, this time for one hit wonders New York City. The success of their hit ‘I’m doing fine’ allowed Rodgers to travel the length and width of America as support act for The Jackson 5. Not bad. TBAB went on to enrol the then cool Luther Vandross as their vocalist and produce some of their own classic funk hits such as “Get Away” and their cover of “You Should be Dancing” .

After being inspired by a Roxy Music gig whilst in London, Rodgers had a vision and upon his return to NYC The Big Apple Band changed their name and Chic were born.

I was recently caught up in a pub discussion about the greatest debut singles. As you can imagine, there were many. To narrow the field, the argument turned to subsequent singles with the limit being 3. So, the best first 3 singles by a band. There was a unanimous winner and that was Chic. If you can find a better set of singles to introduce yourself as a band than Dance, Dance, Dance, Le Freak and Everybody Dance then please let us know!

A little fact about ‘Le Freak’ for you; it was written initially as a slate against the doormen at Studio 54 after Rodgers and Edwards were refused entry on a night when they had planned to meet Grace Jones there. Originally the chorus went ‘aaaaaahhhhhh, fuck off” and it wasn’t meant to be a single. It was eventually released and ended up selling 6 million copies in the process becoming Warners’ biggest ever single.

Follow up singles from C’est Chic and Risqué such as ‘My Forbidden Lover’ and ‘Good Times’ were equally unnaturally good and continued the untarnished catalogue of Nile Rodgers releases.

As well as defining the disco movement and coming out of it with immense credibility, Rodgers then went on to have an imperial impact on the world of hip hop. Widely regarded as the song which brought hip hop to the main stream, the seminal rap song, Rappers Delight by Sugar Hill Gang, took on the bass line of ‘Good Times’. ‘Good Times’ was also the basis of Grandmaster Flash’s ‘Adventures on the Wheels of Steel’, Daft Punk used it for ‘Around the World’ and its influence is also prevelant in Blondie’s ‘Rapture’

Rodgers’s numbers were sampled to death and unfortunately not all of it had the same impact as ‘Rappers Delight. Look no further than Will Smith’s ‘Getting Jiggy With it’ for evidence of that….

Although Diana’s 1979 album ‘The Boss’ had shifted decent units, Motown Records was on its arse, Ross was sounding dated and she looked destined for the scrapheap. Having heard the Rodgers / Edwards grooves pumped out in Studio 54 Diana Ross went calling and asked for them to write and produce her new album.

Simply called ‘Diana’, unsurprisingly this saw a massive return to form for Ross. The singles which it spawned ‘I’m Coming Out’ ‘Upside Down’ and ‘My Old Piano’ are still played regularly today.

At the same time as making Diana Ross relevant again, Rodgers was also given free reign of Warner records roster of artists to pick an act to write and produce for. Sister Sledge were the lucky beneficiaries and the world was then introduced to ‘He’s the Greatest Dancer’, ‘Lost in Music’, ‘Thinking of You’ and ‘We are Family’.

Seriously, has he ever released a poor single….?

In 1982 Rodgers left long time writing partner Bernie Edwards and at the same time left behind his RnB soul funk and instead moved over into rock when David Bowie asked him to produce his new album. This may have seemed like a risk to some but given the fact everything Rodgers touches turns to gold it was no surprise that ‘Let’s Dance’ became the biggest selling record of Bowie’s career. As well as the title track the classics China Girl and Modern Love were also born.

As well as bringing Bowie back and making Diana Ross worthy of air play again, Rodgers’s next massive impact was on the mid 80’s pop scene. This time he took on producing the giants of the day in the form of Madonna & Duran Duran. The result was ‘Like a Virgin’ selling 14 million copies whilst ‘Reflex’ Stayed at number 1 for 15 weeks in the USA.

Rodgers also got in on the act of writing film scores. As part of Chic he had previously released ‘Soup for One’ which was a success as an album, if not a film. His first solo effort came six years later when he wrote the score for Eddie Murphy classic ‘Coming to America’. This was of course a massive success, being the second highest grocing film of 1988. Rodgers relations with television and film goes back a long way. Even before he played at The Harlem Apollo he toured with the Sesame Street Band!

We Are Family Foundation.

Rodgers did his bit to help promote the healing process of his home city following the September 11th terrorist attacks. He created the ‘We Are Family Foundation’. He brought in over 200 musicians to rerecord the song he wrote for Sister Sledge over twenty years previous whilst Spike Lee filmed the accompanying video. Rodgers called the project ‘A Celebration of Common Humanity’. A documentary around the making of We Are Family received a standing ovation at the 2002 Sundance Film Festival.

The genius of Nile Rodgers cannot be quantified in my opinion. The music is all the proof that is needed. However it is a fact that Rodgers has written, produced or contributed to sales of over 100,000,000 records. That is fucking outrageous! He has just broken another record with ‘Get Lucky’ breaking the current spotify streaming record and history is still in the making.

His latest offering has put Nile Rodgers back to the top the charts and he is going nowhere yet – and long may that continue.