Frustrated with the creative output of The La’s (seemingly one album per lifetime), John Power formed Cast with fellow Scouse band Shack’s bass-player Peter Wilkinson. With Liam “Skin” Tyson (guitar) and Keith O’Neill (drums) making up the classic line-up, Cast played a role in the Britpop movement with just as much as importance as Oasis. In Noel Gallagher’s own words, watching Cast play live was “a religious experience”, which, along with Power’s songwriting craftmanship, lead to them being labelled “The Who of The 90s” (although, The Who did reunite in 96). Wonder which 60s group Noel would have likened Oasis to…

This collection is testament to those accolades, showing a band that grew and learned as their career ensured their place in the soundtracks to peoples 1990s memories. Live tracks included on all but three of the albums second disks highlight Gallagher’s “religious” statement; showcasing a band who sound just as tight – if not tighter – during live performances and acoustic radio performances. Particular highlights come from a live rendition of their seminal anthem ‘Walkaway’ on ‘All Change’, ‘Free Me’ and ‘Guiding Star’ from a Simon Mayo performance – sounding like a snapshot of that time, and a BBC recording of ‘Alien’ during the ‘Magic Hour’ era, which highlights a band who weren’t afraid to detour from the Britpop movement either. But before detouring, the journey has to begin: 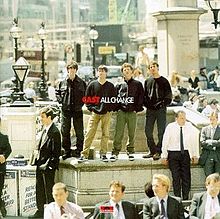 Imagine yourself driving a H-reg Ford Escort through a city in the summer of ’95. Steve Wright is still on Radio 1 and he plays a song that you know will always remind you of this time. ‘Alright’ is Britpop in a bitesize piece, instantly highlighting Cast’s relationship between the acoustic and electric guitars, each with as much importance and prominence as the other. ‘Alright’ followed debut single ‘Finetime’ – a similarly jangly slice of Scouse-sung indie – with ‘Sandstorm’ and ‘Walkaway’ making up the singles. The latter showcased a change in tempo, conjuring up echoes of huge crowd singalongs and, today, iconic scenes during significant TV and film moments from the 90s. The “Who” comparison is even more evident during ‘Tell It Like It Is’, with an introduction straight from the Rock Opera book of songwriting, while closers ‘History’ and ‘Two Of A Kind’ feature more experimental guitar work on the former and a drum-lead outro on the latter with more in common with The Stone Roses than any other act. Of the extra tracks on this collection, non-album single ‘Flying’ offers another source of hazy summer memories, while a more jovial tone – with hints of a certain other Scouse four-piece – can be picked up on B-side ‘Better Man’ and outtake ‘All My Days’. 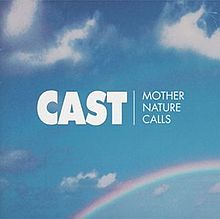 While ‘Mother Nature Calls’ suffers in parts with the symptoms of “difficult second album” syndrome, they are in the minority for a band with a bright future. ‘Free Me’ offers instants Oasis comparisons, with the electric guitar turned up (not quite to 11) and giving a deeper, dirtier output, while ‘Live The Dream’ offers a track which could have easily have penned by Noel Gallagher, especially with lines like “I don’t know where I’m going but I know where I’ve been, come on, look within.” It’s a comparison that has obviously come full circle, with The La’s an important influence on Oasis. Although ‘The Sun Shines’, ‘Guiding Star’ and ‘Mirror Me’ appear to follow a by-numbers style of writing, the more experimental tracks show promise of a lengthy career. Unorthodox rhythms on ‘On The Run’ and ‘The Mad Hatter’ hold interest throughout, while ‘Never Gonna Tell You What To Do’ offers an almost-Tudor influenced rhythm and ‘Dance Of The Stars’ goes for the epic moment, which it undoubtedly would have provided one of religious proportions live. B-sides from the MNC sessions aren’t quite as strong, with the majority of them seeming like unaltered demos. ‘Keep It Alive’ is delivered with a thumping bass, while ‘Theme From’ is definitely a highlight, and could easily have provided the foundations for the theme from a Bond film. ‘Flow’ and ‘Effectomatic Who’ are more interesting though, offering hints of a more psychedelic future for the band. 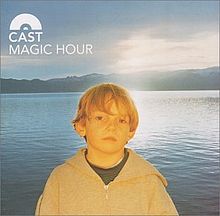 Electricity is the magic flowing throughout album #3, ‘Magic Hour’; with ‘Beat Mama’ giving Cast their most anthemic moment yet. Distorted guitar work on ‘Dreamer’ and ‘Higher’ are the pay-off from those earlier psychedelic hints, with the latter providing an uplifting chorus which could easily have soundtracked the montage from a Beatles’ film. Not that the electricity is turned on throughout. ‘Magic Hour’ is a sweet track accompanied with sweeping strings, which also lend themselves to moments of closer ‘Hideaway’; playing against the rough of the guitar and providing light and shade with majestic tones. Strings aren’t the only interesting element of ‘Alien’, which also sees electronic samples throughout – almost a modern day ‘Space Oddity’ for a new generation, and as previously mentioned, one that sounds bigger and better live. Of the bonus tracks, the B-sides are a prime example of what B-sides should be; experimental tracks that don’t always fit the feel of the album but do offer alternatives for the fans. ‘2 Nines Are 28’ and ‘Hoedown’ showcase rhythms that don’t quite rhyme, ‘Gypsy Song’ and ‘I Never Wanna Lose You’ offer minimalism in different ways and ‘Whisky Song’ leads from its natural melody into almost B-movie soundtrack moments. 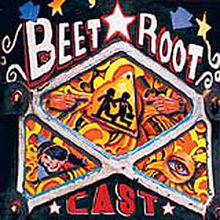 Within half a mili-second of ‘Beetroot’ starting, listeners may have questioned whether the wrong disc had been put into the case. With flutes and Latin beats throughout, Cast’s fourth album was more than a walkaway from their other three. Trippy in parts, dance-influenced in others, it would become a commercial failure and ultimately lead to their split. Which is all wrong, as ‘Beetroot’ contains more interesting (and for the right reasons) moments than any of the other LPs. ‘Curtains’ holds elements of their original acoustic-lead sound, but with more atmosphere (particularly when the choir kicks in). Synthesizers and samples help to create almost hypnotic moments during the aptly titled ‘Lose Myself’ and ‘Meditations’ (which swiftly goes from Fleetwood Mac’s Big Love to Michael Flatley’s Riverdance via electronica). There are even Kraftwerk-style moments (a band you might never have placed in the same sentence as Cast), and even when familiarity is restored, it’s in a different way than before. ‘Universal Grinding Wheel’ could be a Paul McCartney track, but not a jangly, upbeat number. No no – it’s a brass-lead track that could be a war-time singalong, in the same vein as the ditties that Lennon so hated. Here, though, it works, and closes a hugely underrated and ignored classic. A nearly lost album that, with through these remasters, will hopefully be found again.