"...a classy, imaginative, risk-taking project that doesn’t fail in its aim of encapsulating the power death has over us all."
Rating:

Abstract hip hop. That’s how someone described Flying Lotus’ fifth studio album to me this week – and it’s incredibly difficult to offer a better adjective.

What Lotus, real name Steven Ellison, has done with You’re Dead! isn’t anything like what most hip hop fans will have heard before. For many of those fans, last year’s Yeezus, supposedly Kanye West’s attempt at challenging the frontiers set by the likes of A Tribe Called Quest and Run D.M.C, was transcendent enough.

Ellison, who actually claims he should have been involved in the production of Yeezus, offers an invitation to his head both in the cover image and throughout what is essentially a 38-minute adventure. It’s an adventure that showcases Kendrick Lamar, on ‘Never Catch Me’, the album’s stand-out track. Lamar tells us: “Life and death is no mystery, and I wanna taste it,” in a line that rather summarises the record’s underlying message of the desire to evade death and live on through legendary status.

‘Never Catch Me’ is the fifth track of the LP, and forms a conclusion to the first four tracks, which act like the scaffolding of a sky scraper. That statement is true of the entire album, with FlyLo seamlessly combining the 19 tracks to produce what can ultimately sound strange if heard in any other form than its entire body.

Snoop Dogg features directly after his fellow West Coast rapper Lamar, alongside Ellison’s alter-ego Captain Murphy on ‘Dead Man’s Tetris’. Murphy’s creepy laughing coupled with Snoop’s warped description of a family crying at a dead man’s bed forms an emotional effectuation. “Beep beep, flatline, gotta get yours, I been had mine,” Dogg spits, apparently from the after-life.

It’s worth asking the strange question of why Lotus didn’t simply appear as himself instead of Murphy more often, because adding his character to the record’s largely unreal messages on death actually serve to give the music the animated feel seen on the bizarre ‘The Boys Who Died In Their Sleep’. “Take another pill!” mutters the fast-paced, voice-in-your-head type character. That record in particular takes a while to get your head around: it’s essentially the ramblings of a paranoid drug addict on the brink of, you guessed it, death.

‘Coronus the Terminator’, one of the Thundercat-produced songs, shares that animated pose. Star Wars-style gun noises ring around the track, which can actually make it difficult to listen to. You’ll find yourself trying to work out what the noise effects are and why they’re there, then realise you aren’t actually listening to the song.

‘Siren Song’ features the classy vocals of ex-Dirty Projector Angel Deradoorian, which ping around the 2:38 track in the style of a hymn. As the title suggests, the track is based on the premise that Deradoorian’s voice forms a siren, and much like an actual siren you’ll soon wish it would stop. 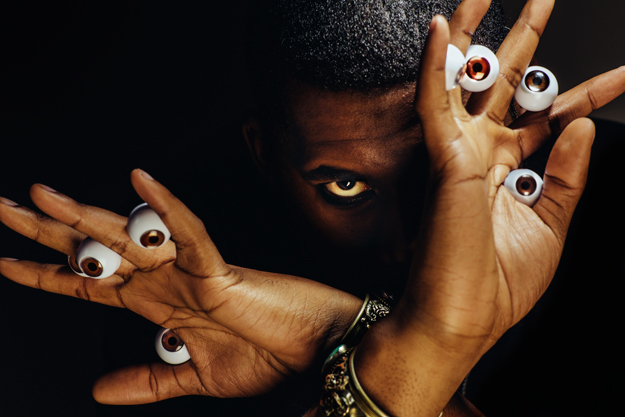 Wishing it would stop, however, isn’t a theme that runs throughout You’re Dead!. It’s a classy, imaginative, risk-taking project that doesn’t fail in its aim of encapsulating the power death has over us all. FlyLo reminds us of our immortality, all the while skipping between alive and dead like a prophet from ancient folklore. Whether the album will live on forever, unlike us, is debatable. What is certain though, is that Steven Ellison will continue to influence creative hip hop for as long as he and Captain Murphy are willing to blend jazz, bass, electronica and hip hop with such powerful life questions. The intuitive, thought-provoking concepts present truly give the album a feeling of a layered masterpiece: a utopian work of art.