Listen up because Brighton boys The Kooks are back in town and by the sounds of their latest release, they’re here to stay. Even though the world had grown tired of The Kooks’ feel-good pop anthems by 2011’s release ‘Junk Of The Heart’, it’s apparent from the opening track on the new album that the three year hiatus has done the band nothing but good. This record sounds like your morning stretch – it’s wholly satisfying and sets you on track for the rest of the day.

Opening track ‘Around Town’ is the lyrical expression of “for better, for worse” with Luke Pritchard’s question “will you love me when the chips are down?” and appeal “I need someone to love in the middle of the day” acting as a potent reminder of the monotony of everyday life to the listener. It’s all well and good having nights of all-consuming romance, but it’s better to have a person that will stick around as the hands crawl around the clock face. This is catchy melody that feels full bodied thanks to the gospel chorus-style backing vocals. It fades out into nothingness, making it sound very much like “the world is crashing all around”. Cohesive and neatly wrapped up it sounds like The Kooks have spent the last three years learning to tie their shoelaces and act like grown men – rather than just teenagers trying their luck with their instruments.

The silence is replaced by the simplistic chord sequences and Alexis Nunez’s drumbeat that lay the foundations of ‘Westside’, before Pritchard’s vocal dominates as is typical of The Kooks. However by the chorus and declaration that “we could settle down / and start a family” there’s a distinct electronic component to the track that adds a layer of complexity to the song and hints at the time that the bands frontman spent working with both Mark Foster – especially given the tracks simplicity. An incontestably catchy number, but rather unobtrusive to say the least.

‘Forgive & Forget’ is remarkably similar to ‘Around Town’ in that the backing vocals ‘ahhh / yeahhh’ dance along the invisible boundary that separates a song from ‘catchy’ and ‘annoying’.  Opening with acoustic chords that are swiftly trampled on by a dazzling disco melody, Pritchard’s vocal is sloppier than we’ve ever heard before which suggests the revitalised Kooks exude a confidence they didn’t have before. This song is slick with guitar licks and the formulaic feel good chorus that one has come to expect from the band.

‘See Me Now’ is a heartfelt ballad that sounds like the B side to The Feeling’s ‘Boy Cried Wolf’ as it builds to a momentous crescendo. It tugs on your heartstrings and it’s easy to sing, sway and clap along to. It’s pops answer to Luther Vandross’ ‘Dance With My Father’ and hard to believe it’s not Dan Gillespie, The Feeling frontman, singing in the place of Pritchard. ‘It Was London’ opens with some scuzzy riffs and noises that sound exactly like hectic, chaotic London. It’s not quite The Clash’s ‘London Calling’ in terms of anthemic quality but it’s certainly raw, noisy and enthusiastic. These are tracks which will be interesting to see transformed into a live performance as part of the bands UK tour this October/November. 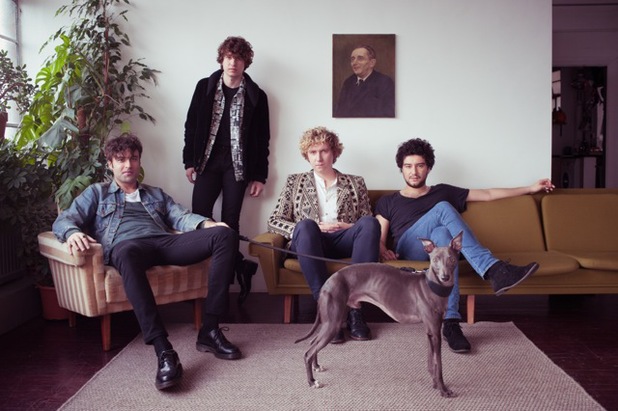 ‘Bad Habit’ is a ready-made crowd pleaser with the claps and backing vocals that lend the track the same hypnotic quality that Foster the People are notorious for. Pritchard’s vocal skips around like a teenager whose voice is breaking – but instead of being embarrassed, the Kooks frontman owns it and bounces about over the spectrum. There’s a slight Blue Keys-esque vibe as Pritchard drawls “baby got her head down” and it’s fair to say the Kooks sound sexier, this time around.

As if to prove a point, ‘Down’ is an explicitly sexual track. There’s no question about whether she moves in her own way here – it’s clear ‘she’ does what she wants “Yeah, you’re fucking behind me / Fucking behind me / Fucking behind my back”. If addicts injected their veins with ‘Down’ in solute format they’d probably not notice the difference in the high. This track exceeds the spectrum of ‘catchy’ into a new boundary of brilliance. The vocal exclamations of “owh!” amongst the backing components contribute to a track that feels entirely improvised – a skill that takes great levels of confidence to pull off.

‘Dreams’ sounds like the perfect soundtrack to an ‘Arabian Nights’ esque tale. It’s full of bizarre lyrics “I was playing the flute / In front of the Eiffel Tower / To a man in a starlight suit” which is most likely the result of a tryst with pharmaceuticals. It’s an interesting concept albeit not one I’m sure if The Kooks are able to pull off – they look too clean cut and innocent to be writing the next ‘Lucy In The Sky With Diamonds’. ‘Are We Electric’ opens with a falsetto that wouldn’t be misplaced on The Wanted or another similarly mediocre mainstream boy band’s album. However the melody fades to an unobtrusive yet atmospheric melody (with Hugh Harris on guitar, Peter Denton on bass) that Pritchard sings over in a spooky falsetto ‘electric together’. It sounds like glowsticks and in the same way as the disco accessories; this track is cool initially but soon loses its novelty.

The album concludes with ‘Sweet Emotion’ which is an self-effacing declaration of affection “she’s always on my mind” is sung in a near whispering tone that evokes thoughts of first crushes and that sensation of infatuation – not being able to shake thoughts of a person from your daily routine. It’s low-key, it’s safe and it suggests that The Kooks may have run out of steam by the records conclusion. Attempting to burst back onto our iPods and into the charts after three years of silence will be no mean feat… but we’ve done what they’ve asked us, and listened, and we think there’s a chance they just might have cinched it. 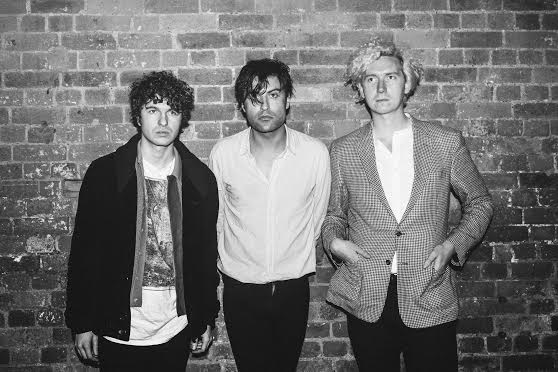