"The more you hear of Certified, the more you understand why Sneakbo has over 20m YouTube views under his belt."
Rating:

In today’s music scene, the ability to release an album which offers everything loyal fans love, while taking risks and demonstrating something fresh, is something that’s becoming rarer and rarer and thereby more revered. It may come as a surprise to many of you who know of 22-year-old London rapper Sneakbo, then, to see such an ability recognised in his possession, as he exhibits on Certified.

For an artist previously known for his Ibiza club track heavy releases, Bo-Bo offers multiple different avenues for new and old fans to explore on his latest LP, luring in the double MOBO winners and currently hugely in-demand Krept & Konan for the third track of the album, ‘Right Here’. It’s a record that screams of the Play Dirty masterminds; which is of course a compliment of the highest order. “I couldn’t tell you why these niggas hate me, But I don’t give a fuck I’m getting head in the Mercedes” Bo spits, after confirming his friendship to superstar Drake – in case you hadn’t heard, Drizzy says Sneaky had a huge impact on 2011’s globally acclaimed Take Care.

But that’s not to say the 22-year-old lives off past friends and achievements on this record. The track before he unveils Krept & Konan sees Sneakbo team up with MusikMaestro for an upbeat, flamenco-style track titled ‘Them Days’, which somehow stands out as unique despite the various genres and styles featured throughout the project. MusikMaestro’s catchy hook provides the canvas for ‘The Wave’ rapper to add the colour of his life so far, including his Dad leaving, stealing DVDs and his 8-month prison sentence. Bo concludes with the bar: ‘Got a Roley and this time, no man down, Not a Hollywood nigga, I’m from A Town’, capping off his rise, fall and rise again story.

The more you hear of Certified, the more you understand why Sneakbo has over 20m YouTube views under his belt. Based on much of this album, you’d expect him to struggle on ‘Run This’, the track which seems tailor-made for Kiss FM with Angel’s vocals, but the Brixton man just blends in regardless. In a largely meaningless verse about a “gyal from Twitter”, Sneaky squeezes in more music references than you’d think possible, with anything from Bob Marley to the Macarena included, as well as paying tribute to some other fellow London artists: “Causing a Heatwave like Wiley, I nearly passed out like Tinie”. If you’re one of the few urban music fans that aren’t fans of Krept & Konan, this will be your favourite track, as opposed to the previously mentioned ‘Right Here’. It’s wonderfully produced, and in spite of the slightly Simon Cowell ‘Don’t you know you run this party?’ hook, it’s a track I can see being played for a while yet. 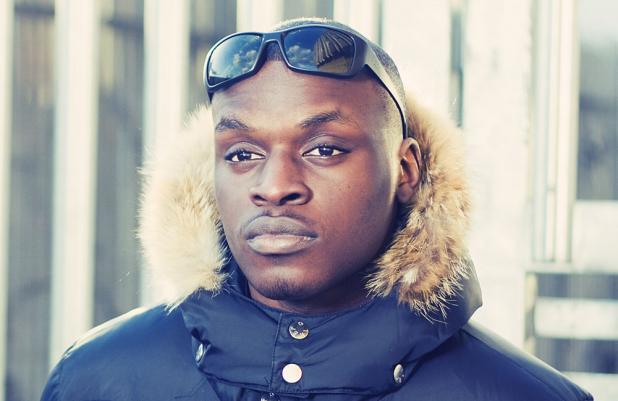 The final few tracks of the album all carry a similarly female-centric, romantic vibe, contrasting to it’s early, grimey records, which are full of chauvinistic, objectifying statements. It almost feels as though Sneakbo wants to be the kind of artist that pleases polar opposites simultaneously; and that doesn’t always prove to be a good decision.

On ‘Stick Around’, he pulls on his romantic suit, “talkin’ bout being together for a life time”, treating a girl to Jimmy Choos and eating out in the West End, which coupled with Christopher Martin’s smoochy hook is sure to melt the heart of even the toughest of his fans. By the way, when Martin sings “When I get that feeling…” on the hook, 10 points to you if you do anything but scream “SEXUAL HEALING” like Marvin Gaye. For that alone, I found it difficult to take the track seriously.

My advice with Certified would be to expect absolutely nothing. By that I don’t mean quality-wise, because it’s there in abundance, but don’t expect 17 tracks of explosive bars, nor the club bangers you may have come to expect from Sneakbo. It would be far too obvious and probably an undeserved compliment to say there’s something here for everyone, but it’s also clear that Bo is looking to continue riding the wave of hype currently surrounding his name by trying his skills out on a variety of platforms. While he should experience nothing but praise for doing that, it’s clear that at times even he isn’t sure if he’s doing the right thing; with his contradicting lyrics and manufactured verses lacking personality. Sometimes, just sometimes, the risks just don’t pay off.