"It appears the now 45-year-old RZA feels compelled to force the Wu to try something new..."
Rating:

Don’t call it a comeback. Those were the iconic words of LL Cool J back in 1991, shortly before legendary group and fellow New Yorkers Wu-Tang Clan shot to the peak of East Coast hip hop. Now, nearly a quarter of a century on, LL’s words are perhaps more relevant than ever, as the Wu return for their first LP in more than 7 years, A Better Tomorrow.

A year later than initially planned, having originally been intended to mark the 20th anniversary of the emblematic 36 Chambers, much controversy has surrounded the project; with rumours of disagreements amongst the group still rife even post-release. Upon hearing the album, the so-called beef between Raekwon and leader RZA, with the former believing the latter to be taking the Clan and the album in the wrong direction, is easy to understand.

No-one is doubting the production talents of RZA as anything less than one of the all-time greatest, but A Better Tomorrow has a prevalent feel of overdone and often pretentious beats that subtract from the raw, gritty bars of the likes of Method Man and Ghostface Killah. The excessive drum and bass of ‘Felt’, for example, tarnishes a track which had the potential to be among the album’s best, considering Meth’s genius lyricisms like “I take that rapper’s belt myself, I feel how Cappa felt / I don’t really need help, use a Sharpie, don’t need the felt (marker)”. It appears the now 45-year-old RZA feels compelled to force the Wu to try something new, while the rest of the group remain content with building tracks around the same powerful bars that got them to where they already are.

That difference in opinion is never more apparent than on ‘Mistaken Identity’, when it’s actually difficult to hear much of the verses over the warped guitars and keyboards. What results is a messy battle for attention not dissimilar to the recent Red Bull Culture Clash, with the irony of Streetlife’s hook clearly lost on him when he declares: “Check my ID, Wu-Tang, that’s the legacy” – but is it really? 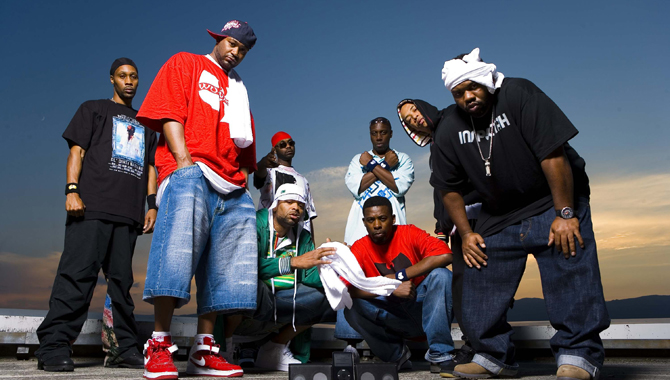 Look out for perhaps the most bizarre RZA-produced track of all, ‘Preacher’s Daughter’, the Dusty Springfield sampling, mish-mash of blues and rap that answers the question of why no-one has ever tried to blend the two before. You’ll be hard-pushed to find a cringier, less thought out chorus than “The only girl that could ever please me, was the daughter of a preacher man”, and that in itself speaks volumes of the record’s value.

It should come as no surprise, then, to hear that much of A Better Tomorrow’s strongest productions don’t come from the hands of RZA. Long-time associate of the Clan, Mathematics, doesn’t fail with his two efforts, ‘40th Street Black/We Will Fight’ and the album’s lead single, ‘Keep Watch’. The former is in the vein of the classic ‘Gravel Pit’, combining the communal “We live our lives tonight as one” hook with the Wu’s trademark upbeat pace that will challenge you not to nod your head or tap your feet. “If you see the pigs, don’t say Jack/Call me original, don’t say Cap” Cappadonna spits, echoing the old-school, police-hating sentiments that were so popular in the 90s.

‘Keep Watch’, meanwhile, showcases Meth, Inspectah Deck, Cap, and GZA, with GZA’s space-based verse its pinnacle. His solar system comparisons to the Wu’s influence are refreshing and are perhaps one of the few risks on the album that pay off. Meth’s opening verse, by the way, is also worthwhile, with his HBO-referencing “It’s Meth, you heard it through The Wire I could be more/Or washed up like Sonny Black’s body on the seashore”. Name-dropping Sonny Black, the allegedly mafia murdered 80s FBI assistant, typifies the retro feel to the record, and thereby everything that’s great.

Mercifully, there is a three track stint around two thirds into A Better Tomorrow when RZA apparently realises how great Wu-Tang Clan can be on fairly simplistic productions, beginning with ‘Pioneer the Frontier’. RZA himself uses the menacing platform to pay tribute to A Tribe Called Quest (“Found Q-Tip’s wallet in El Segundo”) and it’s a relief to hear the recognition of his inspirations – because he appears to put the futuristic, melodramatic and consequently out of place beats on hold as a result.

Every hardcore Wu-Tang fan’s smile will return on ‘Necklace’, the next of the three starring tracks, because for the first time, it suddenly feels like an actual Wu album. It’s careless, boastful and punchy, with the consistent jewellery references making for a ferocious outcome. “I keep my neck frozen, .45 loaded, please don’t approach this/Rope is so ferocious, diamonds that shine in oceans” Raekwon rhymes, in what is undoubtedly his best feature on any of the 15 tracks, after Ghost’s “The snakes and the violators, Dracula style takers/We got a bunch of gold balls, but we ain’t the Lakers” steals the show.

By the time the album’s bizarre climax ‘Wu-Tang Reunion’ rolls onto your speakers, you’ll likely be underwhelmed. Its description of a Thanksgiving style party, makes for a comical moment by sampling The O’Jays ‘Family Reunion’; “It’s so nice to come together, to get together, I wish Grandma could see”. How exactly did we get from ‘C.R.E.A.M’ to this boys?

“Wu-Tang Forever” declares RZA with the album’s final lyric. Indeed. But let’s brush over this latest gathering, shall we?