It was the first day of Reading Festival 2019 and I don’t think anyone was prepared for how it was going to be, so with that in mind, Blackwaters and sat down outside the press tent to chat, whilst hoping a breeze would appear and cool us down, (it didn’t…). 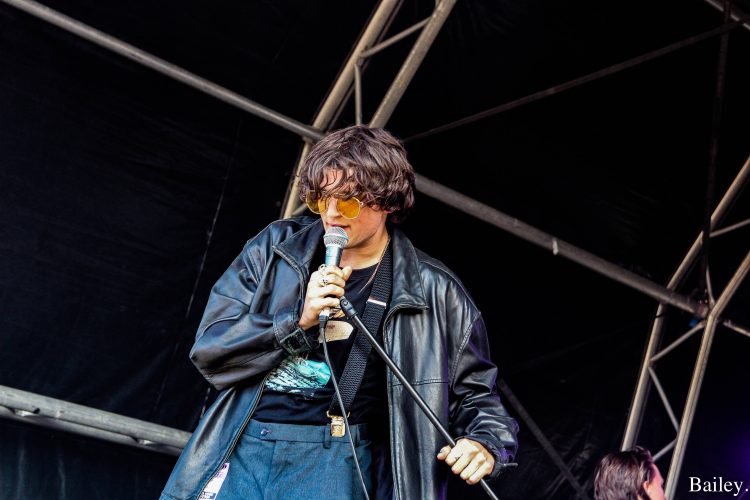 Max: Very good Elly, how are you?

I’m good, I’m good. You guys are playing in a couple of hours, are you excited, nervous?

James: Really excited, we haven’t played too much this summer so I guess maybe a bit more nervous than usual, but definitely more excited.

Have you checked out the site and seen where you’re playing?

Max: Yeah, we had a wander around, it’s a pretty big site.

You guys released your new single, Long Way to the Sun, at midnight, is this the first of more to come or a one-off release for a while?

Max: We’ve literally just come out of the studio, so we’ve got more tracks prepared, so there’s more to come, pretty soon I hope.

You’re supporting The Libertines, are you guys big fans?

Max: Yes! Me and James bought tickets to see them at Reading Festival in 2015, so it’s really cool to be working with them.

James: It’s really weird, cause like when you listen to The Libertines, before you meet the band, you kind of have a different perspective on the songs after meeting them, because you know them, you know how they write music, you know how they are in the studio, so you can hear a lot more behind the music before.

Any plans for your own headline tour?

Max: Yeah we do, defiantly.

James: There’s so much coming but we can’t say anything yet.

Max: But I’m pretty sure it’ll be next year.

James: I think the next headline tour with do, we don’t just want to throw it out, we want to get people really excited to see us.

Can you explain a bit more about the Arts Lab you’ve created? You’re trying to get people together to create things?

Max: It’s a movement from the 60s/70s, there was the Dury Lane Arts Lab and Bowie used to go there and write and practise and stuff. And we didn’t think there was space in Sheffield for people to do that, everyone’s kind of up in the air with where to go, who they can collaborate with, so we’ve made it a very collaborative thing, very community lead.

James: Max came to us with the idea, and I think too many people try too hard to create a scene and really it should just happen. Too many bands in Sheffield didn’t know where to go so we create a space where they can come together.

Max: It was such a simple idea too, but works so well.

What kind of things do you have in the works?

Max: We have a book club, art sessions, movie nights, open mic’s, and then put on our yard party gigs, it’s going well, we don’t want to limit it to just music, just creativity in general.

This Feeling Track of the Day: The Chevin ‘Under The Thunder’