As I begin this review, it’s Monday morning and John Lydon is in Brighton, half a mile down the road from my house, to meet the public for a book signing at Waterstones. I’m still trying to decide whether to pop down: meeting your heroes can be a disheartening experience, particularly when the person has a reputation as a ‘man of the people’ and has done much to break down the walls between artist and audience…

Anger is an Energy: My Life Uncensored is a fascinating read, as you’d expect from the story of someone who has gone from being public enemy #1 in the late-70s as the lead singer of the Sex Pistols to National Treasure™ in recent years following his jungle exploits on I’m A Celebrity. Where John’s last book (Rotten: No Irish, No Blacks, No Dogs) concentrated on his time in the Pistols and ended in the mid-nineties before the Filthy Lucre reunion tour, this time around we get the full story (so far). The tone is nostalgic, rather than sentimental, and the author’s honesty is as searing as ever, particularly when addressing manager Malcolm McLaren’s self-exaggerated role in the band’s success: “It was just him trying to tailor us like we were some new silly t-shirt he’d come up with. Control freakism. Did you think I’m some kind of packaged hamster you just purchased and put a sequinned neck-choker on?! You daft cunt, telling me what I do and do not like. Fuck off!”

Another to suffer the wrath of John is producer Bill Laswell, who recorded initial sessions for Pil album 9: “After a couple of days in their studio he said the band couldn’t play and he hated all our songs. He said he’d written songs and I should sack everyone and use his people, and come out with a U2-type product. I told him to fuck off and we packed our bags and left.” Celebrities are also given short shrift. An appearance on Frank Skinner and David Baddiel’s Fantasy Football League show is cut short after John is locked out of the studio: “I weren’t gonna toe the line with those pompous stuck-up alleged comedians, mocking old England players, turning football into the farce that it’s become.” Neither is he a fan of WAGs: “A huge fuss was made for the arrival of Jerry Hall. Eh? That’s just someone Mick Jagger bonked. Give it up!” Celebrity endorsement for so-called good causes is also rubbished: “Band Aid was all smuggery and naked ambition and self-righteous patting-on-backs. It was unbearable. Not to solve any problems at all, but really self-aggrandizement.” 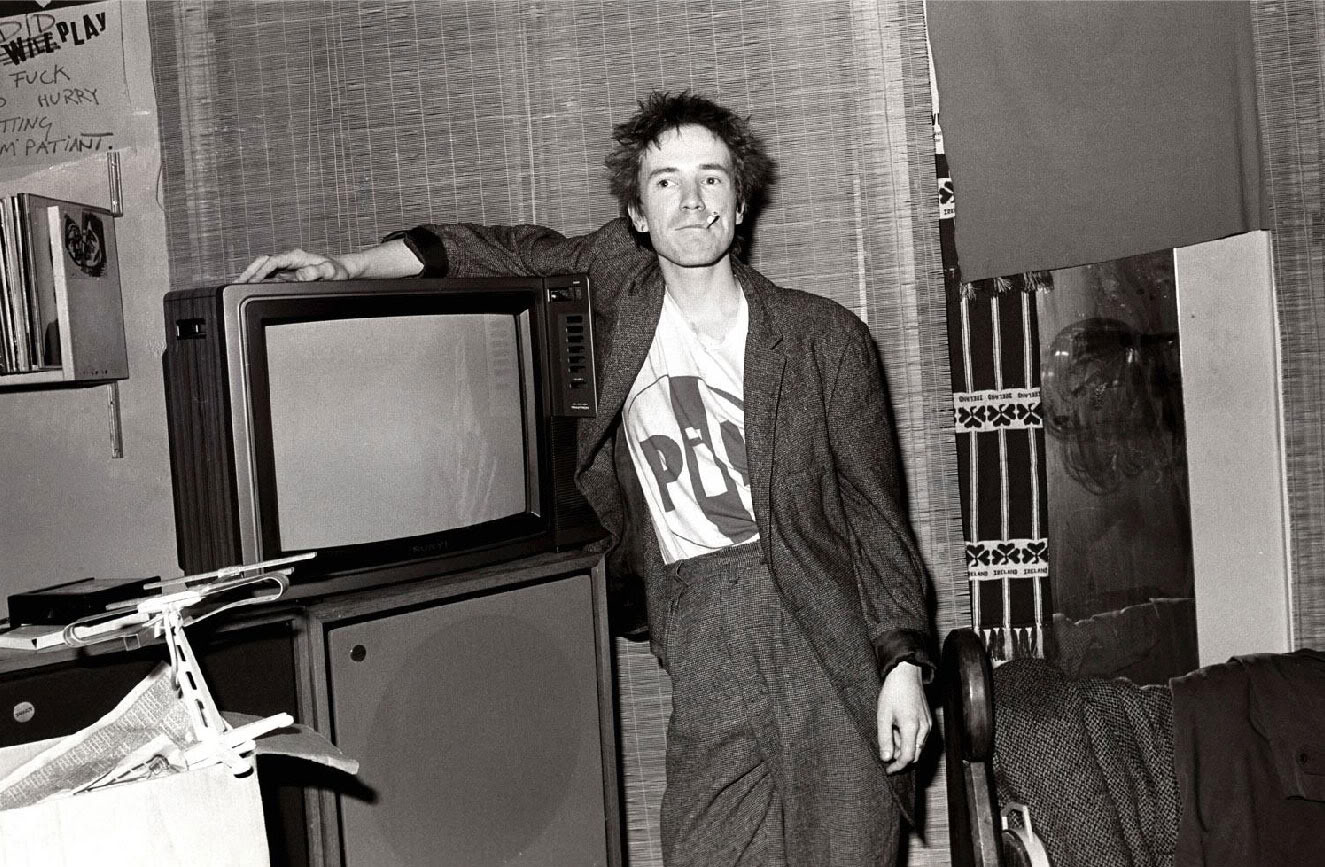 What may surprise some readers is which famous people John does have an affection and admiration for. On Pete Townshend: “You feel there’s a protective spirit when Pete’s around. It’s always favourable and open-minded, and if he doesn’t understand what your ideas are, he will not tell you different. He will back you even on that, and that’s kind of father-like.” Another rock star to get the thumbs up is Robert Plant: “A great fella… He’s very open minded; he’s everything good in music. I really, really like him. I mean, I don’t like his hairdo, but so what?” John also ‘fesses up to liking a host of 80s pop stars, including Annie Lennox (“A lovely person. I’ve got great respect for her – big time!”), Simon Le Bon/Duran Duran (“I liked him as a bloke, and I like a lot of their songs”) and Boy George (“He came up with something really great and challenging. At a time when punk had got staid and boring, out comes Culture Club. Fantastic”).

Elsewhere, there’s a rich stream of anecdotes and revelations. After Sid Vicious joined the Pistols, it was Lemmy who attempted to teach him to play bass. After the band broke up, John auditioned for the part of Jimmy in Quadrophenia at the request of Pete Townshend, only to lose out to “That ratty character with the black hair, Phil Daniels”. (We also learn that during this audition process, the title and packaging of Pil’s seminal album, Metal Box, was inspired by the metal film canisters delivered to John’s house.) John does go on to star in Italian crime thriller Copkiller with Harvey Keitel, though his acting career stalls despite being offered a role in horror film Critters. Other interesting ‘what-might-have-been’ moments include Red Hot Chili Peppers’ bassist Flea nearly joining PiL (“I would’ve loved to have worked with him”), Justin Timberlake being considered for the lead role in a movie adaptation of Rotten: No Irish, No Blacks, No Dogs (“I thought, ‘That would work.’ Because Justin at the time was out there, but he was coming to a rough end in his music”) and John being approached by Channel 4 to present 90s music show The Word. But the most significant near miss occurs on 21 December 1988, when John and his beloved Nora are running late and miss getting Pan Am Flight 103, the plane involved in the Lockerbie bombing. Chilling stuff.

In recent years, a new audience has discovered John Lydon via his appearances on television, not only on I’m A Celebrity, but also on a series of nature documentaries. It’s clear from his account here that he had a blast on these shows, displaying the same unwillingness to follow convention and a desire to be original. Accusations that he sold out by promoting Country Life butter in an ad campaign are dismissed with no regrets (and rightly so), because the money enabled him to put Pil back together to tour and record a new album (I suspect that after Nora, his family and friends, the band is his biggest love). Anger is an Energy connects the threads of a miraculous life that hopefully has many more chapters to come.

It’s now almost 3 pm, and there’s still time to get myself down to the book signing. But I realise I don’t need to meet John Lydon in the flesh today to continue to like and respect the guy. I’ll still love the Pistols and Pil, still listen to what he has to say in interviews, still admire his honesty and enjoy his acerbic wit. This book reminded me of all of these things and more. May the road rise with you, Johnny.